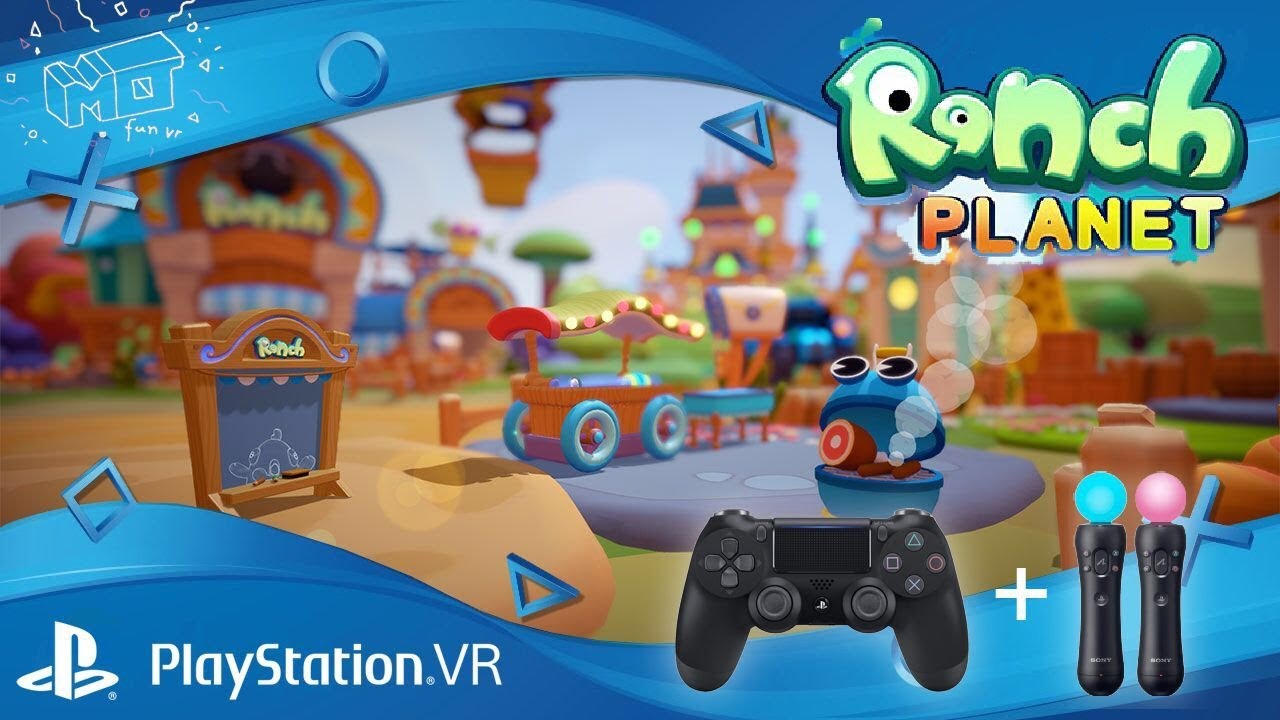 One of the most unique features of PlayStation VR is the social screen. Unlike other virtual reality headsets, this second screen allows other players to watch, and it also opens up unique local multiplayer experiences. Ranch Planet is a colorful new game for PSVR that leverages this feature to offer minigames that multiple people can participate in.

It’s a sound idea that has worked in the past for other titles but does Ranch Planet do enough to differentiate itself, or does this planet feel a little hollow? Let’s find out.

Ranch Planet’s store page describes a sort of story, but the actual game doesn’t touch upon this, instead, the game throws you straight into the menus to get started. One thing I noticed immediately is that most of the game was unavailable to me if I was playing alone. Without a second person using a Dualshock 4, Ranch Planet is a pretty small experience.

Playing by myself, I was able to do challenge mode, and that’s about it. In this mode, you’re tasked with capturing animals using a rope gun that functions similar to a fishing rod. Using the PlayStation Move controllers, you can shoot out a net and then reel in your catch by making circular motions with the second controller.

The controls work fine, and some special items mix up the gameplay slightly, but things quickly got frustrating when I encountered the enemy vulture in the challenge mode. You must rope in enough enemies to beat out the enemy, which is fine, but when you both grab the same animal, a tug-of-war begins.

When you add a second player on the social screen, it adds some variety as you have another player competing with you, but the modes don’t do very much to mix up the experience. The gameplay mechanic remains largely the same through every mode.

The only mode that stands out is the cooperation mode. In this mode, the VR player must relay buttons to the other player to press so they can supply ammunition. The concept is sound, but too often the game would refuse to, quite literally, cooperate, despite hitting the correct buttons.

Ultimately, Ranch Planet is one decent idea spread extremely thin across an entire game. The lack of variety and single player modes really hurts the experience, while the glitches bring down everything further.

Had this been a larger collection of minigames, it could have been a fun title to play with younger players, but even then, VR is not intended for children, so it would have been a hard sell, even with more content.

An Overdose of Color 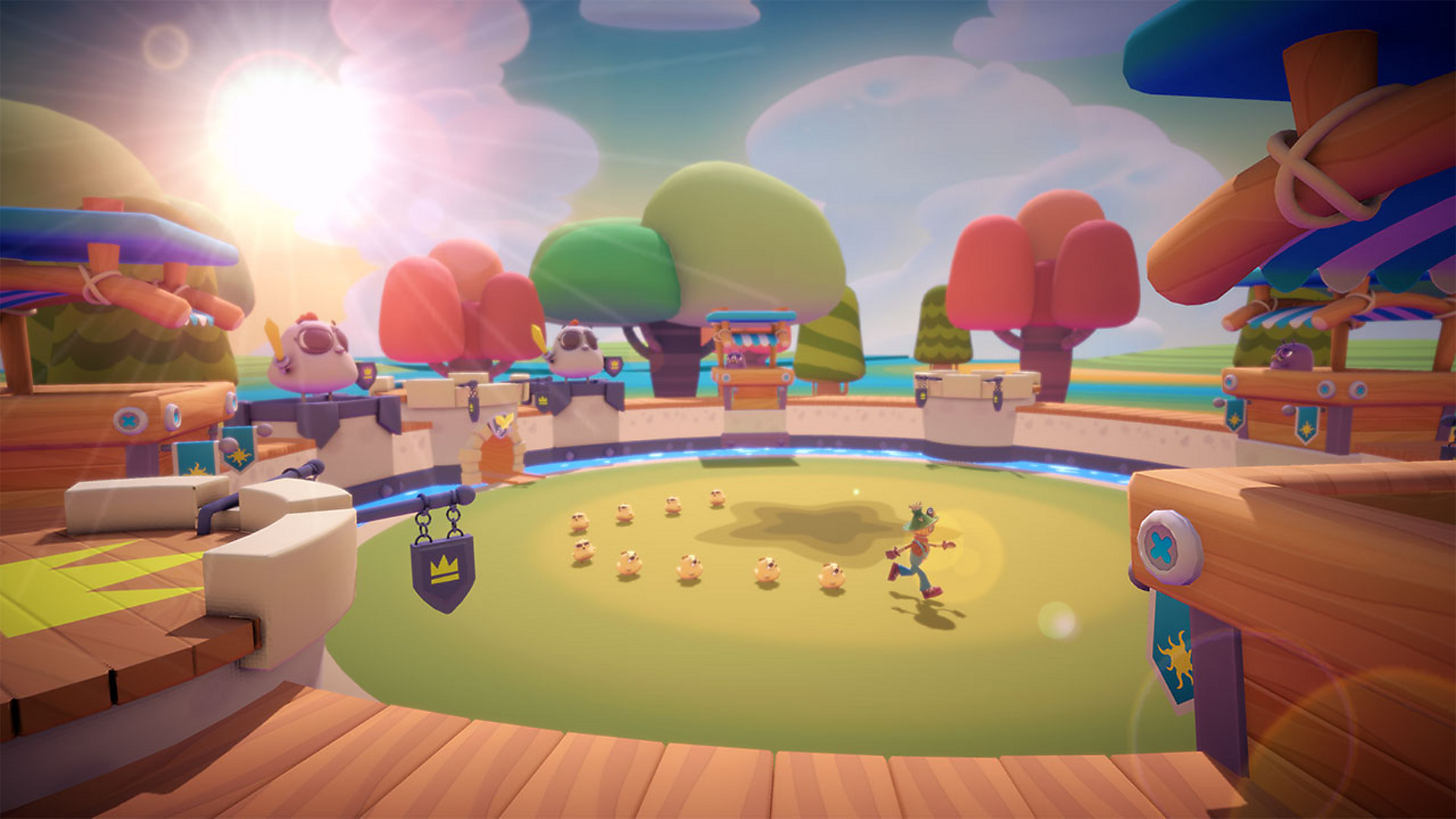 Ranch Planet has a very colorful art style that looks fine in screenshots, but when you’re in VR, it can be a lot for the senses to take in. That being said, it is a refreshing change from some of the darker more moody titles I’ve played on PSVR.

For the asking price of $15, Ranch Planet simply doesn’t offer enough content. It has one mechanic and one mode for a single player that isn’t enough to carry the whole experience. When you add a second player, the options increase but the experience remains largely the same.

I never enjoy issuing a low score, but in this case, there’s simply too little to justify the price. This game should have received more attention and time to develop into a full experience. As of right now, it just feels like a slightly polished tech demo.