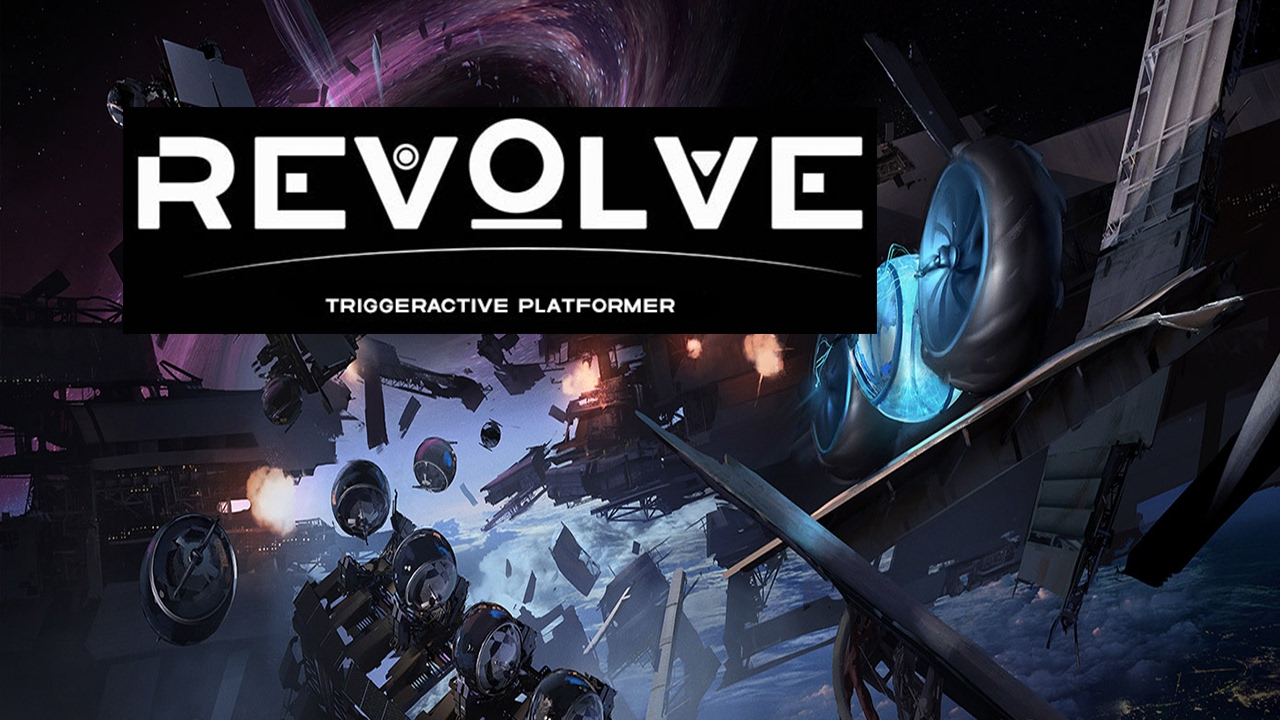 We're used to having control in our games. We have a DualShock 4, or Move controllers if you're in VR, and we execute direct input over our characters. Even strategy games offer a pretty solid level of control over what is going to happen. What happens when a game comes along and takes that control away?

We've seen it happen before, but not very often, and with mixed results. Revolve is here to take away your control once again. This is a physics-based puzzle platformer where you can influence the world, but you can't directly control the outcome. Does it help you think ahead and challenge your skills, or does the lack of control ruin the experience? Let's find out.

An Interesting Premise That Sticks to Its Guns

The concept behind Revolve had my interest piqued from the moment I first saw it. A cool dystopian sci-fi setting, action puzzle platforming, and a physics-based premise. I had to give this one a shot.

In Revolve, you'll eventually have access to four different actions: boost, brake, jump, and switching gravity. These actions directly influence the outcome of the situation, but at no point, do you have any direct control over the protagonist, Reevo.

Instead, your actions will inform the physics of the game world, and it will react accordingly. It's actually pretty refreshing to change perspectives like this. Relinquishing control is odd at first, but soon it becomes liberating.

You're forced to react and change your tactics for each situation. If you see yourself barreling toward certain doom, sometimes you can't do anything about it, because you missed an opportunity moments before.

You've probably never played anything exactly like this. It's a game that forces you to think about the consequences of your actions and the long-term chain of events that will occur when you press that button.

It's fascinating, and it forces you to train your brain to understand puzzles in a different way. Any good puzzle game forces you to rewire your logic, and Revolve does exactly that with its physics-based puzzles that take the control out of your hands.

Let's see how this concept translates into gameplay.

A Simple, but Challenging Gameplay Experience 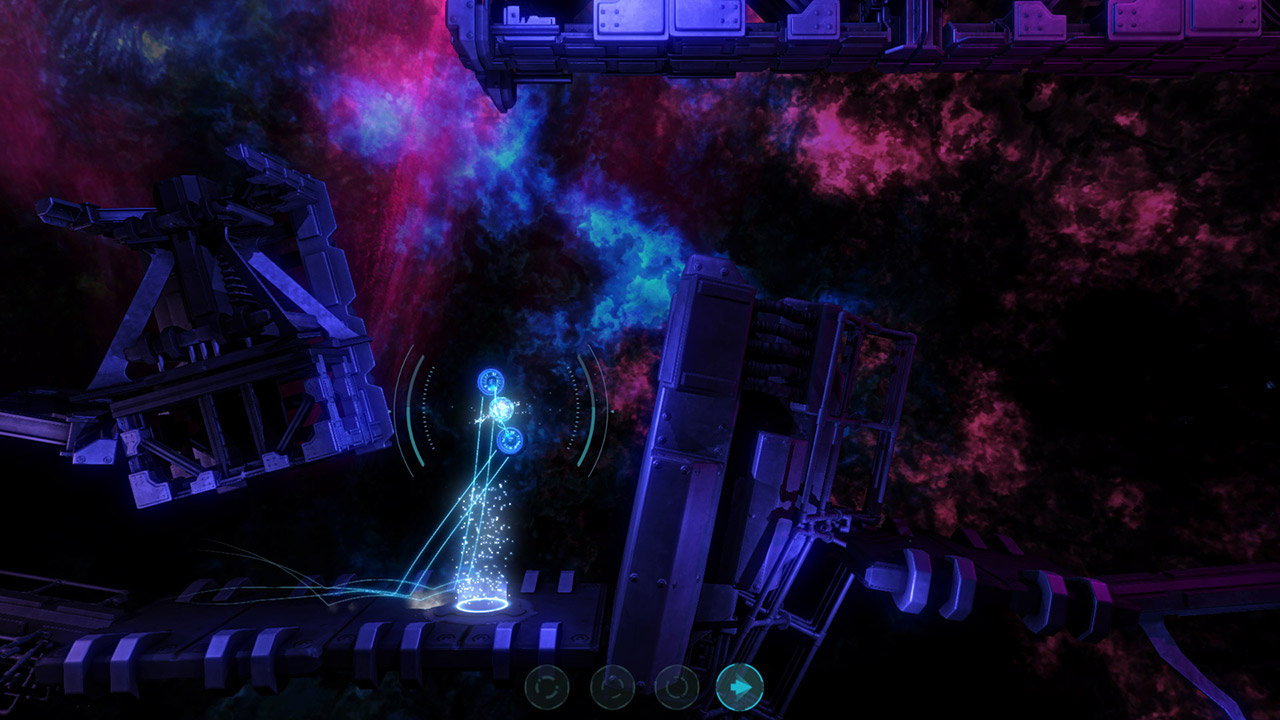 The controls in Revolve are not difficult to understand at all. Using the face buttons, you'll trigger the four actions, but you'll have to wait for them to recharge, so timing is everything.

The world of Revolve isn't too welcoming to Reevo either. You'll come across perilous hazards that present themselves as glowing red surfaces which will kill you when you touch them, sending you back to the beginning of the level.

The levels are divided into bite-sized chunks, which mitigates frustration when you're sent back to the beginning. The game keeps track of how quickly you made it through the level as well, giving you the chance to improve your score or race against other player's ghosts.

Despite being a game that prides itself in taking away control, you'll still need to have your reflexes ready. Split-second decisions can mean the difference between success and failure, but you'll need to think about it in the grand scheme of things.

How will that action affect the rest of the moment? Will it put you in a position to continue, or could it result in the opposite outcome that you intended?

Physics work as intended, most of the time, but you will encounter situations where you can change the level's layout but triggering glowing orbs in the environment. In other situations, sections of the environment will begin to shift and move under your weight, resulting in the need for you to get through quickly or suffer a quick death.

With over 70 levels to work through, Revolve offers a solid amount of gameplay. Each level is just the right length, and the design keeps you on your toes, but also offers a steady ramp-up in diffculty.

While it does have moments of intensity, I actually found Revolve to be a pretty relaxing experience overall. It was something fun to boot up for a few levels when I wasn't in the mood for anything too heavy. 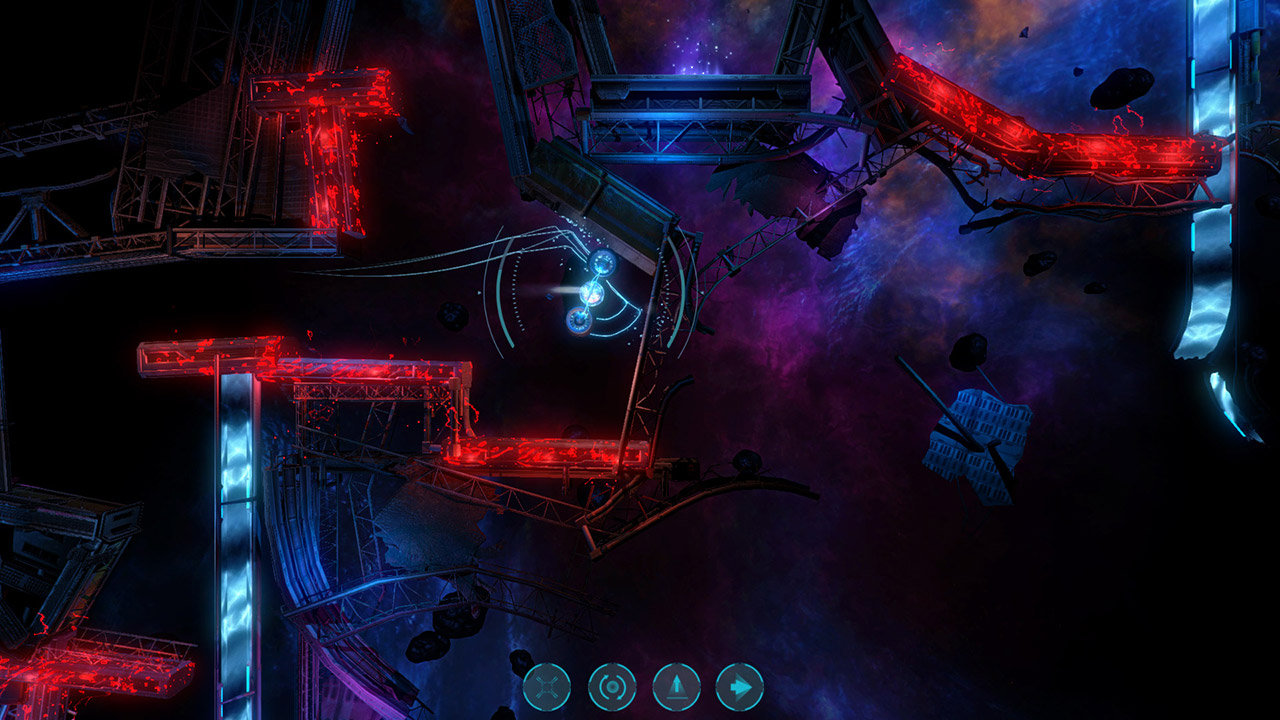 Revolve has a clean and sharp look to it. Reevo itself is a simple drone with two wheels, but it gets around well and adapts to the physics of the world in a realistic manner.

There's a nice mix between cool and warm colors in each level, and the controls feel responsive. Sometimes I had issues with jumping, then boosting, but overall I really like the look and feel of Revolve's presentation.

A fitting synthetic soundtrack gives the levels some life beyond the dilapidated ruins that you're moving through. As someone who loves storytelling in games, I would have liked some more background on Reevo's world, but as a puzzle game, Revolve is a really solid entry in the genre.

It does something unique and different, while also forcing you to relinquish control in a hobby that is all about control. Puzzle fiends looking for a fresh new experience, look no further.