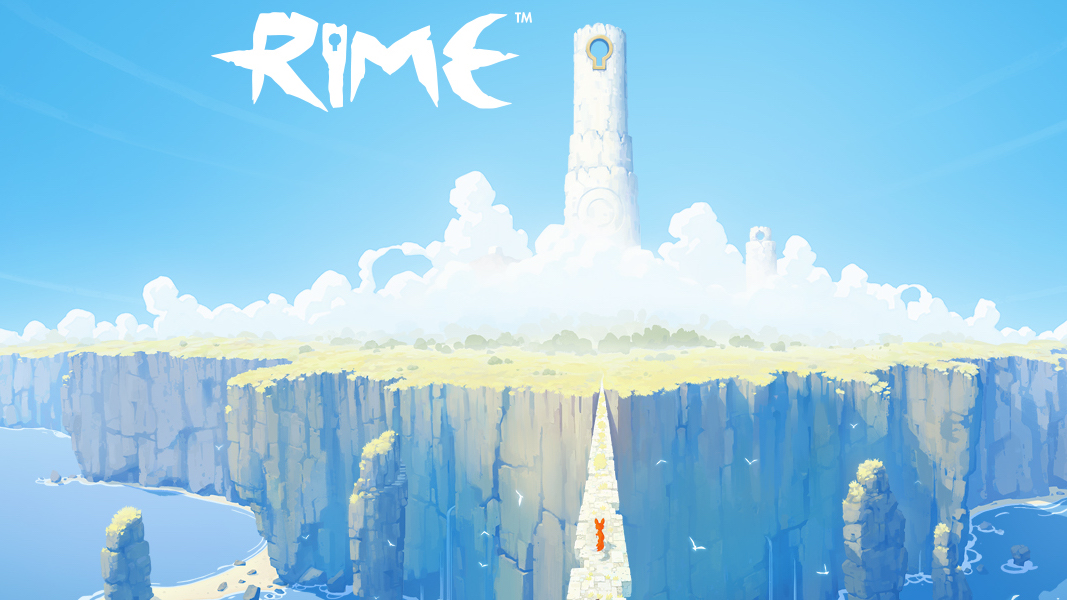 Since it was originally announced in 2013, RiME has since become the poster child for what an indie game should aspire to be. Over the years, it went through some rough patches and changed publishers more than a few times. Its fate, much like the fate of the boy Enu within it, was in flux.

Now, RiME has made its way to the PS4. At first glance, it's undeniably beautiful. Does this game manage to rise above its tumultuous development and meet all expectations, or has it been sitting out in the island sun for too long? Time to find out!

Undeniable Mystery and Allure Pull You Into This World

RiME follows in the footsteps of other games in this genre by telling its story in a different way than we're used to seeing. Without a single word, the developers at Tequila Works have sought instead to give you the keys to the kingdom and let you sift through the sand and seas to uncover its secrets.

Enu is a character that resembles a lot of other faces in gaming, but is ultimately a vessel for you to explore and experience the world around you. He (or she if you prefer), is a silent protagonist that seems just as confused and scared as you would be in this situation.

When you first start out, you are a blank slate in a new and exciting world. Shortly into the first area, you come across a fox who acts as your guide on the critical path, but by no means forces you to follow it.

Instead, the fox offers a means of navigating to the next big moment, but RiME also begs you to explore its crevices. The sprawling landscapes are rife with secrets and hidden collectibles. While not all of them contribute to the story, some most certainly do, meaning that taking your time and soaking in the environments is highly recommended.

Thankfully, if the pull of the fox is too much to resist, RiME also lets you jump back into it for subsequent playthroughs with all of your current collectibles intact, making it easy for you hit that 100% completion goal.

I won't spoil a single detail of RiME's story, but I would like to offer my two cents on the approach that it takes. The game leaves much to the imagination, but doesn't hold back from concrete answers either. It's a careful balance that has received both praise and criticism from the gaming community as a whole.

My personal opinion on the matter, is that RiME's approach to storytelling is the farthest thing from derivative or unauthentic. In fact, I would argue that RiME's world building and story are a culmination of all the other games in this genre.

Some of them have been too vague, while others tried to force a story that didn't feel right. RiME strikes a balance between these two, and it presents a story that is both heartfelt and meaningful as a result.

It's consistently compelling and always awe-inspiring. I don't know what else you could ask for from a story, but it's all here. Now, let's talk gameplay.

RiME's gameplay is focused on exploration and puzzle solving. While the aforementioned fox will guide you on the critical path, those who venture into the hidden areas of the game's world will find that there are optional puzzles and collectibles galore.

Throughout the 8-10 hour experience, you'll also come across a nice variety of puzzles. I tend to prefer lighter puzzles, and that's exactly what RiME provides. A few of them had me thinking for a few minutes, but for the most part the game did a really excellent job of establishing puzzle mechanics early on that were then expanded upon in later puzzles.

So, for example, one type of puzzle involves looking through a device and moving the camera to change the perspective on a situation. This was first used to make a couple of disconnected yellow blocks look like they formed and archway in the distance.

Later, this same mechanic was used to transfer part of an archway to a movable block that could then be used on another archway to complete it.

Other puzzles involve the local animals, and some even allow you to change the time of day at will. I won't say that any of them are incredibly difficult, but they always plastered a smile on my face.

A good part of that is the bravado that permeates RiME's gameplay. The game is confident and proud of its vistas. When you succeed in finishing a puzzle that alters a large portion of the environment, the game isn't afraid to swing the camera out for a wide shot as the result of all the puzzle's pieces comes together to accomplish a larger goal.

It's a labor of love, and you can see it in the cohesiveness of the puzzles and the little details that fill the world. Your interactions with the environment can range from picking up and moving things, to using Enu's voice to activate various switches and triggers.

Just as an example, you can use Enu's voice to trigger jade objects in the world, but Enu's voice can also cause torches with jade-colored fire to erupt and provide more light.

Little touches like this make RiME's world feel real and tactile in a way that few games can boast. The exploration mechanics, while also simple, work fine as well. White ledges can be climbed on or shimmied across.

A handful of times, I found myself falling or being swept up by the talons of a flying beast, but death in RiME warps you back, more or less, to where you left off, so there's not a lot of punishment there.

It's not the most complicated gameplay, and while the platforming can have a hiccup here or there, the pacing and engagement that RiME provided me was exquisite.

Perhaps the most impressive feat that RiME accomplishes, is in the presentation. The game mixes a cel-shaded look with modern lighting and particle effects to create a world that is gushing with color and brilliance.

On a big-screen TV, it's one of the finest treats for the eyes in all of gaming. Beyond the bright colors and wonderfully artistic vistas, the design of the world itself begs exploration. Whether it's sandy ruins or ocean-side caves, RiME is designed as a world you won't ever want to leave.

A full day and night cycle also makes for some truly screenshot worthy moments. It's truly one of the most visually stunning games I've ever played.

Of course, I would be remiss if I didn't talk about the soundtrack, courtesy of the masterful David Garcia Diaz. Again, it's the kind of sweeping soundtrack that leans heavily on strings like cello that we've heard in similar games, but once again RiME shows an evolved understanding of this element.

The soundtrack dynamically shifts as you explore the world. Sometimes it's in the background, but other times it comes to the forefront with a tour de force that brings a tear to the eye.

It's equal parts majestic, thoughtful, emotional, and breathtaking. The music molds itself to the situation and when combined with the incredible art and story, is nothing short of a magical experience.

This brings me to my final point. I've seen RiME compared to other games like Journey, The Witness, ABZU, and others. While I understand that games don't exist in a vacuum, I also don't think that a game should be criticized for using similar elements to something else.

RiME most certainly took inspiration from these titles, but if that's a sin, that every author or creator since the beginning of time has a lot to answer for. It's simply silly to call something derivative because it slightly resembles something else.

Did RiME remind me of these other games? Absolutely, but that is by no means an insult to the game or the team behind it. In fact, it's a compliment. RiME took inspiration from some of the greatest experiences in gaming and created something that absolutely deserves to stand shoulder to shoulder with these giants.

We need to celebrate games like RiME. Games where the developers poured their heart and soul into a polished and meaningful experience. If we condemn games like this for being kind of like something else, then we're painting a truly bleak future for gaming, and that's a future I do not want to see.

So, my message to you, fellow gamers, is to play this game. If you like any of those other games I listed, even a little bit, this one will blow you away. Let's show the industry that excellence will always be excellent, that polish and profound storytelling will not only be enough, but it will be more than enough.

I for one would love to see more games like RiME in the world of gaming. This one absolutely deserves a place in your gaming collection.