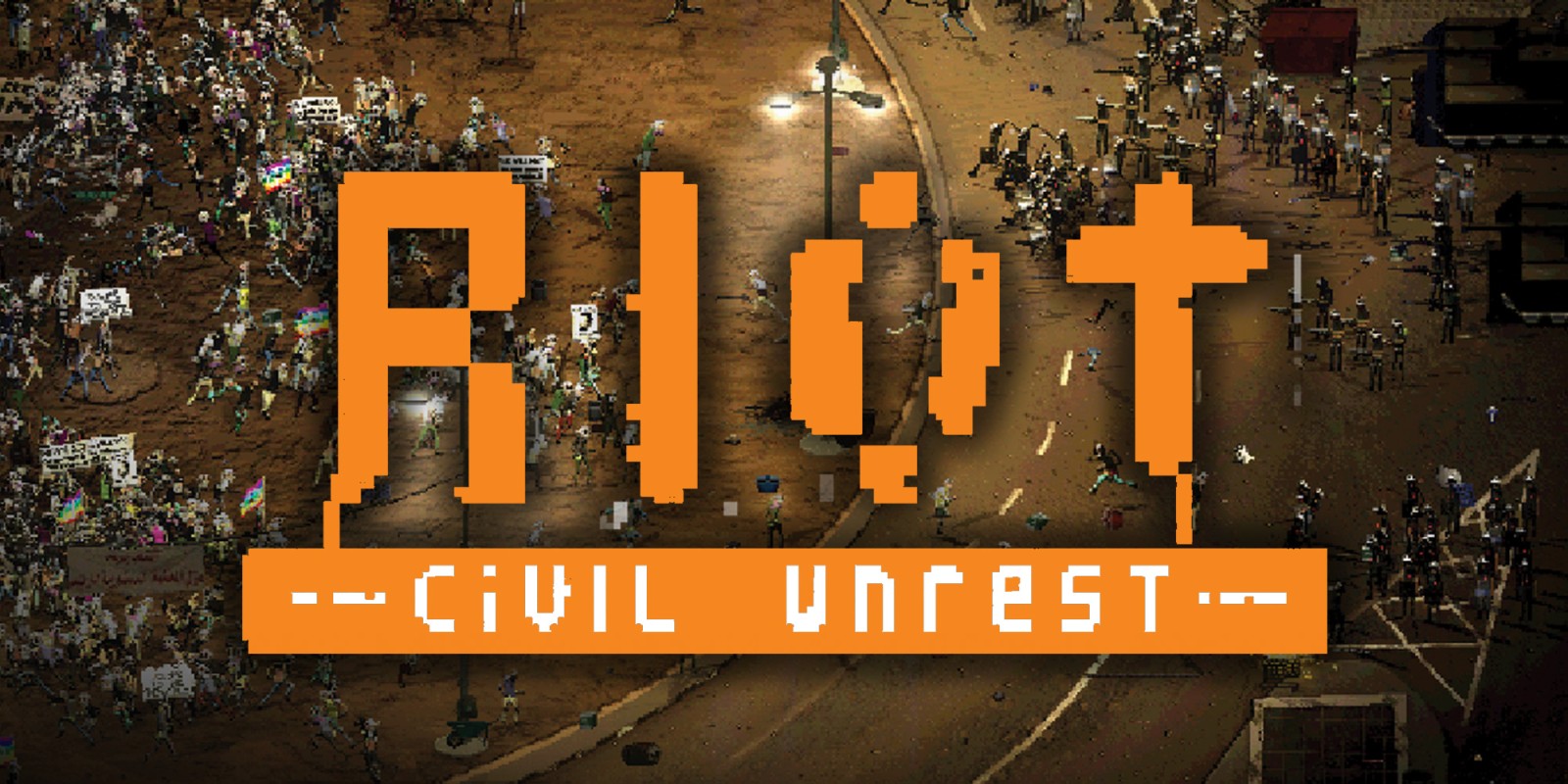 During the Cold War, the concept of a “Doomsday Clock” was introduced. It was used to illustrate how close the world was to nuclear annihilation, with midnight being the end. That same concept lives on today, thanks to the Bulletin of the Atomic Scientists. I mention this, because the clock currently sits at two minutes to midnight.

It’s no longer measuring nuclear war, but a variety of factors. The world is on the brink, and RIOT: Civil Unrest for the PS4 seeks to showcase a dark side of civil unrest by highlighting realistic conflicts between rebels and police forces. Does it speak the language of the times, or is this protest too quiet to be heard?

Too Much Chaos, Too Little Control

The concept of a riot simulator in the vein of a real-time strategy game (RTS) is a great idea. In RIOT, you’ll choose between rebels or police and a few different game modes before you get started.

The modes are Global, Story, and Versus. The first two are fairly similar in their structure, but the Story mode adds some context and objectives to complete in each level based on which side you’re playing. Global strips away the objectives and instead leverages “public opinion” as a mechanic that changes the difficulty based on your gameplay decisions.

Global is perhaps the best of the modes because it offers a chance to see the consequences of your decisions. If you take a passive approach, naturally, you’ll have the backing of society. However, you risk getting injured in such approaches, which is why being aggressive has its own benefits.

While missions become more difficult as you progress, upgrades like weapons or cameras to document the conflict allow you to have more control over how the conflict goes. All of this sounds perfect, but where RIOT: Civil Unrest lost me was in the actual gameplay.

For starters, there is no tutorial whatsoever. You can choose from the modes and then you’re thrown into it. I spent the majority of my first level just trying to make sense of everything. While the controls aren’t very complicated, understanding how the gameplay mechanics work in real-time is something that a tutorial could have helped with.

I know some people aren’t fans of tutorials, but even making it optional would have gone a long way towards a better first impression. Even after playing several missions, I still only had a vague understanding of how my actions affected gameplay. The sheer chaos of it all makes it hard to understand what’s happening and how you’ve influenced it.

The game fails to give you any real feedback in the moment, other than in-game updates that appear from characters in the conflict. To make matters worse, you can’t select all of your people at once and must instead move them around in crowded groups.

With more direction and feedback for the player, RIOT’s conflicts could have been harrowing and intense, but instead they come across as confusing and frustrating from the lack of apparent player agency in the events unfolding.

The Devil’s in The Details 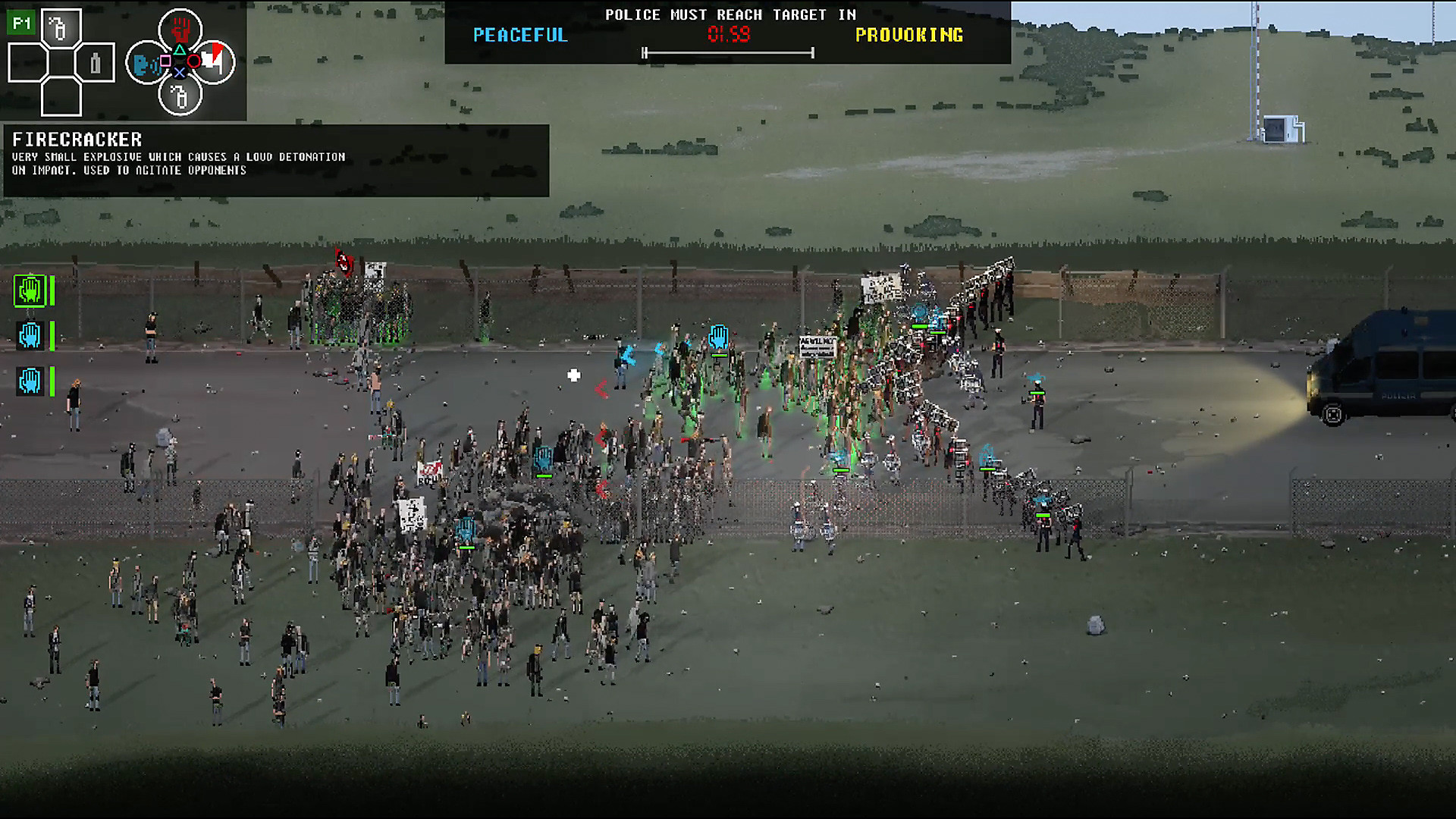 One thing that really stands out about RIOT: Civil Unrest is the art style. The pixel art is incredibly detailed, with nice animations and plenty of things happening on screen at once. The soundtrack on the main menu also sets a nice mood, but quickly fades when you get into the game, which is a shame.

In the end, RIOT: Civil Unrest brings a lot of great ideas to the table, and its heart is in the right place, but the actual gameplay lacks far too much feedback for the player to be engaging or consistently enjoyable.

A copy of RIOT: Civil Unrest was provided to PS4 Experts for review purposes