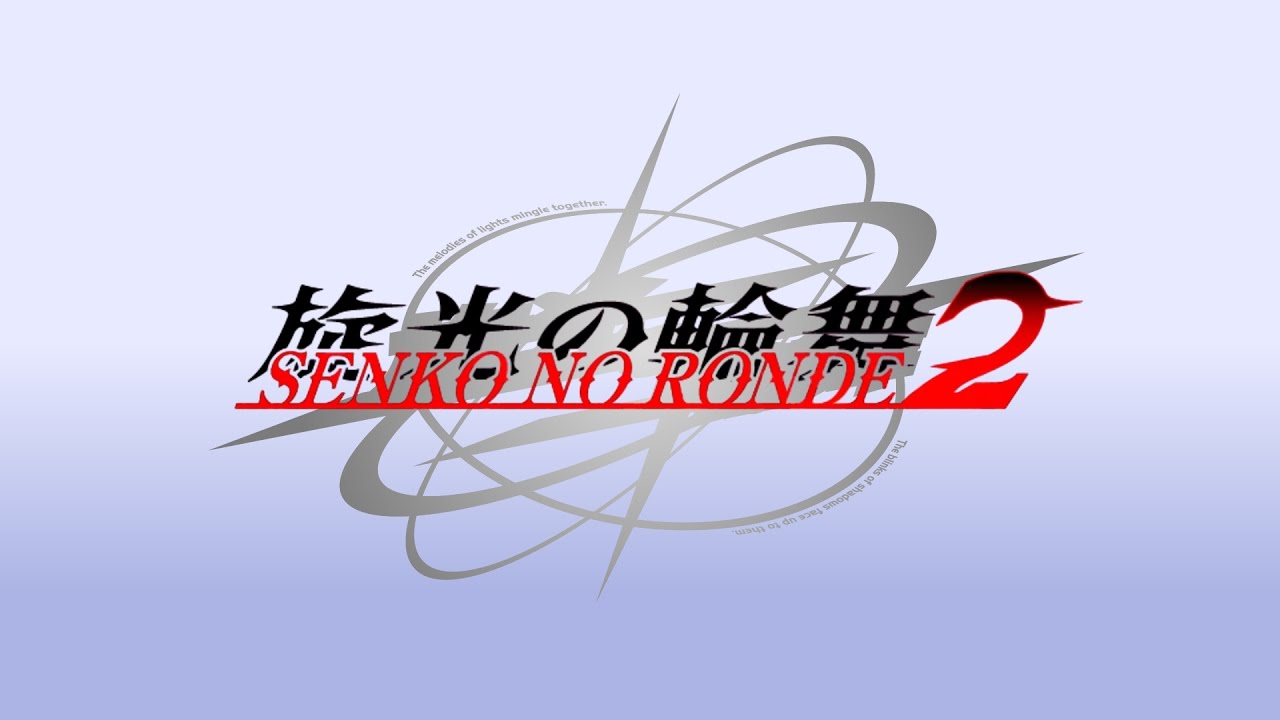 Stop me if you've heard this one before: a game that combines one-on-one fighting with a shmup and offers the ability to turn into a boss that fills half the screen. Anyone? Yeah, I didn't think so. This is the premise for Senko no Ronde 2, out now for the PS4.

While its concept is most assuredly unique, does this mashup of two different genres work in its favor, or are these two concepts not compatible with one another? Hours of shooting, dodging, and smashing later, it's time to find out!

A Text-Heavy Story Mode For Learning the Ropes

Senko no Ronde started life as an arcade game for the Sega Naomi board and came to the Xbox 360 in 2006. Ubisoft tried their hand at bringing it west and the results were very discouraging. It's hard to bring someone on board with an original title like this, which is why I knew I needed to give it some attention.

Senko no Ronde 2 for the PS4 is a remake of Senko no Ronde DUO with some changes to the art, voice work, and modifications to the balancing. From a story standpoint, there is a full story mode that features moderately voice-acted cutscenes that are otherwise filled with heavy amounts of text.

It sets up the universe and the battles within it by placing you in the role of a rookie joining up with a team of experienced fighters. It's a framework that won't blow you away at any point, but it does offer something above the standard arcade mode.

With some battles have special conditions, it also offers some unique gameplay compared to the other modes. At its core, though, Senko no Ronde 2 is about the gameplay.

Making a Case For the 1v1 Shmup

I've never played anything quite like Senko no Ronde 2. The game's tutorials do a good job of teaching all the mechanics, but even after grasping the concepts, the game falls heavily into the "easy to learn, difficult to master" category.

The majority of your time in the game will play like a bullet hell shooter or a shmup. You have an open area and the option to choose from a solid variety of characters and operators. Understanding the skills and strategies for each character is where you'll need practice and time.

The universal mechanics involve several types of range attacks and a couple of options for when you get in close. It all flows together really well when you're playing in offline combat. Without any obstacles or cover, you need to use your dash and block smartly to handle the surge of attacks that will come your way.

When you're far from your opponent, the camera pulls out for an isometric shmup feel, but when you get close it zooms in for a classic fighter view. The actual melee options leave a bit to be desired and feel clunky in certain situations. I would have like smoother melee combat and more options for attacks and combinations.

The shmup combat is sharp, especially when you activate your B.O.S.S mode. This special attack allows you to merge with a massive machine that differs based on your character. You'll take up a good majority of the screen in this mode, and dish out epic attacks that call to mind the most intense fights in the shmup genre.

Furthermore, triggering B.O.S.S mode when you're about to be defeated triggers an even more powerful Final B.O.S.S which can easily turn the tide of a battle. In the end, this mashup of gameplay genres actually flows really well together.

The seamless switch between shmup gameplay and 1v1 combat is great, and while there's a lot of strategies involved, I would have liked more depth to the latter category of gameplay. If anything, just smoother animations for the close encounter clashes would have gone a long way.

An arcade mode compliments the story well, but the online options falter somewhat. Not only will opponent selection vary widely because this is such a niche title, but when you're actually in a match it can be either smooth and seamless, or incredibly laggy.

This is mostly dependent on whether you're fighting someone in your general region or someone in a far off location. That kind of gamble with the pool of fighters is low makes for a tough sell.

Even so, if you want Senko no Ronde 2 for the offline modes, there's a good selection. The gameplay could stand to be a little deeper, but there's solid variety between the characters and the mashup of shmup and 1v1 absolutely works. 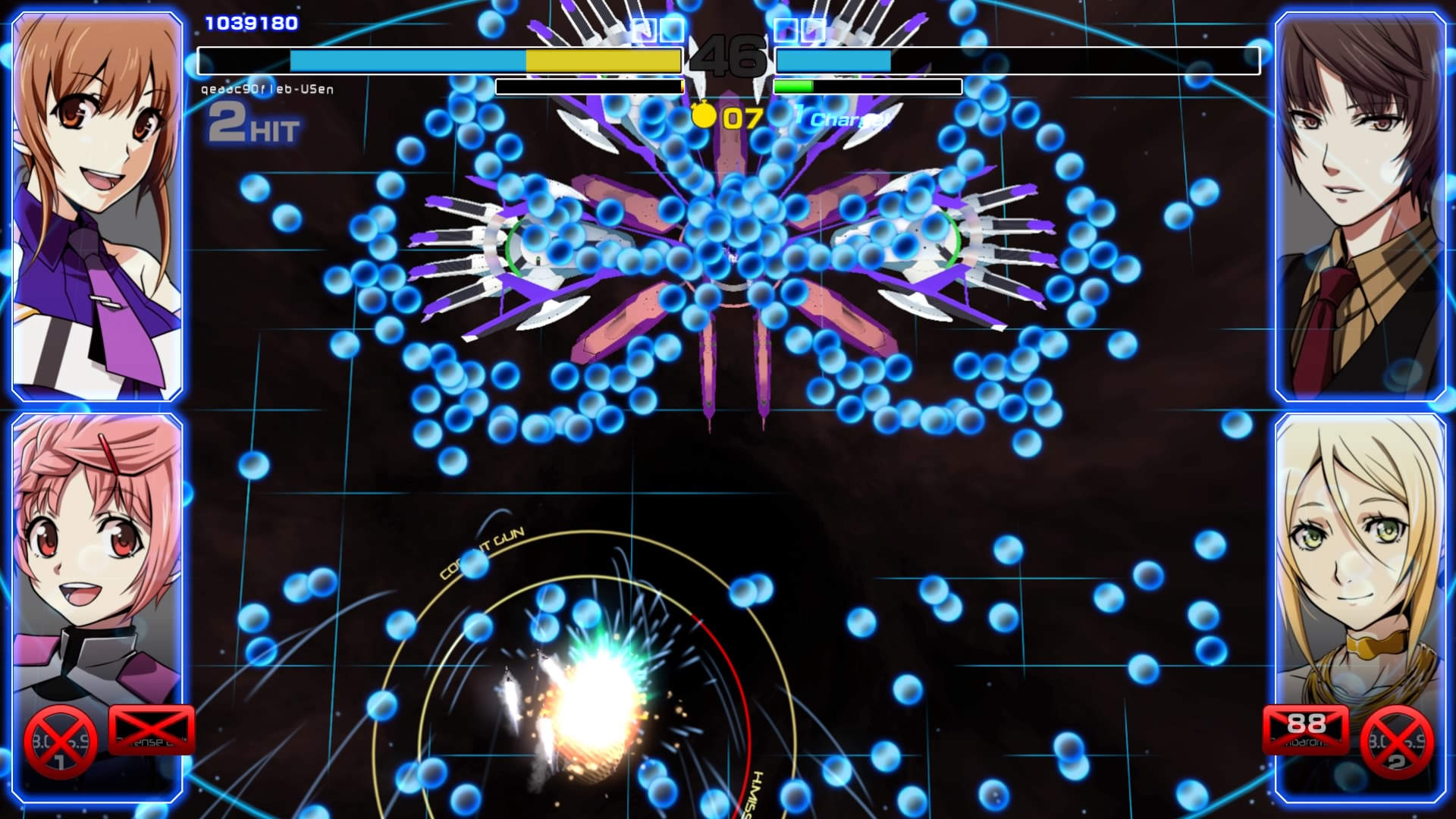 Senko no Ronde has interesting art and designs for its characters, but the actual gameplay lacks any real detail to the models or the environments. The arenas, for example, are all open spaces with different moving backgrounds.

Despite this, the characters do look and feel different, and the Japanese voice acting is excellent as usual in conveying emotion. The frame rate in offline modes is smooth with no noticeable dips in my experience.

Senko no Ronde 2 is, at its core, a very good idea. The combination of Shmup and 1v1 gameplay works, especially when you get into high-intensity matches where B.O.S.S mode makes all the difference in the world.

It could have used more depth to its mechanics, but fans of either genre will find plenty of strategies and satisfying gameplay here. The online can be rough, so don't let that be your primary expectation. The price tag at $40 may also seem steep to those unsure about the plunge.

New ideas like this don't come along very often, so my advice to you is to give it a chance if you're interested. It's not perfect, but unique ideas like this rarely are on the first try. Even so, it's a winning combination in the end.