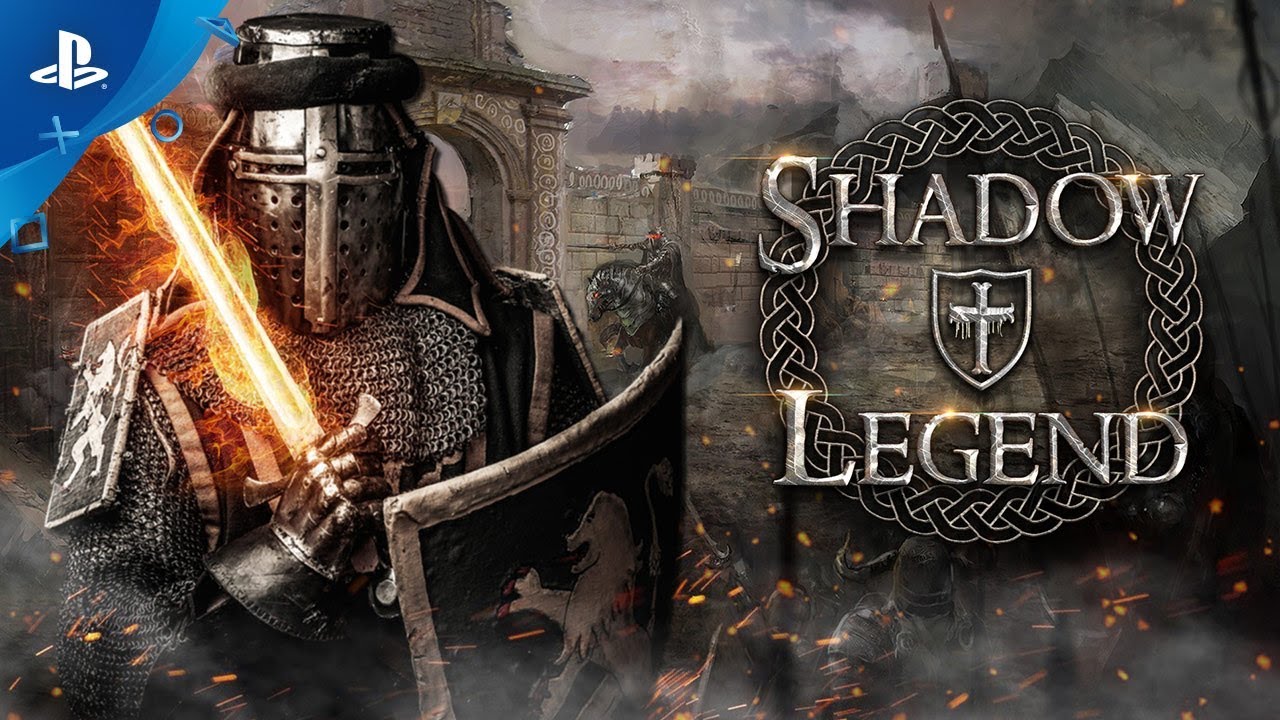 The expectations for PSVR games have changed dramatically since launch. Back then, a short, relatively complete experience, was great. As time went on, more complete titles with longer runtimes and better immersion proved that you could do a lot more in VR that anyone realized in the beginning.

Vitruvius VR was one of the first developers to deliver a fully realized experience in VR, and now they’re back again with the impressive looking Shadow Legend VR. In this RPG, you play as the Grand Master of the Knights Templar in a battle with supernatural forces and undead armies. Does this game showcase just how far VR has come, or does it fail in its crusade? Let’s find out.

A Monumental Achievement For a Small Studio

One thing I would like to mention before we get into Shadow Legend VR is the simple fact that this is the second game from the studio. Their first game? Mervils: A VR Adventure. A great title in its own right, but the difference between that game and this one is huge.

It’s not very often that I see a leap in both the gameplay in graphics like this from one title to the next. It’s a testament to their craft that they managed to create such an impressive title on their second try.

Accomplishments aside, Shadow Legend VR stands on its own merits. You play as the Grand Master of the Knights Templar in a medieval setting where Lord Adaroth raises the bodies of fallen soldiers to fight in his army of the undead.

The game begins with a vision of another god who delivers a prophecy to you. You are the one who will save the souls of the fallen and stop the armies of the undead. No pressure or anything.

It’s a good setup for a story that you’ve probably seen before in other forms. Where Shadow Legend VR does manage to differentiate itself is the additional lore and dialogue choices that help make the story feel like a greater part of the world you’re in.

Books can be found in almost every environment that trigger a narrator when you pick them up. These expound on the world and the gods who rule it. None of it is incredibly unique or riveting, but Shadow Legend VR’s true merits lie in its gameplay and design, so the fact that the stories doesn’t break a lot of new ground isn’t too much of an issue for me.

I will say that the voice acting could be better. A good majority of the characters deliver adequate performances, but some of the secondary people tend to be a little overzealous in their delivery and it comes across as cheesy more than anything.

Where the story itself may feel familiar, the environments in Shadow Legend VR offer a great deal of immersion, and this makes up for the lack of compelling plot at all times. Not only are the areas in the game richly detailed, but the sheer number of things you can do and interact with is amazing.

I would liken it to something Vacation Simulator with a coat of Templar paint. Anyone who has played Vacation Simulator knows that the sheer amount of interactivity is that game is mind-boggling, and Shadow Legend VR manages to reach a similar level.

For example, in the opening area with the game’s blacksmith, you can hammer out bent swords, forge iron ingots, sharpen dull blades, and climb into the rafters to look for hidden runes. Coins and treasure are also scattered all over the environments, letting you collect as much as you can to then sell later to merchants.

In a later area, you can feed the horse, play fetch with a dog, practice your archery, and, of course, search for runes and treasures. Many of these activities are optional, but they are listed in your book which doubles as the game’s menu.

Beyond activities, some areas also offer optional puzzles that you can solve by typing in the answer or saying it out loud. The latter is extremely satisfying when the game confirms you are correct.

In terms of immersion and interactivity, Shadow Legend VR is one of the best out there. My only real issue that I ran into was when I found myself climbing. Ladders are done using each hand to grab the rung and move upward instead of just sliding up the ladder like other games. Similarly, shimmying across ledges you can grab requires you to shuffle your hands.

Chains above you in interior areas let you grab them and hoist yourself up onto beams. Similarly you can pull yourself up and over a ledge on ladders, but in some cases I would fall right through the roof or rafter I was trying to stand on.

A few more tries usually yielded success, but it would have been nice to have a dedicated animation or button to mount onto ledges as this would avoid awkward moments of trying to disengage from a ladder or position yourself when you can’t see your feet. Moving on, let’s talk about the combat. Shadow Legend VR uses a real-time combat system that ranges from sword fighting to ranged attacks. Bows, crossbows, and magic staffs are all on the table here. 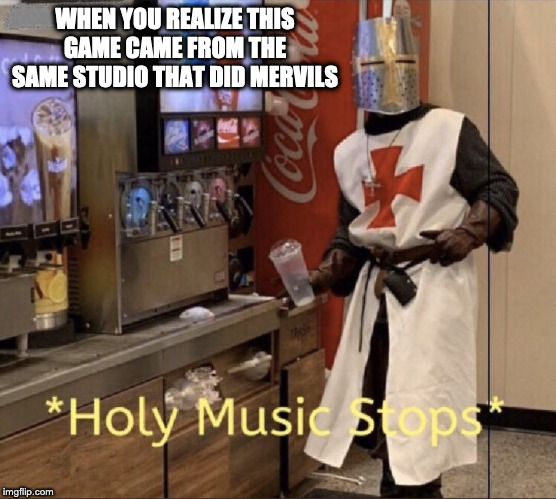 Combat feels great for the most part. Parrying attacks with your sword or torch release sparks and leaves the enemy open to attacks with your sword. Damage numbers are on by default, but can be disabled. One thing I really loved was when you enemies would become staggered and you can cut through their arms. A finishing blow involves slicing their undead heads right off, which results in a slow motion moments as blood sprays from their neck and the body collapses to the ground.

Ranged combat feels good as well, with a fully realized bow and arrow mechanic and magic mechanics as well if you have a staff. My only qualm here is that it’s difficult to dodge enemy attacks as there’s no option to sidestep. You’ll need to turn and walk to the right of left to avoid projectiles in my experience.

You’ll collect their souls in the form of hearts that can be redeemed at goddess statues for upgrades to your health or damage. Unlocking new weapons can be done by solving riddles or purchasing them from merchants. The catch is that you’ll need a certain number of the collectible runes to purchase some of the better weapons.

In terms of currency, you can sell your gems and treasure to merchants and even haggle with them to get the best deal. It’s a nice little touch that adds to the feeling that Shadow Legend VR is a fully realized RPG from top-to-bottom.

The total experience will probably last you anywhere from 7 to 10 hours, especially if you use the level select to go back and scour areas for optional objectives and runes. While the game only has two boss fights, they do manage to break things up. Areas are connected by loading screens, which isn’t ideal, but it doesn’t stop the game from having a nice flow.

The most impressive thing about Shadow Legend VR for me is the fact that it manages to do exactly what a VR game should: immerse the player into the world and give them a wide range of ways to interact with it. On that merit alone, this game is miles above the competition.

A Few Cracks in The Armor Can’t Stop The Shine

Playing on a PS4 Pro, the graphics in Shadow Legend VR are some of the best I’ve seen in the PSVR headset. The resolution is incredibly crisp, and textures are superbly detailed, even in the most secluded of corners.

The game’s options are also very impressive. You can opt for every type of movement imaginable, adjust tons of UI and gameplay options, and really tailor the experience to your liking in ways most VR titles don’t offer. The subtitles are also excellent in terms of their size, placement and font. They added to the experience instead of distracting from it.

The developers at Vitruvius VR impressed with their first title, which welcomed one of PSVR’s first complete experiences. With their second title, they’ve done VR better than most AAA studios. It’s an impressive achievement and a clear indicator that this developer has a very bright future. Shadow Legend VR is worth every single penny of its asking price.

I for one cannot wait to see what comes next.

A copy of Shadow Legend VR was provided to PS4 Experts for review purposes.