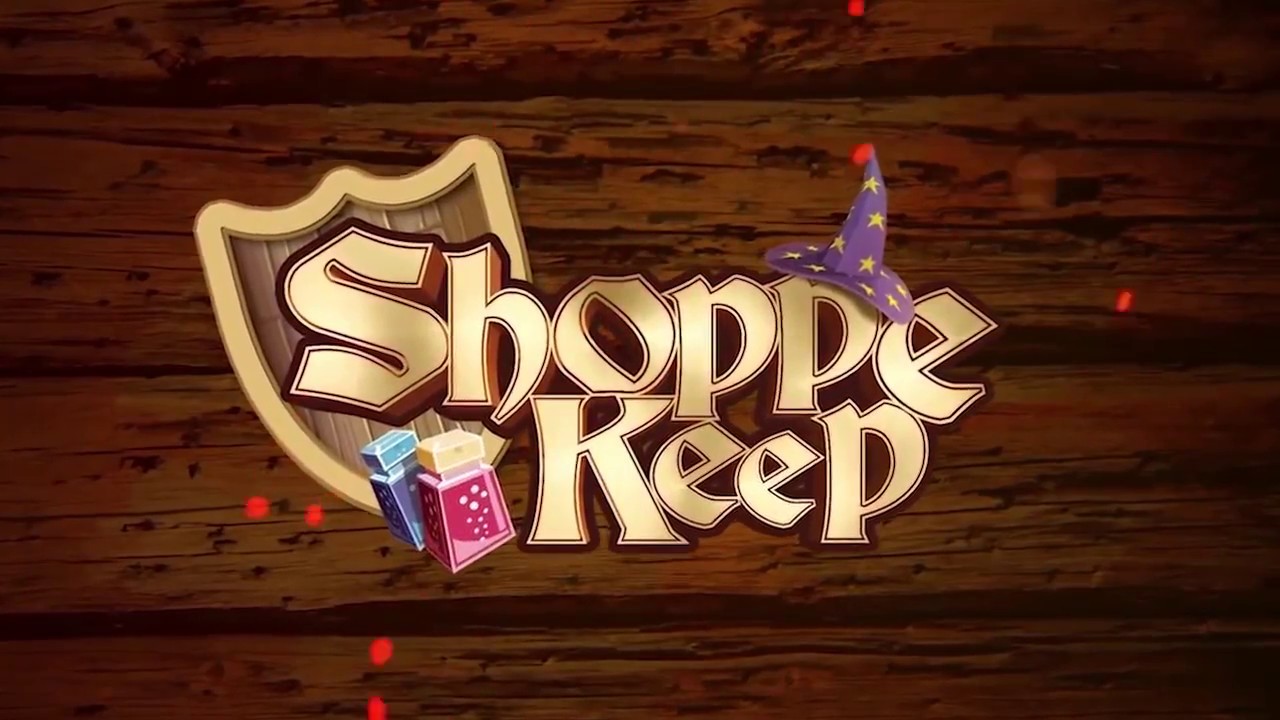 I worked for almost a decade in retail and while it wasn’t my preferred career of choice, I gained a newfound respect for shopkeepers and those who work in the field of customer service. Often in our games, we buy and sell goods at virtual stores without thinking twice. We never stop to consider how much work goes into making things like potions. Swords, and shields available to the RPG populace.

With Shoppe Keep, the tables are turned. You will become the owner of a humble shop in a video game town. You must stock your shelves, price your wares, and punish those who would dare steal from you. Does this unique concept translate into a fun experience, or will you pursue a different gaming career sooner than later?

Time to Flex Your Business Muscles!

Shoppe Keep places you in the shoes of a shop owner who must build up a successful business from nothing. You’ll have a blank slate to work with, and plenty of upgrades to aspire towards. Each day, you’ll be able to order stock, set up displays, and decide on pricing for your items.

When you’re ready to open your doors, you can begin business for the day. It’s an interesting concept, to be on the opposite side of a classic RPG merchant shop.

Not only will you choose what to stock, you’ll be able to set up your store how you like, charge what you want, and deliver justice to anyone who tries to steal from you.

As the game goes on, you’re also given additional help and protection, along with new items to sell and heroes to gather rare wares for you. The general day-to-day activities remain the same, but there’s no denying the pride you’ll feel when you see your shop making huge profits.

It’s a cool premise, with no story to drive it forward, but a fun core gameplay loop to keep you coming back. Without any kind of narrative, the gameplay needs to carry the experience. Let’s find out how it fares. 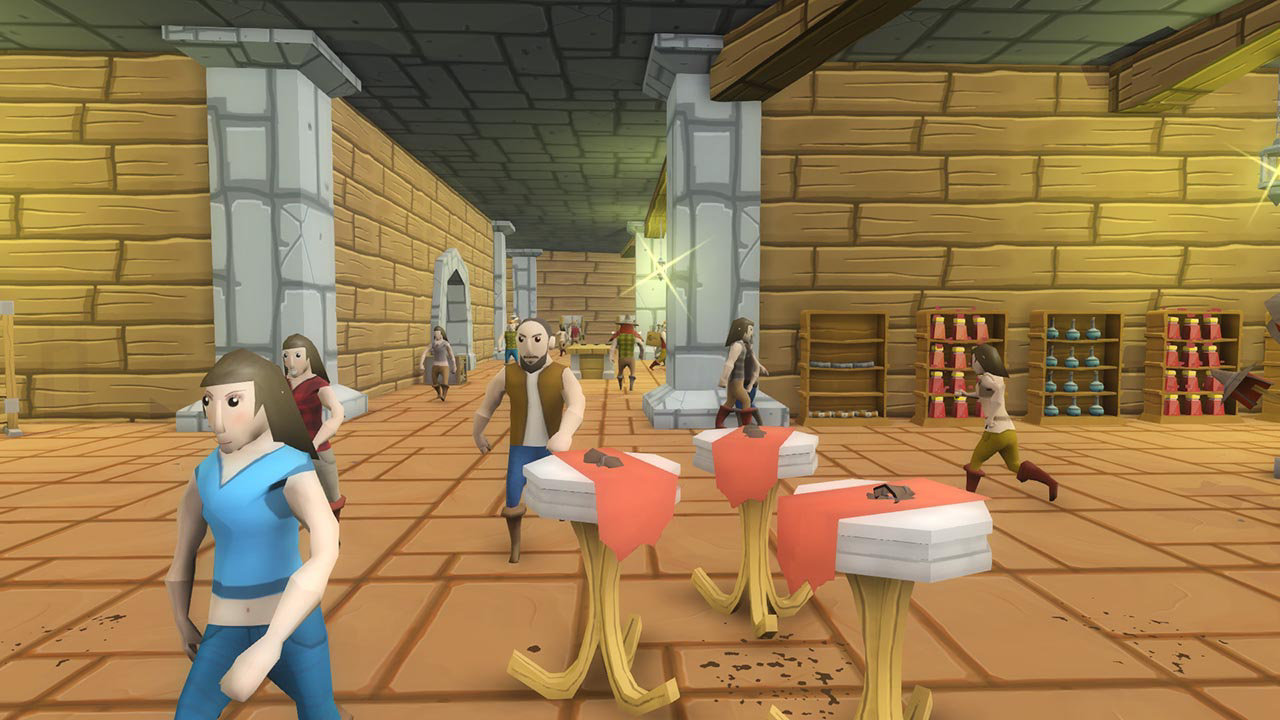 The general gameplay in Shoppe Keep is really fun. Each day, you can spend as much time as you like buying wares, stocking your shop, and adding new displays as you want. When you’re ready, you can open the doors for business.

Customers come in throughout three phases of each day. If they wish to buy something, the transaction will automatically happen and they will leave. You can interact with them to offer specific items that appear in thought bubbles above their head, but otherwise you just let them do their shopping.

Now, if you price things too high for some people, they’ll just opt to steal it. In this case, you can switch to a battle mode with a sword and lightning attack. The melee combat is clunky, but the magic attack kills instantly at range if you catch them before they flee the town square. You also get your item back from their corpse if you kill them.

It’s satisfying to stop thieves, and later upgrades make it even easier to curb their efforts. Other customers will simply say things out loud if they don’t like your prices. Some of them are just angry comments, while others will audibly say “What the F***?” with the last word bleeped out which is pretty funny.

Before each day, you can also assign yourself a quest to sell a certain number of an item type fo get additional upgrade points. You’ll earn them as you make sales and level up as well. There’s a nice selection of upgrades across multiple categories to keep your skillset expanding.

The core concept here is fun, and it’s really satisfying to watch your numbers climb. Unfortunately there are some issues that bring down the experience. For starters, the entire user interface feels like it was ripped from PC without any changes to make it easier on console players.

Thankfully you can enlarge the text size (the default is very small), but selection is done with a slow cursor that you move with your analog stick. Exiting menus can only be done with the button used to open them. You would think the circle button would go back, but this is not the case. That one isn’t too bad but it takes some getting used to.

Movement feels loose and better suited to a mouse/keyboard than controller as well. Honestly, all of these things, while annoying, don’t detract too much from the fun core gameplay. What I could really do without, was the constant crashing.

During my play sessions, I would be lucky if I made it 2-3 days in the game before it would crash and kick me back out to the PS4 menu. The game has been patched a few times since launch, but this issue still happens for me.

The game only autosaves between days, and while you can manually save, it’s extremely frustrating to get into a great day, only to lose everything because you didn’t save and the game crashed. If they can patch this problem out as some point in the future, the other issues can be considered minor annoyances. 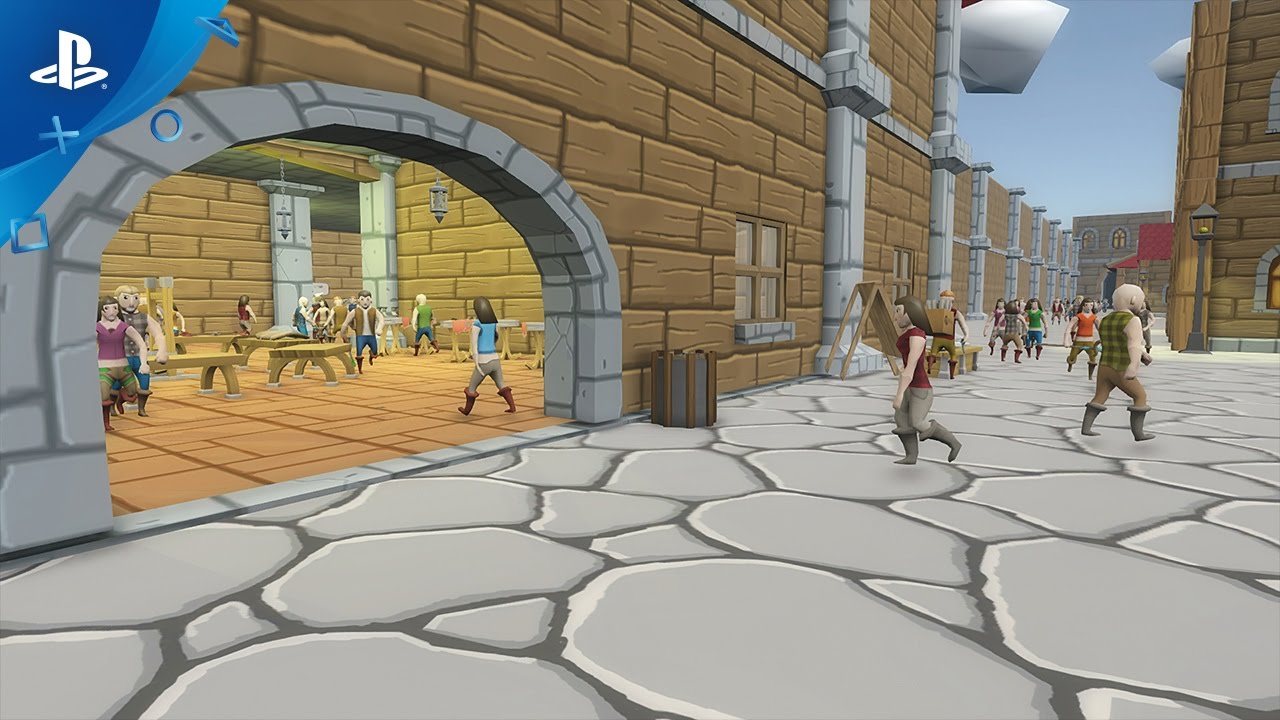 The graphics in Shoppe Keep are very simple, but they do have a nice variety of color and detail to specific items. Animations are fine, but nothing is very robust. This isn’t too big of an issue, but from the beginning I noticed a horrendous amount of screen tearing on my 60-inch television.

Were this on PC, I could enable V-sync, but here I had to endure it. It was a frustrating issue to deal with during my time playing, and I know there are others out there who will also find it bothersome.

Despite these issues, I actually really like Shoppe Keep. It may have a fair number of flaws, but the core concept is solid and very fun. You’ll need to save often to avoid the dreaded crashing, and the UI could be better suited to console players, but I can’t deny that there is fun to be had running your very own fantasy shop!