When you first see Statik for PlayStation VR, you’re probably going to think about Portal, and that’s okay. Portal is an excellent game that popularized the concept of being a test subject (willing or unwilling) and navigating puzzles to solve the mystery of why you’re there.

Statik takes a similar approach by placing you in the role of a test subject whose hands are inserted into various boxes that act as puzzles you must solve. Does this unique puzzle game think outside the box, or does it borrow too much from its contemporaries? Let’s find out.

The Search For More Than Just Solutions to Puzzles

Statik is undeniably intriguing. Immediately as you start playing, you wonder why you’re there, who the mysterious man is with the blurred face, and why your hands are shoved into a complex puzzle box. What’s the point of it all?

The answers to those questions burned at me throughout my 3-4 hour playthrough. The quips from the scientist in each room had me chuckling, but his musings between levels had me wondering what the greater story was. I can’t speak too much to the structure of the story without spoiling it, but Statik is something you’ll want to play more than once.

A first playthrough is like a roller coaster. The puzzles are exhilarating and some of the dialogue may fly right past you because you’re too busy trying to solve the contraption on your hands. The ending may leave you scratching your head, but just like the puzzles within it, the pieces of the story are there.

Nothing is spoon-fed to you, and it goes by so quickly that I’m itching to play it again, just to see what else I can gather from a more methodical playthrough. It’s unique, interesting, and mysterious. At the same time, it’s quirky, funny, and full of charm.

Statik is nothing less than a labor of love, and that shows in the story through a confident style of writing and a healthy amount of holding back, so as not to force the story upon you. When it comes down to it, Statik’s story is just as much of an enigma as its puzzles, but I think that was the intention here.

If you want to piece it together, you can, but if you just want to enjoy the puzzles, you can do that too. Me personally, I’m itching to jump back in and see if I can learn more about its world and the mysterious reasons behind my tests. It doesn’t quite hit the same high notes as other puzzle games in its ilk, but it’s a very intriguing tale nonetheless.

The DualShock 4 & Puzzle Boxes: A Match Made in Heaven 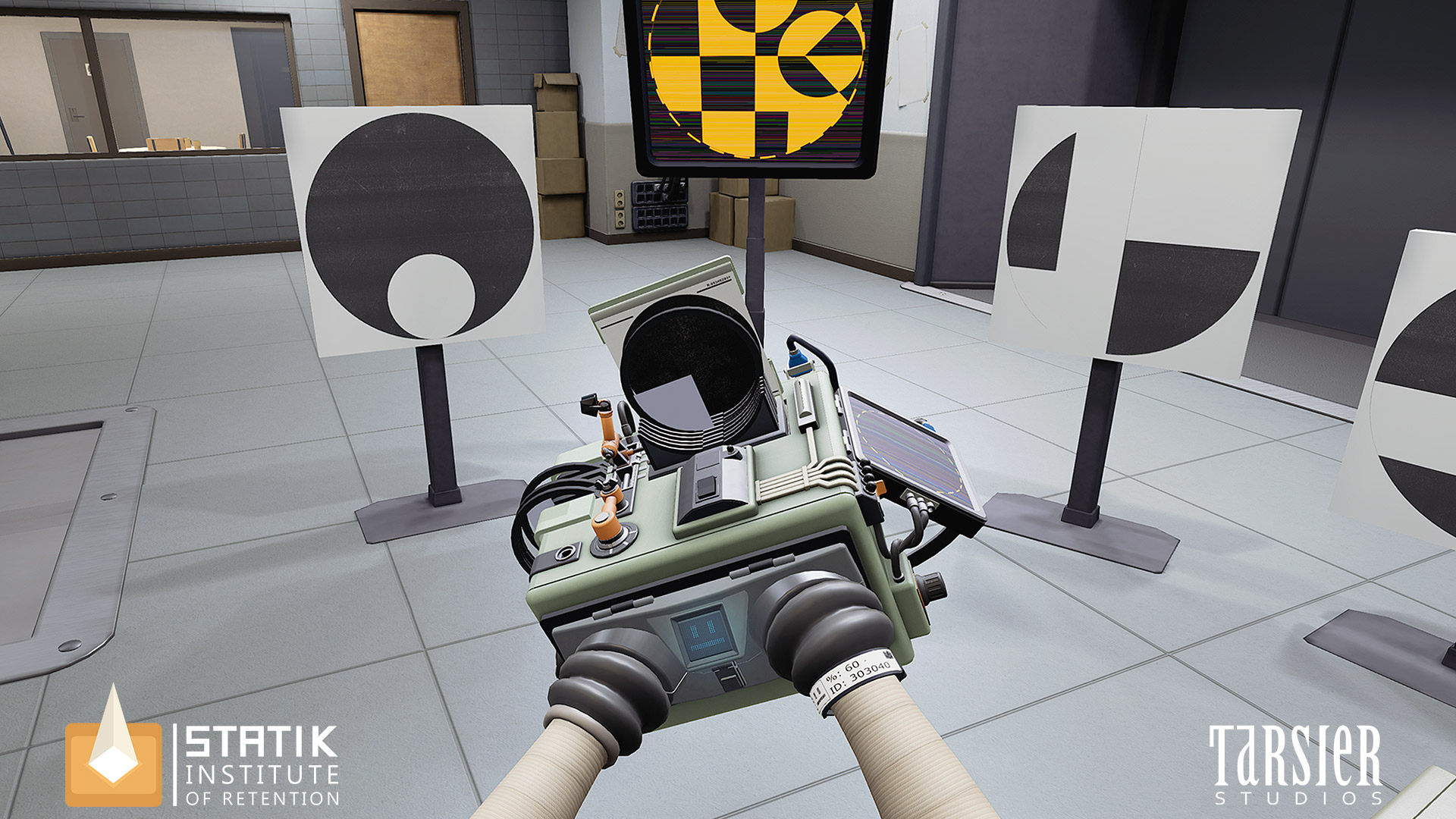 Everything about Statik fits like a glove. We already talked about how the story confidently steps into its world and doesn’t apologize or compromise on its rules for the sake of making everything easier to understand, and the gameplay takes a similar approach.

You’re given some basic controls when you first start, and that’s about it. The game doesn’t have any interest in providing hints or holding your hand. It’s a puzzle game that knows what it wants to be and knows that the design of its brain-twisters will speak for themselves.

While this was daunting at first, it provided some of the most cathartic “ah-ha!” moments I’ve felt since the release of the original Portal games. Every button on the controller, including L3/R3 does something in these puzzles.

Tilting the controller moves the box in real time, and while some people have said that the tracking can get thrown off here, I didn’t have any problems in my playthrough whatsoever, even when I passed the headset and controller around to other people in the room.

Each puzzle is meticulously crafted and tightly designed. The logic that governs each level doesn’t present itself right away, but when it does, the steps flow together. In the moment, you may feel like there’s no way forward, but when you finally crack the case, you’ll marvel at how incredible the logic and progression of each step feels in the grand scheme of the full puzzle.

Everything on the box fits into a larger process, and its a testament to the team’s skills that they were able to create such complex puzzles without the logic falling apart at a certain point. Much like puzzle darling The Witness, Statik manages to teach you an insane amount of information about its puzzles without ever saying a word.

This extends beyond the contraptions on your the box, and into the environment itself. Oftentimes you’ll find hints or even entire steps hidden in the rooms around you, which are always furnished and given details to flesh out the game’s world.

It all just feels organic in the best way possible. There’s aren’t any gaps in the games logic or design, and given the complexity of the puzzles, that’s a tall order. While puzzle enthusiasts will gush over these teasers, casual players may find themselves spending a lot of time on some of these levels.

There’s also a multiplayer mode that can be triggered with the PlayStation App’s second screen on a smartphone. There are some separate levels here that involve working together, which is a nice addition.

For the price point, there’s a good amount of content here, and the puzzles are complicated enough that you won’t memorize them on one playthrough.

It’s not going to turn a non-puzzle lover into one, but Statik’s ingenious puzzles made my inner puzzle lover dance and cheer.

Statik is easily one of the best looking games in VR on PS4 Pro. It has a very clean art style that provides just enough detail to keep it from being bland. The puzzles themselves are extremely intricate, with plenty of moving parts and gadgets.

The visual quality on the social screen is almost entirely mirrored inside the headset, which is simply incredible for immersion and overall comfort. As I mentioned earlier, I had zero problems with tracking as well on the DualShock 4.

Put simply, Statik stands toe-to-toe with the best puzzle games that PlayStation VR has to offer. I would even place it above most of the puzzle games on the PS4 in general.

It’s unique story, incredible puzzles, and sharp visuals make it more than worth your time and money. Just don’t expect to breeze through these boxes unless you're a seasoned puzzle veteran.