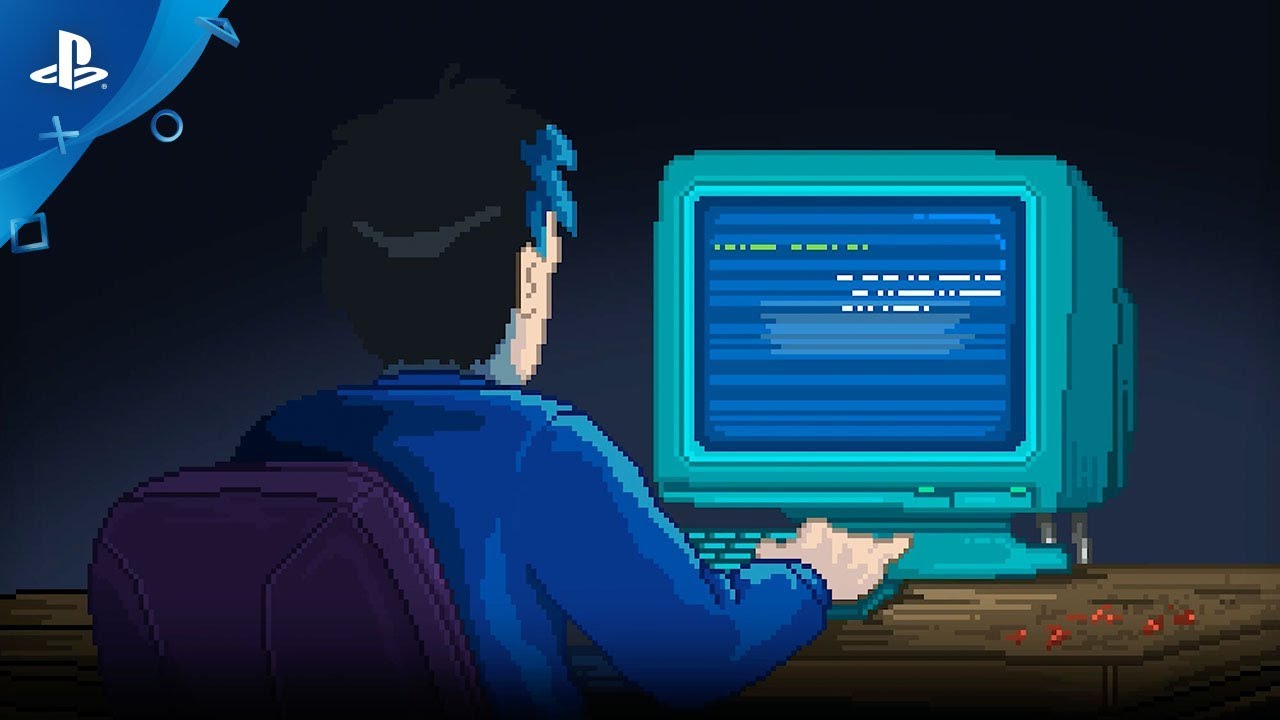 As technology marches forward, we’re getting a lot closer towards realistic artificial intelligence. Could you imagine having a conversation with a fictional character that feels like you’re talking to another human being? It may be possible sooner than you think. Until then, there are games that manage to emulate a similar experience.

STAY is one such example. In this game you are in contact with a man named Quinn who was abducted and woke up in a mysterious location with only a computer and you to keep him company. Should you stick around and help him escape? Let’s find out.

Meet Quinn, He Could Use Your Help

STAY is a unique horror thrilled in the sense that you have very little direct control over the main character. Your primary interface for most of the experience is a chat window with a webcam image pointed at Quinn’s face.

He types messages to you and you respond by choosing from different dialog options. It seems simple at first, but STAY manages to slowly reveal its nuanced story through some smart design choices that make Quinn feel far more real than any pixel art man has any right to be.

It starts with little things like his changing facial expression, or the way he turns away from the camera when a noise scares him. He’ll also accidently spell things incorrectly in the chat, only to correct himself in the next message.

These little touches make it feel like you’re talking to another human being. It doesn’t take long for you to sympathize with him either. Quinn’s writing feels natural and conversational, even if it becomes a little stiff at times. The general flow feels genuine, and his character development offers insight into his life, his mental health, and of course, the greater story at hand.

The game will pull away from the chat screen at times to show Quinn leaving the area to clear his head, or explore a new room after you helped him find a way forward. This cutscenes work fine, and often lead into puzzles as well.

The puzzles for me were hit and miss. Some of them were pretty interesting, while others relied on simple tropes. The first one really bothered me because the game failed to explain how it even worked. I eventually figured out what I was supposed to do, but the complete lack of controls left me pushing everything on the controller trying to illicit a response.

The UI in general looks nice, but could have communicated more information to the player. For example, the trust meter and mood meters, are esoteric in the sense that it’s difficult to understand what they mean and how your choices affect them.

Trust isn’t too difficult, it turns green or red based on your actions, but the four liquid meters for Quinn’s mood are a different story. They represent the four personality types described by the philosopher Hippocrates: Sanguine, Choleric, Phlegmatic, and Melancholic, but short of sounding really cool, it’s difficult to understand how they work unless you have an understanding of the terms.

It does fit into the story’s themes, however, as the game incorporates many different philosophical and psychological concepts. It handles these well, but sometimes incorporates them with a heavy-hand that borders on forced at times.

Closing the game at times when Quinn is unstable could result in him being gone or dead next time you boot it up. The same is true if you’re gone for too long, more than 24 hours in my experience was too much.

Granted, you can just reload the last chapter, but this sometimes results in repeating puzzles over again. As a result, I felt divided over the mechanic. On the one hand, it’s incredibly unique, but on the other hand it makes STAY feel like it’s forcing you to play it, or it will set you back as a result.

Ultimately, this thriller does a lot of things right, and it has some truly unique mechanics, but it stumbles in a few places.

A Simple, But Effective Style 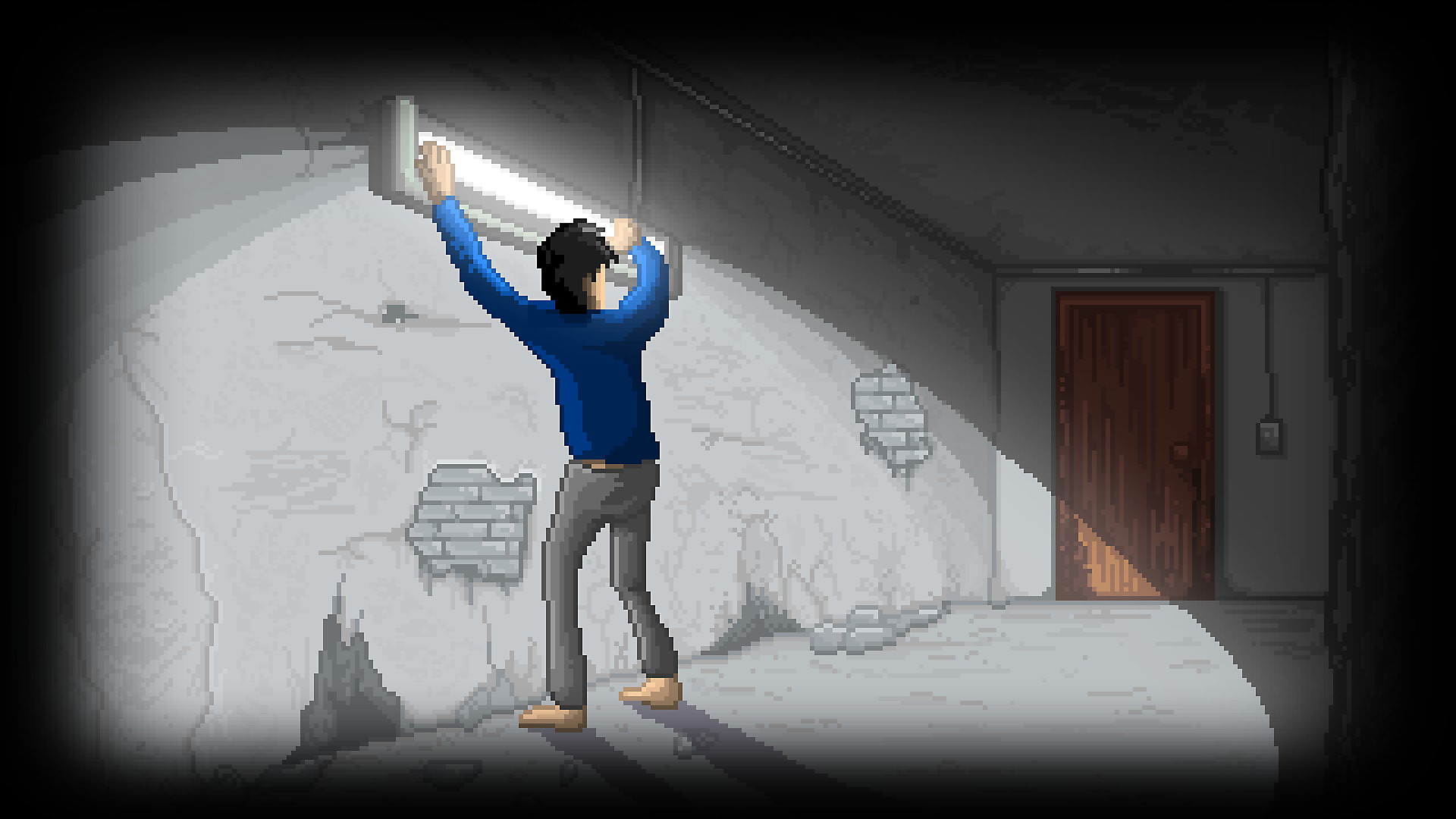 The pixel art style in STAY does a great job of evoking atmosphere and emotion. Quinn especially has a wide range of facial expressions and reactive animation. The chat interface works well, but it did move a little slow for my taste. It would have helped the game’s pacing for me if the dialog moved faster.

Even so, audio touches like the sound of Quinn typing on a keyboard or on the screen of a phone add a great sense of immersion. The soundtrack is also a standout element, offering a somber backdrop and subtle melodies to keep the atmosphere eerie and intriguing.

Composer Kai Engel manages to convey a lot of emotion through the game’s tracks, which pairs nicely with the revelations on screen. It’s a perfect example of how any art style or graphics can achieve emotional responses and strong atmosphere, given the right combination of sound design, music, and dialogue.

STAY is one of the most unique thrillers I’ve played on the PS4. It takes a lot of risks in its decisions, and while not all of them pay off completely, the experience on the whole made me want to stick around to see one of the multiple endings.