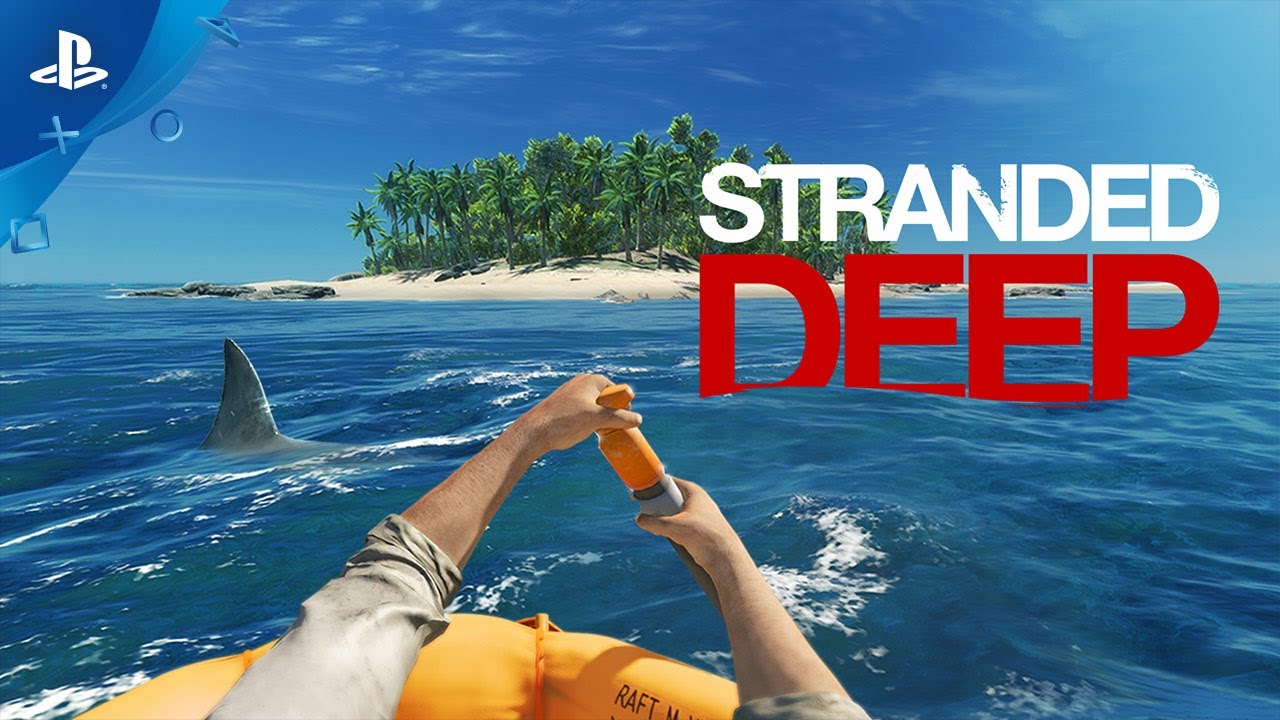 The survival genre has seen everything from underwater alien oceans to forests filled with terrifying mutants on PS4, but there’s always room to improve on the formula. Stranded Deep, a new survival title for PS4, comes to us from a small studio that took the time to finish porting the game to console after their publisher went under.

Given this no double long and difficult road, Stranded Deep manages to stand tall among its brethren, offering an intriguing survival experience with plenty of things to hunt, gather, and craft. Most importantly, the game features a way to win in the form of an escape from your circumstances. Does it all come together into an unforgettable forced island getaway? Let’s find out.

A Simple Premise With a Powerful Motivation to Carry You Forward

Stranded Deep opens like many other survival stories: with a plane crash. Honestly, it’s a wonder I don’t have a bigger fear of flying after playing these types of games. Obviously I’m not doing much traveling these days, but prior to current events I did find myself on planes pretty frequently.

Moving along before I go down that rabbit hole, Stranded Deep wastes no time in getting you into the thick of things. Once the plane crash has happened, you’re thrown into a life raft with some supplies in the pouch, an anchor to keep it from going anywhere, and a paddle to get things moving.

You’ll find yourself near a small island, but the game offers a large number of procedurally generated islands around the map that you can explore at your leisure, in addition to sunken ships and underwater environments enticing you freedive into them for additional materials and food.

Stranded Deep makes a strong first impression by offering a fairly well-paced tutorial that gets you comfortable with the controls and mechanics. While there are things that can poison, damage, or kill you, there is an option to make things like snakes and sharks passive or non-existent. Most people will leave them on for realism, but the option is nice here for those with phobias or those who would rather just enjoy the survival mechanics.

In terms of story, Stranded Deep doesn’t offer much at the beginning, but a “story” tab of your crafting menu hints at the eventual progress you can make towards an escape and ending, so there is motivation here to do more than just set up camp and build a base (though you can do that).

I personally prefer some kind of purpose in my survival games, so this thread for me to follow was a great way to keep me engaged and interested from the beginning. Of course, the vast majority of people are here for the gameplay, and in that regard Stranded Deep delivers in a lot of ways.

It all starts with your watch, which you can check at any time. This lets you see your hunger, thirst, health, and SPF, which decreases as you’re exposed to sunlight. The last one is particularly interesting, because it encourages you to craft ways to withstand the sun, or do more freediving during the day to cool yourself off in the water.

The watch also lets you check your status effects and your skills. Skills in Stranded Deep follow the tried-and-true mechanic of levelling up as you use them. This allows you to improve across a number of categories like crafting, harvesting, and others. Crafting in particular is important to level up, as some basic recipes like the antidote won’t be available until you level up a few times.

I learned this the hard way when I stepped on a snake and proceeded to craft simple tools and spears until I could make an antidote. It wasn’t ideal, but I won’t deny that it was thrilling to try and race the clock before the poison drained my health.

In terms of gathering food and water, Stranded Deep offers a steady difficulty curve that makes it welcoming to less experienced players. Coconuts, for example, can be cracked open with simple tools to drink and then split open to eat.

Things like crabs and even small fish can be killed and cooked on something as simple as a campfire, but you’ll eventually have the option to build more suitable tools. A water still, meat smoker, and even a simple oven all become available to you at a consistent pace.

The crafting system overall is wide and varied, even compared to other titles in the genre. It also offers nice organization in the menu and the ability to pin items to your HUD for the purpose of tracking the materials you need.

You’ll find everything from weapons, to structures, to vehicles, and more in various tiers of quality as you level up your crafting skill. Combine this with the thrill of exploring underwater locales and finding those moments of pure joy when you discover precious materials in a sunken vessel or abandoned structure, and Stranded Deep does a great job of portraying the survival elements you would expect from this kind of premise.

Compared to other survival titles, Stranded Deep’s procedural islands allow for exciting discoveries both above and beneath the waves. This constant allure of discovery, combined with the solid crafting and survival mechanics, helped the game stand out from the pack for me.

When you’ve managed to best the game’s challenges and discover the ending (which involves hunting some terrifying creatures spread across the map), there’s a cartographer mode that lets you tweak the map and reignite your desire for exploration and discovery.

That being said, this island getaway isn’t entirely a paradise. The game is surprisingly polished, given the state of most titles in this genre when they release, but it does have some quirks. Radial menus are the order of the day here on console, and while that’s fine, the crafting menu is a more rigid structure that I think could have informed some of the other menus like your inventory.

Speaking of inventory, a small gripe I have is that you can’t craft an item if your inventory is full. It’s understandable, but if two or more items are to become one new item, then you wouldn’t technically be using any more space.

Other small bugs seem to come from the procedural generation, which results in plants spawning inside of walls and the like. The most recent patch for the game also added things like an inverted Y axis, and sensitivity sliders, but I noticed more drops in performance than before.

Another thing that would have been nice is the ability to pack up your shelter and bring it with you to other islands. Other structures I get, but you can only save at your shelter or sleeping bag. The former is relatively easy to make, but having to remake it every time you reach a new island (or worse, start your base again from scratch), kind of takes the wind out of your sails in terms of that drive for discovery.

It’s at odds with the games strengths, so I would have honestly preferred a more flexible saving system to encourage exploration.

Stranded Deep is still in Early Access on PC, where it also has split-screen co-op, so I think this PS4 version isn’t quite complete from a feature standpoint. I would have loved to see local co-op at launch, for example.

The team behind this title seems passionate though, and they are actively gathering information on issues or bugs. If they manage to bring this title to release in the state that it’s currently in, I’m confident that we will see improvements as time goes on, and new features added via updates.

That being said, I have to review the game in front of me, and it’s clear there are some missing features here. It’s a testament to how much they did include that the game still feels pretty complete and compelling throughout, but missing things from the PC are still worth noting. 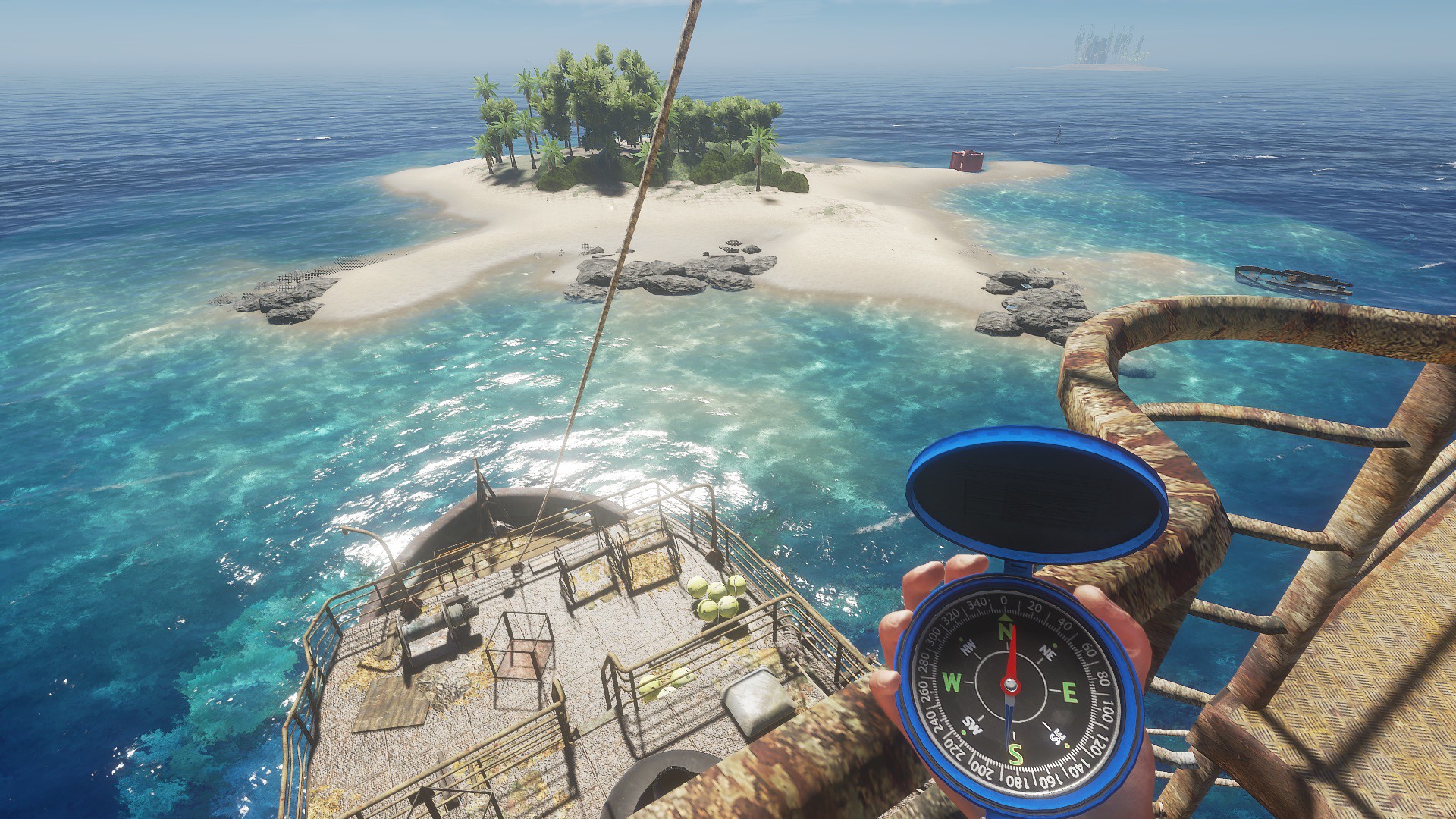 The presentation in Stranded Deep on PS4 is quite impressive at times. The lighting in particular looks excellent during sunsets where light breaks through the trees and cascades across the sandy shores of your current home.

Other things are less impressive up close, like how sections of the island can be covered by vast swaths of relatively undetailed bushes vegetation. Animations are largely solid throughout, but it has those quirks where you’ll skin something like a sardine and walk away with a chunk of meat. The same goes for small creatures like crabs.

The aforementioned dips in performance are the most immersion-breaking for me, and I hope to see that tightened up in future updates. Really though, Stranded Deep does a great job of meeting the expectations that most players will have from the survival genre, and expanding upon them with compelling new options in both crafting and exploration.

It’s all wrapped in a large world dotted with islands to explore and enough mysteries beneath the waves to keep you chasing that ending. Combine that with the map editor function, and you could find far worse ways to spend $20.

A copy of Stranded Deep was provided to PS4 Experts for review purposes.