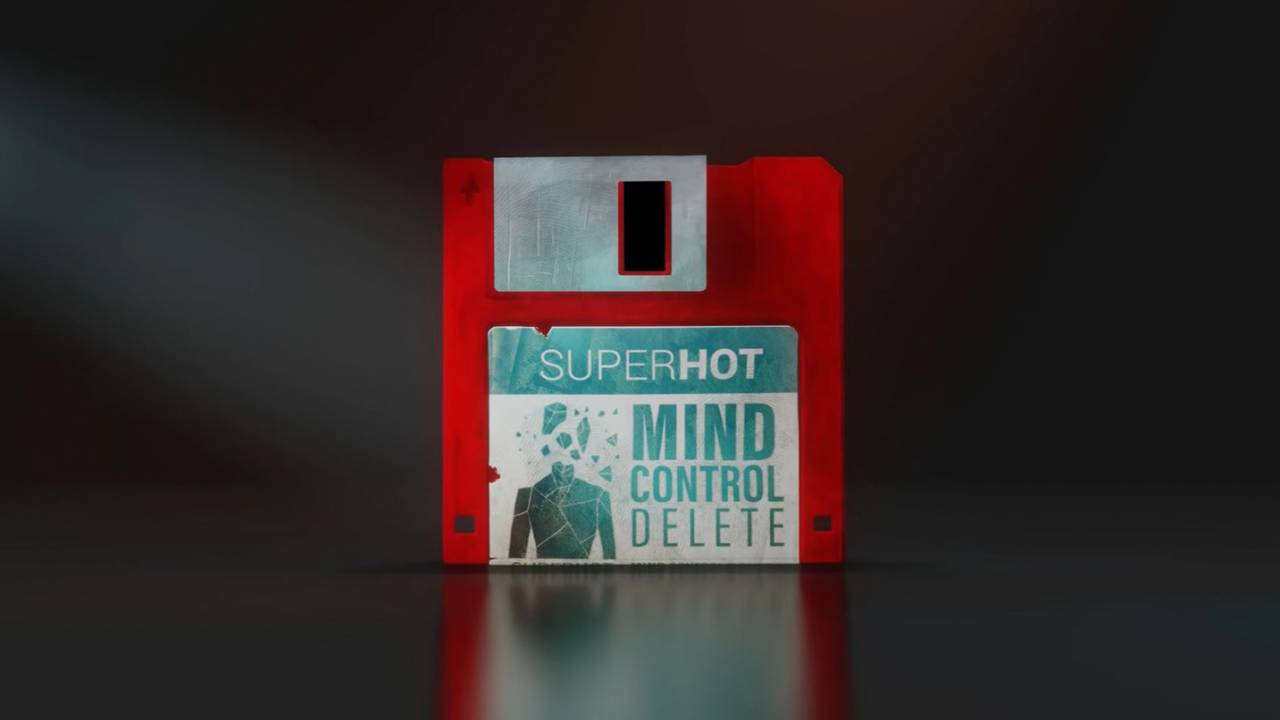 When SUPERHOT first released onto the scene, people called it “The Most Innovative Shooter I’ve Played in Years,” and while that statement has more meaning for those who played the original, it also rings true. A shooter where time only moves when you do? Sounds unique to me! The series took hold of hearts and minds once again when they released a VR title that offered unique levels and amazing mechanics in PSVR.

Now, what began as a free add-on has spiraled into a full release in the form of SUPERHOT: MIND CONTROL DELETE. Those who purchase the original before July 16th, 2020 get it for free, but the rest will pay $24.99. For free it’s a no-brainer, but what about those who will read this after the date and pay full price? Let’s find out.

A Simple Premise, With New Layers Added Throughout

SUPERHOT really got my attention at launch with its stark white, black, and red color palette. It also had this incredibly stylish world and narrative that slowly unraveled itself throughout the experience. It was subtle and captivating, challenging and unique, and one of the most innovative shooters I’d played in years.

That being said, it was pretty simple. You got killed in one hit, weapons were varied but difficult to obtain quickly, and enemies came in a single type that took one shot, three punches, or a variation of the two with melee or thrown weapons to defeat.

SUPERHOT: MIND CONTROL DELETE seeks to add new layers to the experience, some of which really heightened the moment-to-moment gameplay for me. Others didn’t hit home quite as well, but the promise of new abilities, upgrades, and tidbits of new story kept me going.

As it is with the other games in the series, the story doesn’t happen all the time, but it’s a nice surprise when you suddenly receive some text flashing on the screen, or cryptic messages on your virtual computer screen. While things are cryptic across the board in this series, those who have played the original will get more out of the clues and hints that this new entry drops.

Really, though, SUPERHOT: MIND CONTROL DELETE is about the gameplay. If you’ve bought the original game before July 16th, 2020 (giveaways or free codes don’t count), then you’ll get the new entry for free around that time. If you receive it for free, this is a rich and deep standalone title that fans should absolutely play.

When it comes time to pony up for it, I will say that newcomers should check out this title, but I would recommend playing the original or VR version first. I say that because this new title switches up the gameplay and adds more depth, but doesn’t quite hit the highs of the original in terms of variety and level design.

More on that in a moment. The structure for SUPERHOT: MIND CONTROL DELETE feels like a roguelike in the sense that you enter stages with multiple fights and random modifiers. Instead of one hit, you can take anywhere from two to four hits based on your current modifiers. Lose all of your hearts, though, and it’s back to the beginning of that run.

Modifiers come in the form of hacks and cores. Cores are something you can pick at the beginning of a run. Some of the early ones include extra hearts or the ability to charge at enemies and punch them, closing the pesky distance between you and the enemy.

Hacks are more random. You’ll unlock them as you progress through simplistic maps and trigger nodes. They go into a pool and appear randomly in sets of two throughout any given run. Once equipped, they offer a unique ability for the remainder of that run.

These can be game changers. Everything from refilling your hearts, to starting every level with a random gun. The fact that they are random means you’ll sometimes get great options, and other times you’ll find yourself with somewhat useless skills (such as the ability to shoot our shurikens when you lose health, but you only have one heart left. This happened to me on multiple occasions).

Overall, though, I liked these new layers. The only real thing that started to grate on me was the lack of variety in the stages. It wasn’t long before the same areas started repeating fairly often. The addition of new enemy types (like ones that only have one weakpoint) keep things fresh, but despite me spawning in different places, the environments became pretty familiar early on.
With a lot more content than the prior entry, SUPERHOT: MIND CONTROL DELETE has the sheer numbers and mechanics to impress, but what made the original so compelling were those moments when the game surprised you. A great example was the level where you’re in an elevator, surrounded by enemies pointing guns at you. That kind of shock and twist to the design is lost when you're using the same sets of levels with different enemies.

None of this ruins the experience, but it does offer a reminder that more isn’t always “more.” The simplicity and genius of the original SUPERHOT manages to stay on top, despite the addition of cool new mechanics and enemy types. I’m always up for more SUPERHOT, and MIND CONTROL DELETE offers that in spades. It just doesn’t quite surpass the original in terms of design and sheer innovation.

A Presentation That Still Manages to Impress 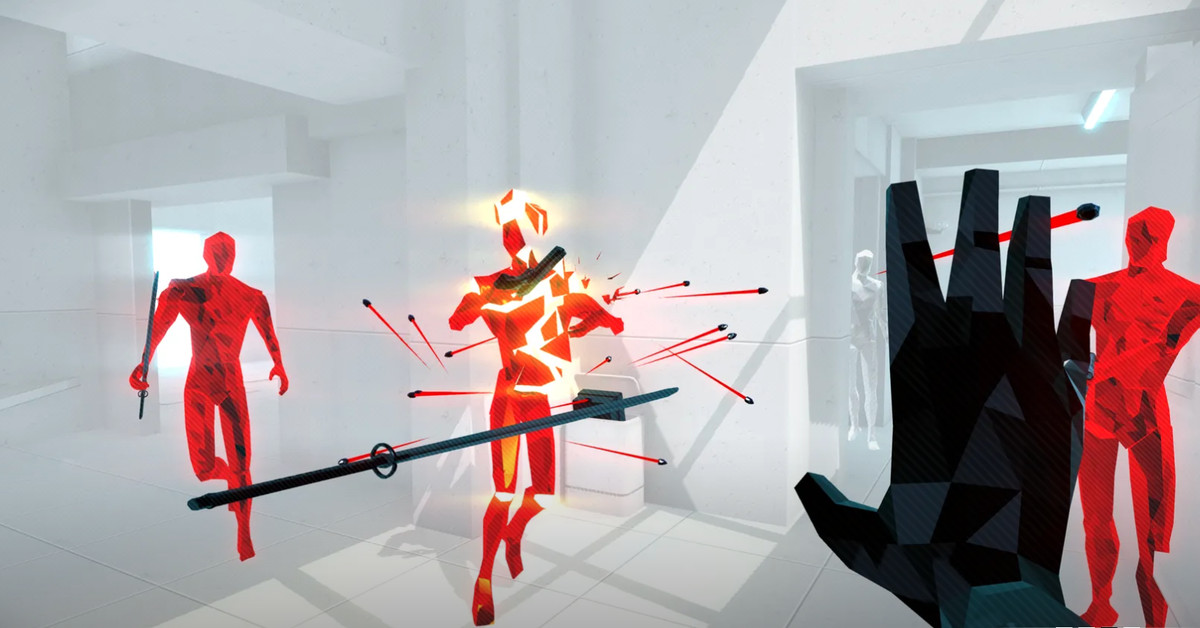 SUPERHOT: MIND CONTROL DELETE keeps with the aesthetics that make the series unique visually. The bright pop of the red on enemies, the unique new designs for alternate enemy types, the stark contrast of black weapons or throwables on the white environments, it’s all there.

Hearing the classic “SUPER, HOT” chant at the end of a long run never gets old, and the drip-feed of the story is always appreciated in this dystopian sci-fi world. It’s not the SUPERHOT 2 kind of leap one would hope for, but as a standalone entry in the series, it does enough to stand out, and even if you don’t get it for free prior to its launch, worth the price of entry if you enjoy the gameplay of the original or VR versions. It may not be the most innovative shooter I’ve played in years, but it’s still absolutely worth your time.

A copy of SUPERHOT: MIND CONTROL DELETE was provided to PS4 Experts for review purposes.