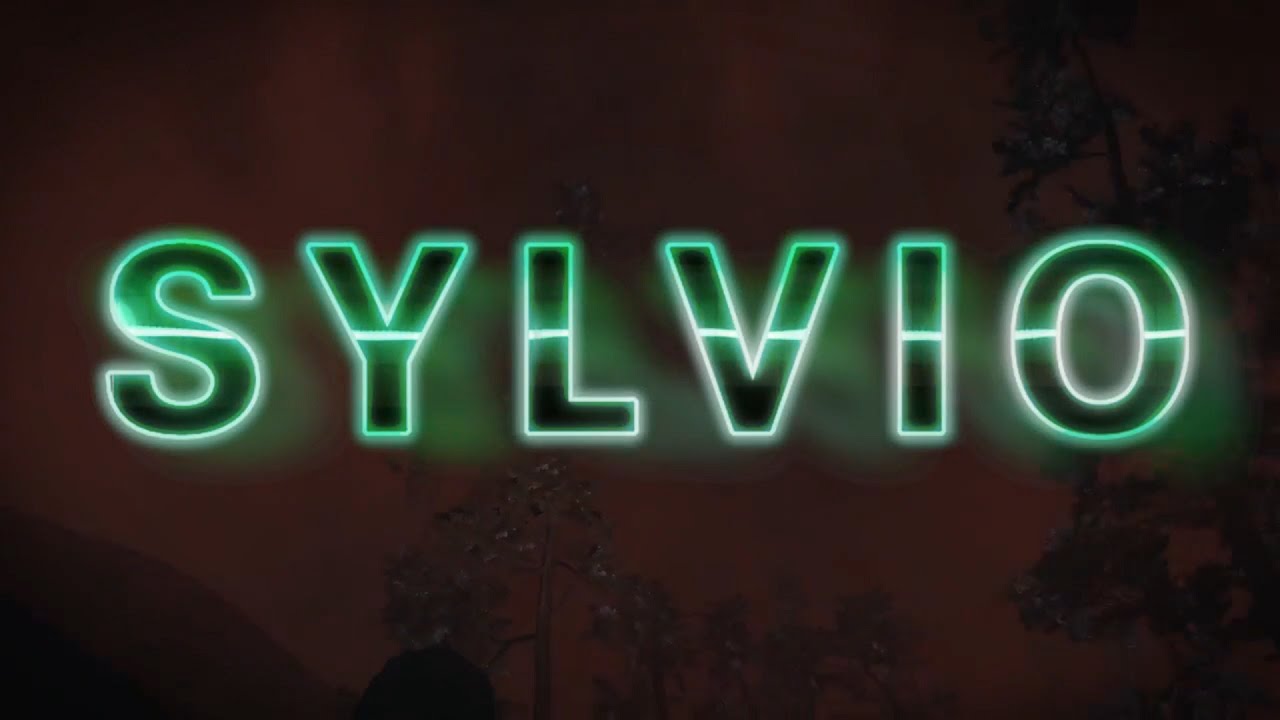 Electronic Voice Phenomenon, or EVP for short, is one of the most interesting paranormal practices out there. There have been plenty of instances of it in TV shows, movies, but rarely in games. Thankfully, Sylvio is here to remedy that. In this horror game for PS4, you play as Juliette Waters who is a ghost recorder by trade.

She enters an abandoned family park that was shut down after a landslide to capture the voices of the dead and find out more about the mystery behind this place. Does Sylvio send a horrific message from beyond, or does it get lost in the static? Time to find out!

A Tale of Terror, Told From Beyond The Grave

Sylvio immediately differentiates itself from the other horror games on PS4, or on any platform for that matter. I cannot think of a single game that has ever used EVP as a core mechanic, but man, does it work here.

The story in Sylvio is told almost exclusively through messages that are recorded and delivered by a ghost recorder device. You explore the game’s large areas with a microphone in hand and find opportunities to listen in on the whispers that happen between the static.

I cannot stress enough how well this is done. Sylvio’s audio was recorded using authentic tools like a ghost recorder and AM radio, which gives the game’s audio an insanely atmospheric feel and weight. When I captured a recording, I would eagerly open the game’s menu to start playing around with the audio.

Since the voices of the dead are passing from one world to the next, things get jumbled up in the process. I’ll discuss more on how this works in the gameplay section below, but in terms of story, the game does an excellent job of keeping track as you uncover more recordings.

They are grouped by the sources they came from and any words you catch are written down on the virtual notepad in the game for you to reference later. This helps you piece together the story as things progress.

While it can be very difficult to understand what’s going on in the beginning, the pieces do fall into place, so don’t let the seemingly random ghost comments fool you, it’s all heading somewhere.

The dark themes of the story, combined with the unique way it’s told, make Sylvio easily one of the most unique horror titles I’ve experienced in this regard.

Now, does the gameplay support this unique setup? We’re about to find out. 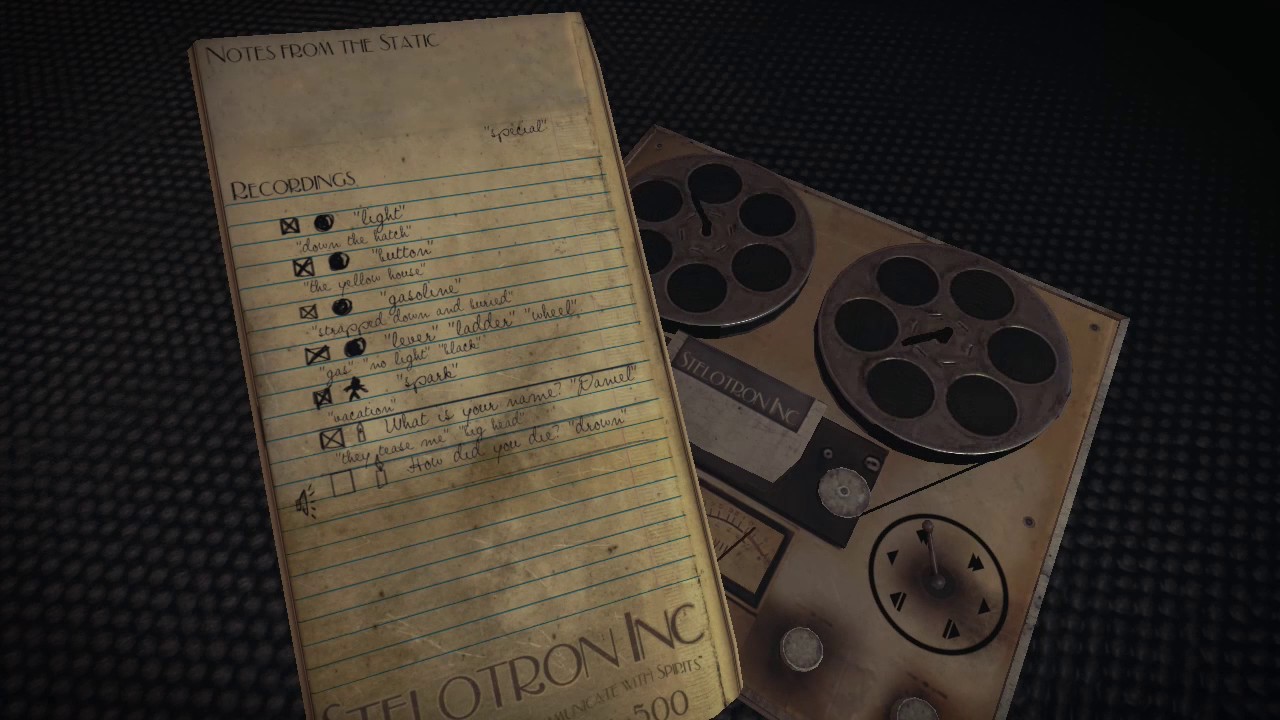 The gameplay in Sylvio is a mixture of two very different parts. On the one hand, you have a competent, if a little frustrating exploration/puzzle solving mechanic, and on the other you have an exquisite EVP mechanic that has never before been so accurately realized in game.

It comes together into an interesting mixture. Let’s start with the exploration and puzzle solving. Getting around in Sylvio is a fairly simple affair. You’ll have visual queues to show your immediate objectives, and items can be picked up/used to solve puzzles.

In addition to your recording equipment, you’ll also gain access to a rudimentary gun that’s powered by an aerosol spray paint can. It fires various types of ammo, but primarily you’ll be using potatoes and nails.

The gun isn’t particularly exciting to use, but thankfully it’s not a major component of the game. It’s used to solve some puzzles, but primarily you’ll use it to disperse ghostly apparitions before they get to you.

These encounters can be incredibly scary, primarily because you don’t often know where they are coming from. A few shots will put them down and then things get really interesting. Juliette will pull out her microphone and record the message left behind as the spirit departs.

From here, you go into a screen where you can manipulate the audio you just captured. Since spirits have to communicate across the veil between life and death, Sylvio cleverly uses this to create an awesome game mechanic where you must decipher the message.

Using the dial, you can play the audio forward, backward, and at fast or slower speeds. All of these are consistently used to pull out the various words hidden in the message. With the authenticity of the audio, you get these eerie experiences where there’s static, drops in pitch, whispers, and even crying.

They feel like real recordings, and what’s even more amazing, is that they are genuinely terrifying to listen to, especially if you’re playing at night, alone, with headphones on. This was my experience, and Sylvio’s haunting messages certainly had me looking over my shoulder more than a few times.

Beyond the recordings you get from vanquished geists, you can also find hidden spots of EVP in the game’s massive environments. These collectibles are typically single words or phrases, but they add to the story. You’ll also find scraps of paper and bookshelves where you can read about some of the backstory in regards to the Saginaw Family Park.

The exploratory gameplay, driving, and puzzle solving are all serviceable, but they pale in comparison to the true star of the show, which is the EVP mechanic. It’s easy to forgive some of the other shortcomings (even if they can be frustrating), when you’re fully immersed in a distorted message from beyond. 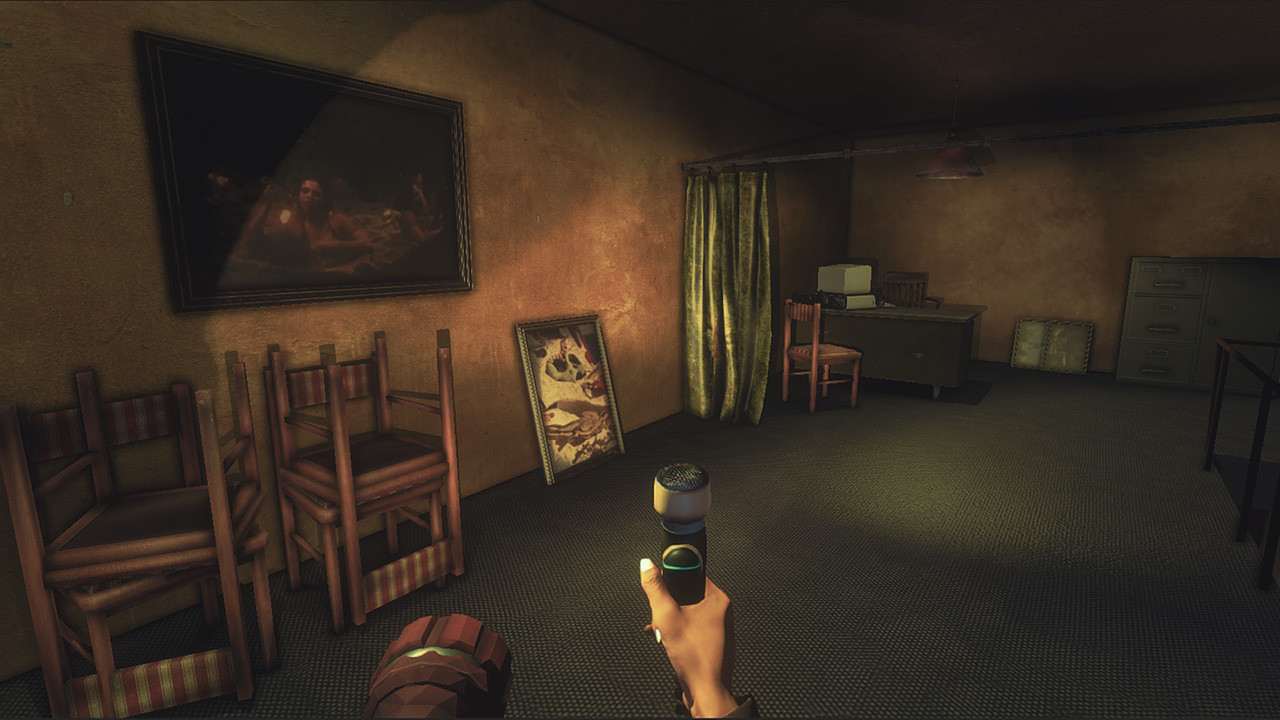 Sylvio underwent an overhaul in the graphics department before being released on PS4 and remastered on PC. Made with the Unity engine, it’s not going to beat out any of the AAA titles in the visual department, but it’s an impressive effort given that one man, Niklas Swanberg, is responsible for it.

The environments nail the look and feel of a place that has been abandoned. The open forest areas can be sparse, but they are highlighted by landmarks and unique places to explore. Of course, the true masterpiece here in terms of presentation is the audio.

Juliette’s voice actress takes a soft and distant approach to the character. Some would say she sounds disinterested, but I would argue that she’s numb to these things since her profession is indeed a ghost recorder.

Her soft murmurs and observations carrying a haunting tone that I really liked. When it comes time to record and playback the audio messages, the game truly shines. While I’m fairly confident we haven’t had many EVP-based horror games, I can say that this one does it the best by far.

Whether you believe in the phenomenon or not, if EVP was real, this is what it would sound like. As a main focus of the game, it’s clear this mechanic and aspect of the presentation was given the utmost care to be as authentic as possible and it’s the real reason this game shines as a horror title.

You can currently pick up Sylvio for $12.99 on the PSN store. For that price, if you’re even remotely interested in the idea, and you’re tired of the usual horror offerings (jump scares, zombies, etc), then Sylvio has something very special in store for you.

You may need to listen to the message backward, forward, sped up, and slowed down, but ultimately Sylvio’s unique approach to the horror genre comes through loud and clear.

What is your favorite type of horror game? Let us know in the comments below.