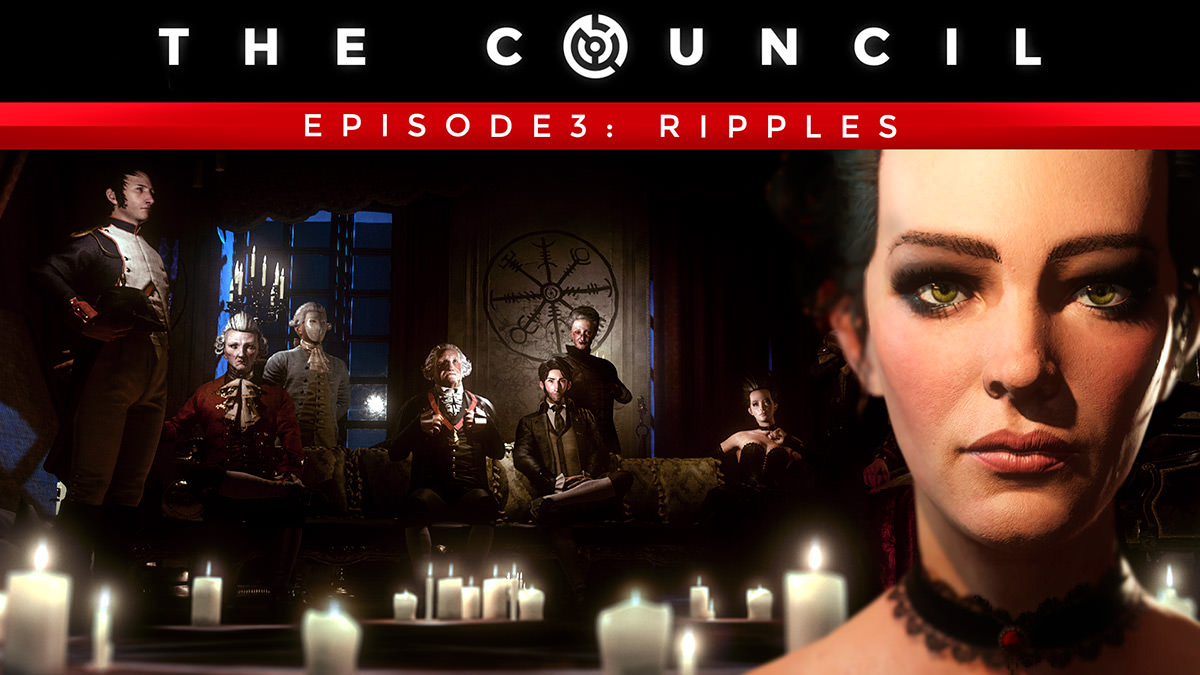 When The Council first entered the scene several months ago, I was floored with its unique take on the narrative adventure genre. By mixing in RPG elements and unique mechanics, I felt like we finally had a contender for the Telltale throne. While the series faltered somewhat in episode 2, Episode 3: Ripples is here to move things forward in some big ways.

Now that I’ve finished this latest episode, it’s time to find out if this was the jolt the series needed, or if The Council is going to be remembered as the game that fizzled out after the first episode.

A Return to Form in Episode 3

It goes without saying, but there will be spoilers for episode 1 and 2 here. I won’t reveal anything about episode 3, of course, but I’ll need to make some comparisons here to past events. Feel free to check out my reviews for episodes 1 and 2 by clicking the links at the bottom of the page.

Alright, now that housecleaning is out of the way, let’s talk about Episode 3: Ripples. After the cliffhanger ending in episode 2, this episode has a pretty strong start. That being said, the story is pulled in several different directions from the onset, which makes the opening moments feel kind of chaotic.

One thing that happened in episode 2 that also seems to happen here, is the feeling that certain story developments are swept under the rug. For example, in episode 2 we never really reached a satisfying conclusion to the murder of Elizabeth Adams and that plot line is still dangling here.

The same goes for some of the developments from the ending of episode 2. I’m hoping that these threads will get tied up by the end of the series, but the way they are pushed aside feels awkward and forced from a story standpoint.

That being said, episode 2’s plodding pace is quickly replaced here with a tighter rhythm to the events. The stakes continue to climb in episode 3, and the overall direction of the plot takes a very intriguing turn.

While I left episode 2 feeling uneasy with the story and where it was going, Episode 3: Ripples successfully throws in some big revelations and twists that had me back on the edge of my seat. That being said, some of the game’s mechanics and the setting are starting to show their cracks.

For starters, the game’s setting in the manor has been reusing many of the same environments since the first episode. At this point, they’re starting to lose their sheen, but I’m hoping episode 4 will expand into other parts of the island beyond the mansion.

Using the same environments also removes your ability to find additional items, such as royal jelly, which is among the only ways to increase your effort points. At this point, if you’re like me, you’ve already raided the manor and without any reliable way to increase your points, all those skills you’ve been working on can’t be used.

A simple fix for something like this is to refresh the items in the manor to be found, or perhaps recharge your effort points when you sleep. While it’s still possible to navigate the game’s confrontations and conversations without the use of your skills, it’s far more difficult and takes away from my favorite aspect of the experience.

I’m hoping the developers at Big Bad Wolf can find a way to implement some sort of method that balances the effort point system more effectively, because at this point the game’s best mechanics surrounding the RPG elements aren’t usable if you run out of points to spend.

That being said, certain skills won’t cost any effort points, but these are ones that you’ve leveled up by a significant amount and by now that’s probably not many for most players. I’m happy to see mechanics like the confrontation make a comeback in this episode, but now I just want to be able to use the skills I’ve been developing more often and we’ll be golden. 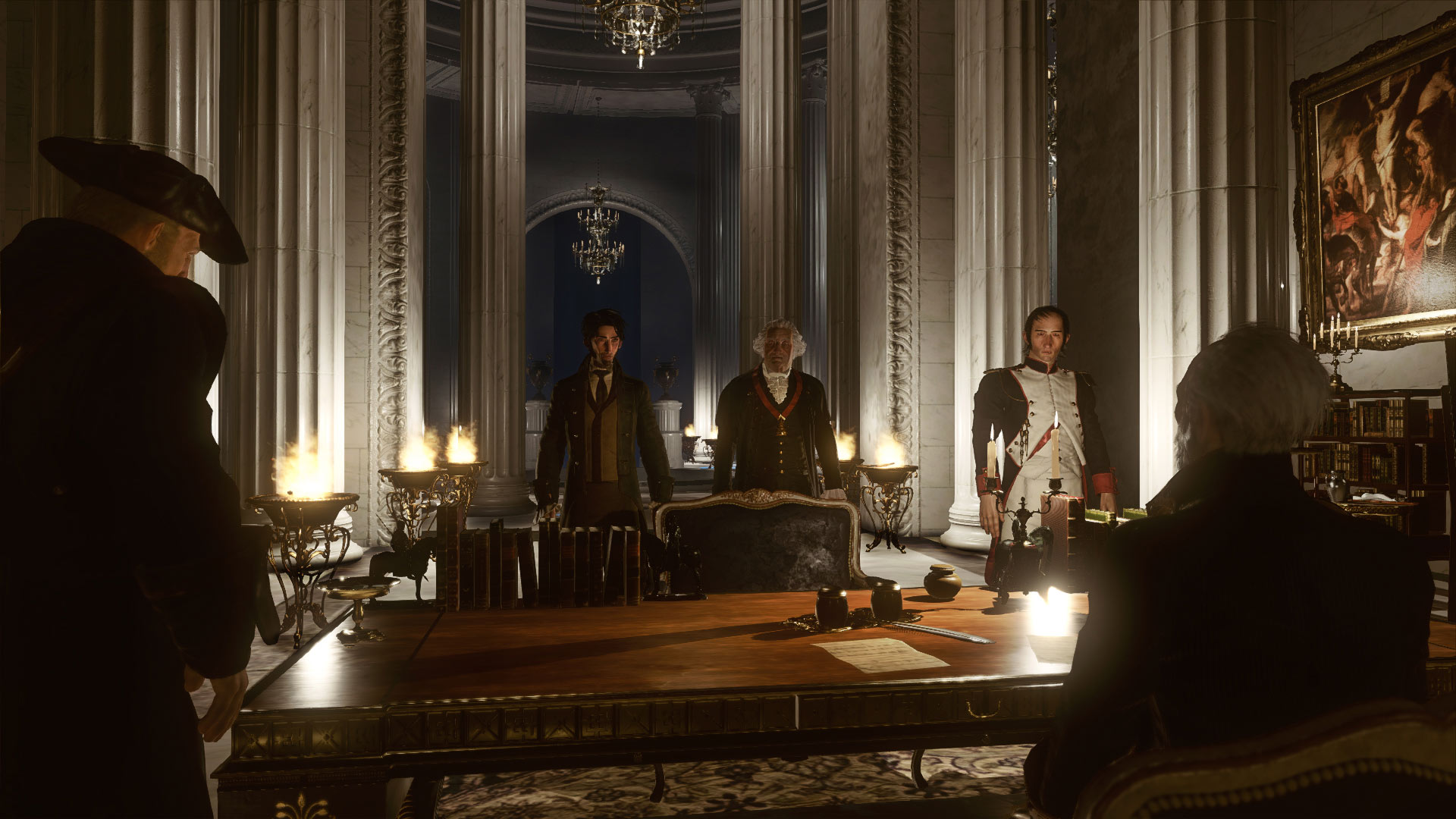 The Council Episode 3: RIpples is the return to form I wanted from this series. The new plot developments are exciting, the pacing was far better this time, and the setup for episode 4 has me very excited to see what comes next.

There’s a nice balance between answers and new questions here that do indeed send a ripple through the game’s narrative. I for one am very excited to see what comes next as a result.