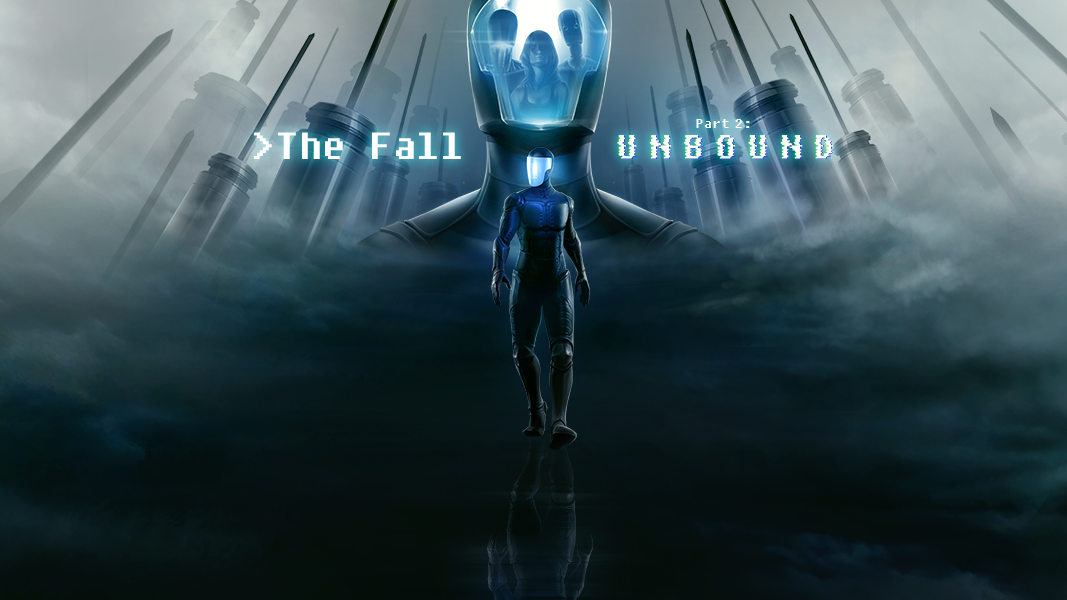 I’ll be honest with you. I waited to play The Fall on PS4 because I knew it had a killer cliffhanger and I wanted to be sure Part 2 was ready for me when I finished the first one. Knowing this, you could imagine my excitement when The Fall Part 2: Unbound was announced for PS4.

Having blasted through the original and the sequel, it’s time to answer the question on everyone’s minds: does The Fall Part 2: Unbound tell an intriguing tale, or does it fall flat? Time to find out.

A Sequel That is Equal Parts Bigger and Better

While The Fall Part 2: Unbound does give you a nice recap of the first game, I’m going to avoid spoilers from the first title. I really enjoyed playing through the first one before tackling the second part, and I would recommend you do the same.

In either case, you’ll have access to a video that gets you caught up. Part 2 begins with Arid in a precarious situation. Without access to your body, your mind wanders through the virtual network that connects everything.

As you explore this virtual representation of the real world, you’ll come across three other robots who each have their own part to play in your story. Not only that, but they have stories, personalities, and challenges of their own.

If you want to win their trust, you’ll need to earn it. The first part of the game involves taking control of, and assisting, these three other robotic characters. One is a butler, stuck in his ways and routines. Another is a robot who is convinced that he is unique and above all others.

Finally, the last robot is a companion who, uh, provides comfort to lonely people. As you control and interact with each of them, you’ll explore three vastly different environments and help them solve their immediate problems.

As the story progresses, Arid begins to uncover more of the conspiracy revealed in the first game. Arid’s story, in conjunction with the three other character’s tales, makes for a very exciting and complex narrative.

Not only did I care about Arid and her fate, but I also wanted to see the other three robots find what they were looking for, and break free themselves in a way. The latter half of the game funnels you into an intense final act where the stakes are high.

It all culminates in a satisfying ending that promises a conclusion to this amazing science-fiction tale. While The Fall Part 2: Unbound is undoubtedly an improvement on the original, the supporting characters really made this story come to life in a special way.

Arid herself is interesting, but ultimately rigid. These other characters, with their wildly different personalities, made for an eclectic cast that brought Arid out of her shell in a way that the first game never could.

If you’re even a passing fan of science fiction, I highly recommend The Fall and this sequel. It delves into themes of identity, artificial intelligence, and what it means to be alive. So, the story was excellent for me, let’s find out how the gameplay fares. The Fall Part 2: Unbound tries to be an action game with combat and a puzzle game as well. While the combat in the sequel is vastly improved from the first game, I still didn’t love it. As you’re exploring the virtual network, you’ll be ambushed by rogue virus enemies.

They come in different varieties, but you’ll ultimately need to wait for them to attack, then you’ll dodge, and then you can damage them. There are exceptions to this pattern, but it’s primarily your combat strategy.

Arid is more fluid in her movements this time around, but the controls are too stiff for fast-paced combat. It works fine, but there were times when I was trying to reach a platform or dodge an attack and found myself falling off the ledge when Arid performed her leaping dodge animation.

The game does offer an option with less combat if you prefer, but you’ll still need to fight fairly regularly. It’s not broken or terrible by any means, but the combat just doesn’t feel needed when the puzzles and exploration as so satisfying.

In fact, the combat simply felt like a distraction for me as I eagerly made my way to the next story mission. There is one exception to this rule, and it comes in the form of combat that you perform as one of the three robot characters.

During these segments, you control a character named One who fights off other copies of himself during intense combat encounters. You’ll need to time your strikes correct as enemies come from the left and right.

New enemies mix up the strategy. Some of them will dodge and switch sides, while others require multiple hits. After each combat encounter while playing with One, you’re given a letter ranking. These combat encounters were very fun, if a little stiff as well. I preferred them over the fights when you’re playing as Arid.

The true star in The Fall Part 2: Unbound are the puzzles. As you navigate environments, you’ll use your flashlight to highlight objects and interact with them using several options depending on the situation.

This simple control scheme is used to create some of the most creative puzzles I’ve seen on the PS4. Not only do the solutions feel logical and organic, but the puzzles become gradually more difficult until the final act when you’ll be forced to use everything you’ve learned in really creative ways.

For me, a puzzle game truly elevates itself when the challenges feel organic and intrinsically tied to the plot. Too many games throw puzzles in as a mechanic, but The Fall Part 2: Unbound uses them to further your understanding of the game’s world.

In my opinion, those are the best kinds of puzzles gaming has to offer.

The Fall Part 2: Unbound is a great looking game with a very defined style. The graphics are crisp and environments all feel unique and detailed. I loved the stark contrast in color between each of the three supporting characters and their respective areas.

The virtual network, while a little bland in some places, made for an interesting digital representation of the real world. Voice acting is strong across the board, with excellent performances from the supporting cast.

Arid herself showcases more emotion than the previous title as well, which further endeared her character to me. With a length several times longer than the first game, The Fall Part 2: Unbound is an all-round excellent science-fiction adventure.

While some of the animations can feel a little stiff, and the combat can sometimes feel like a chore, overall I highly recommend this series. We absolutely need the third game to come to fruition, so buy both games in the series to support this talented developer! You’ll be glad you did.

A copy of The Fall Part 2: Unbound was provided to PS4 Experts for review purposes