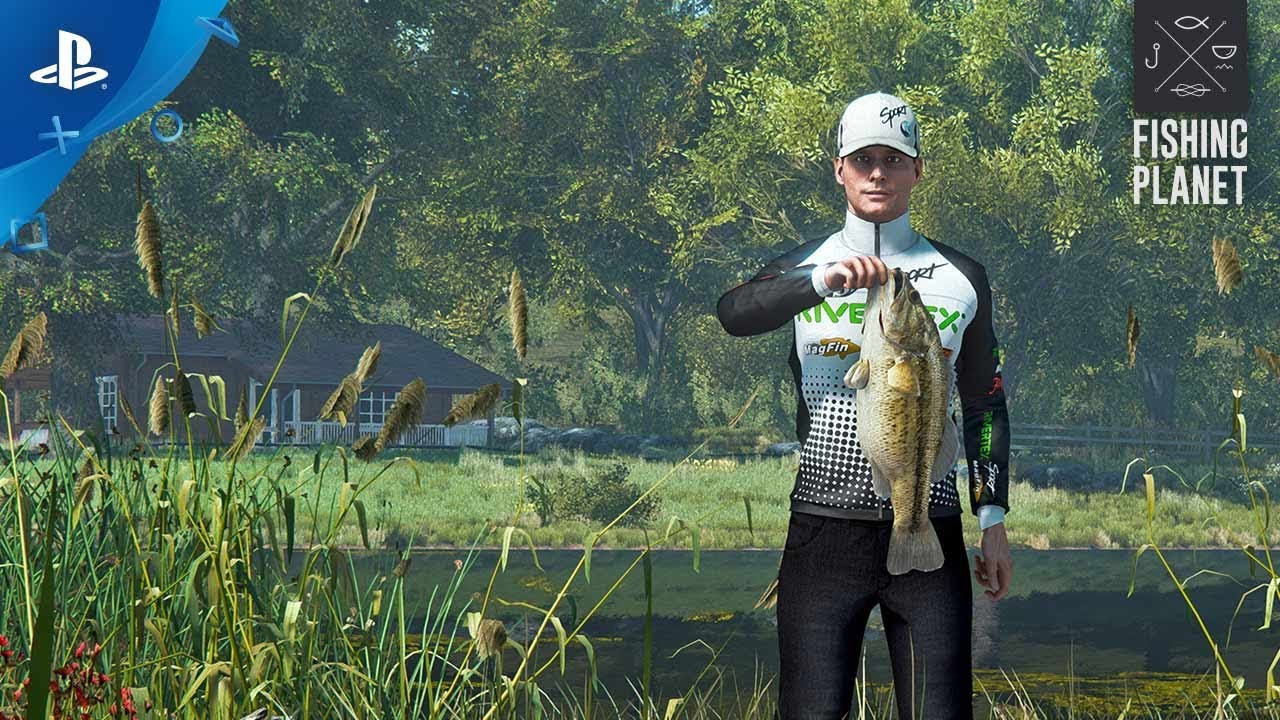 Fishing has been a staple in video games since the very beginning. While many may know it as a mini-game in the likes of titles like Zelda, Fire Emblem, or Nier: Automata, full-fledged fishing sims have also had their share of the spotlight over the years.

The Fisherman - Fishing Planet for PS4 promises to be the gold standard in the genre. With a huge number of locations, species of fish to catch, and an assortment of gear to choose from, it certainly brings the numbers to back that up. The real question here is should you bite the hook? Let’s find out.

A Comprehensive Fishing Experience with a Few Tangles in Its Line

The Fisherman - Fishing Planet comes to PS4 from its origins on the PC and includes full access to all of its content from that platform. This entails over 19 different lake and river environments, along with 143 different species of fish and over 1,000 different products within the in-game store (that you purchase with in-game money, to clarify).

Those are big numbers, but the game does a nice job of easing you into the mechanics. The training missions, while numerous, walk you through each step of the journey from choosing a rod, to purchasing bait and tackle, to choosing your hook and your location.

Once you’ve chosen a location, you’ll need to take into account travelling costs, as well as the appropriate fishing license, but catching fish will ensure you can make up the difference. Helpful additions like information on all the fish in the area allow even novice players to match up the right kind of bait and ensure success in some fashion regardless of how much they know about fishing itself.

A graph also shows the best times of day for fish activity, and the ability to quickly change said time is a nice touch. You’ll have the option to fish from the shore, from docks, and even try your hand at trolling in a motorboat.

The actual act of fishing in The Fisherman - Fishing Planet feels really good and does a nice job of mimicking the feel of the real thing. Where I struggle with the game on a console comes in the form of choices they made for controls in the porting process from PC to PS4.

For example, during the opening tutorials, you’ll be asked to cast your line to a specific point. Later on, you get a reticule that lets you quickly aim and cast without much issue, but for this opening mission you need to awkwardly look up and cast in the hopes you’ll hit the right spot.

Once you have the ability to aim and cast, it’s just a matter of hitting the trigger at the correct moment on your power meter. It’s just odd that this reticule doesn’t show up until later. Other things like adjusting the drag, trimming the line, or switching bait are all fine and sensible from a control standpoint.

Once you’ve finished the training, you can participate in missions, try your hand at tournaments and even go online to see how you fare against other players.

What we have is a sweeping set of controls that quickly become cumbersome and confusing when you’re trying to set up your rod, customize your equipment, and get out to the lake or river you’ve chosen.

Navigating the store’s menus is bearable, but let’s say you want to set up a rod. You’ll need to use D-pad’s up and down buttons to navigate the categories, and then the right stick to select your option from the inventory. While doing this, you’ll also need to select your rod with the left stick and things quickly become a jumbled mess for something as simple as changing out a few items.

I do think it’s something you could get used to with enough time, but the layout seems far too complicated for something that should just be doable using a single analog stick. The issue partially extends to the lake and river overviews, where you need to use a combination of controls to select things like the fish information.

Despite this, as I said earlier the actual fishing is fun and realistic. Part of me wishes there was a little more fanfair, like an underwater cam to show the fish fighting with you as you reel it in, but the experience by and large feels true to life, and the options are certainly there to get as deep as you want into the mechanics and various options for equipment and bait.

An Excellent Attention to Detail 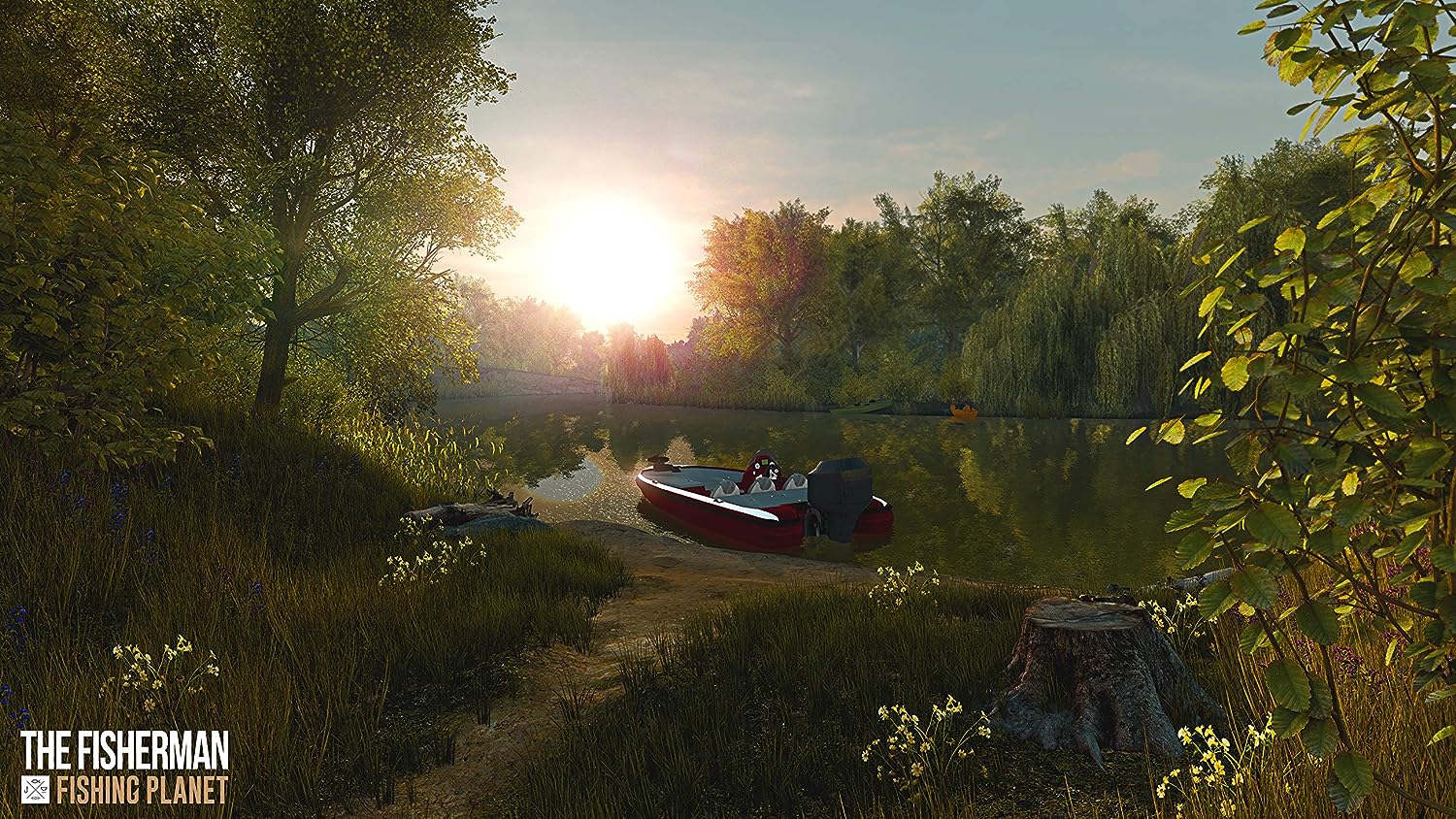 The Fisherman - Fishing Planet prides itself on realistic visuals and detail, and in that regard the game succeeds in a lot of ways. The character creation is pretty barebones, but it does give you a persona to pose with your catch when you’re using the photo mode.

The environments look convincing, with nicely detailed water, trees, weather, and local fauna. As you would expect, the fish are the true stars of the show, however. They realistically pull, splash, jump and fight against you when you’re reeling them in. Moreover, the water itself reacts to every detail, which really sells the simulation as a whole.

In terms of content, The Fisherman - Fishing Planet makes good on its promise to be the gold standard in the genre. I certainly can’t argue with the amount of options here. While I wish the control scheme had been better suited to consoles, anglers both new and old will find a lot to love about this detailed and realistic fishing experience.

A copy of The Fisherman - Fishing Planet was provided to PS4 Experts for review purposes.