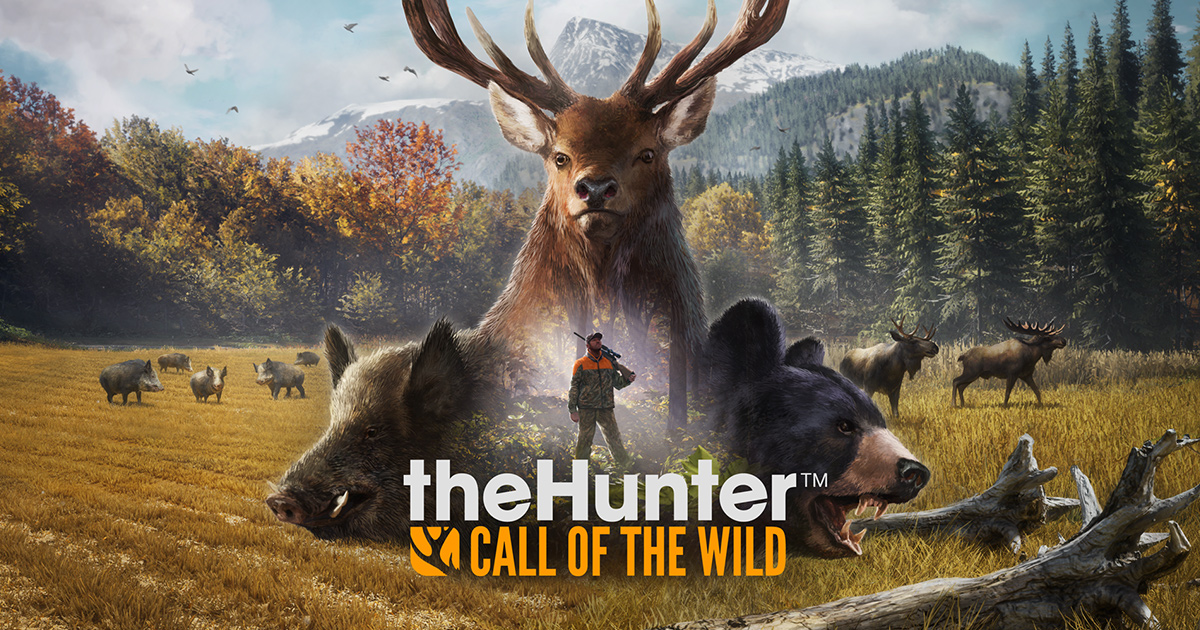 Hunting is something we’ve seen in video games before, but it’s often portrayed as a shooting gallery or an arcade game. In reality it’s a very methodical and slow sport that requires patience and dedication. It’s within that realm of realism that theHunter: Call of the Wild finds itself on the PS4.

At a quick glance, theHunter: Call of the Wild is the most realistic hunting game you can find on the PS4. Should hunting enthusiasts track this title down, or does it miss its mark?

When you first start a game in theHunter: Call of the Wild, you’re given tutorial missions and your first photography mission from a cheerful woman who contacts you over the radio. She also chimes in with information about the location you start in, offering facts and insight.

Her occasional input keeps things from becoming too lonely, as you’ll spend most of your time alone, and you’ll never see another person unless you’re playing online. Beyond the main focus of tracking and hunting your marks, the game offers chances to check out landmarks and learn more about the history and lore of the area.

The game offers two massive open world areas for you to explore, giving you complete freedom to explore to your heart’s content. While it does offer some guidance, the bulk of your time will be spent tracking and locating potential marks.

The first thing I noticed when I jumped into my game, was the serenity of the game’s world. The developers at Avalanche Studios have truly managed to nail the atmosphere of the great outdoors, and it’s readily apparent from the moment you start playing.

The extreme realism that the game focuses on is a double-edged sword, however. Hunting enthusiasts will feel right at home with the myriad of options and equipment choices, but beginners may feel overwhelmed. Furthermore, you can easily spend hours in the game without seeing or shooting a single mark.

The game’s animals are few and far between, requiring you to employ tracking and careful movements to get within shooting distance. Even then, things like wind speed and your position will affect the accuracy of your shot.

For someone like myself who has never been hunting before in real life, there was a steep learning curve to understand everything, and even then it took several hours before I bagged my first kill. Even so, it was easy to see the sheer amount of detail and authenticity to it all.

That experience may not be for everyone, and while there are some conveniences that make the gameplay easier to understand, I don’t think it would have hurt to offer a few more options for beginners or those who want to encounter more consistent wildlife. Even so, there’s no arguing that the experience here is extremely authentic.

The gameplay loop in theHunter: Call of the Wild focuses on finding evidence of local wildlife, such as tracks or droppings, and using that to hunt down a potential mark. Other things, like animal calls, can also be used to gauge how close you are.

Animal tracks appear as white or blue icons (if you’re actively tracking that one), so you won’t need to bring out your tracking skills thankfully. Once you get your mark in the sights, you can use binoculars to confirm the location before you ready your rifle.

You’ll spend a lot of time building to this moment, as I did several times. Readying that perfect shot is an incredibly tense and white-knuckle moment. It’s exhilarating, but the journey to get to that moment is one that some gamers won’t enjoy. If you’re someone who plays adrenaline-fueled shooters like Call of Duty, theHunter: Call of the Wild isn’t a good fit for you.

A few times I managed to graze my target, prompting another bout of tracking where I followed the blood spills, but only once did I connect with a killing shot. The moments between were actually kind of nice, offering plenty of beautiful scenery and calm atmosphere.

Once you come to one of the stations in the open world, you’ll be able to browse new rifles, tools, and rest to change the time of day. You can also pick up an ATV to get around faster. Skills points and funds are accumulated as you successfully hunt, offering the ability to expand your arsenal and your toolsets for different types of animals.

You’ll also have access to various scents and noisemakers that emulate different animal sounds. By expending some of your currency, you can build small towers and other useful structures around the open world in set areas as well.

There’s a lot of options, but you’ll need to pair the equipment you’re using with the target you’re trying to hunt. Bringing the wrong type of rifle or bullet to a bear hunt, for example, can quickly lead to you getting mauled by said bear.

Even though the learning curve was steep for someone like me, I still eventually got my footing in theHunter: Call of the Wild, and I really respected the detail and dedication that went into making it an authentic hunting experience. 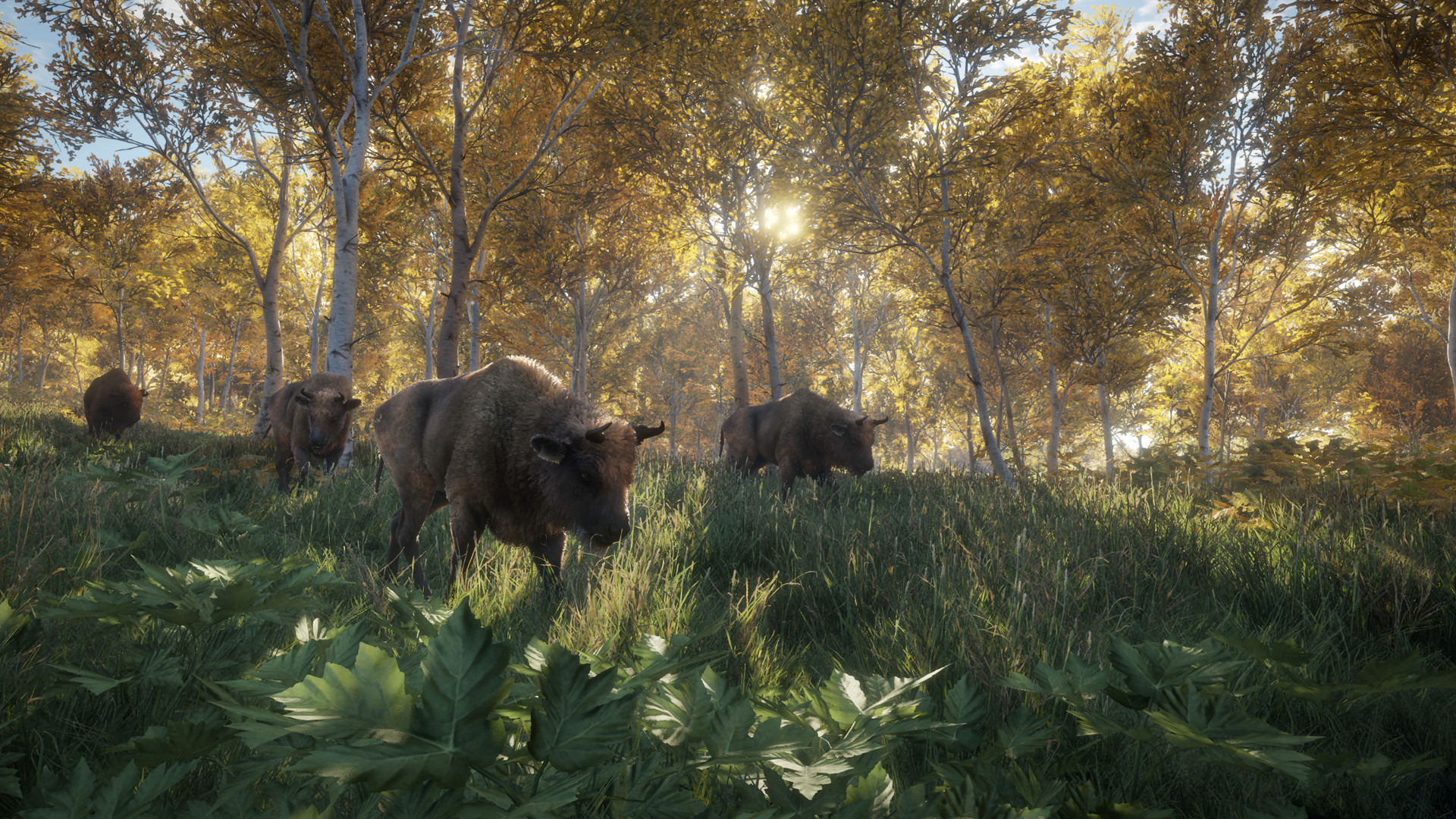 The graphics in theHunter: Call of the Wild are top-notch. The Apex engine that Avalanche Studios used creates a beautiful and lush world to explore. It’s not without its oddities and glitches, such as one where it took a long while to load the textures and remove the blur from the screen after I started playing.

Even so, the detail is incredible in the environments. I especially loved the way grass reacted to my footsteps and how it laid down flat when I crawled prone across the ground. Other touches, like the highlighted animal tracks and the ATV made great quality-of-life adjustments to the methodical gameplay.

I’m fully aware that theHunter: Call of the Wild isn’t for everyone, but if you’re a hunter yourself, or you want to try your hand at an ultra-realistic simulation of it, you can’t ask for much more than what this offers. It has a few rough edges, and the learning curve can be steep, but overall it’s a very impressive rendition of hunting, and one I would recommend to hunters in a heartbeat.

A copy of theHunter: Call of the Wild was provided to PS4 Experts for review purposes