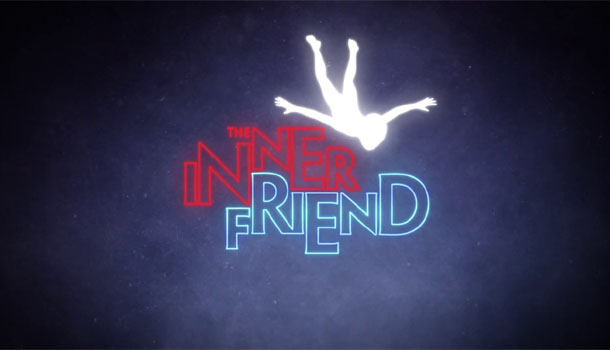 Psychological horror is a tough nut to crack, because the human psyche is vast and varied. What’s scary to some may not be that bad to others, and while trauma is universal, some themes speak more to one person than another as well. Indeed, mental or psychological anguish is something we’ve all experienced, but the experience is never quite the same.

The Inner Friend, a new psychological horror game for PS4, seeks to visualize the painful memories of a faceless character who has clearly been through a lot in their life. Does it balance horror with substance, or have you had this nightmare before? Let’s find out.

Memories of Pain, Brought to The Present

The Inner Friend will almost certainly grab your attention based on its style alone. The striking visuals are something we’ll go into detail about later in the review, but as the game’s strongest element, they make a good first impression.

The story in The Inner Friend is told without words, and instead seeks to give you context through the environments and visuals. This approach is difficult, but ultimately doable if you’re able to convey emotions and concepts through the events unfolding around you.

The Inner Friend succeeds in this regard, but it missed some opportunities in the storytelling for me. On the one hand, the setup where you play as the inner child of someone reliving their nightmares as you try to rebuild a safe haven in your mind is excellent.

This is conveyed through the gameplay structure, but there’s little to no context for what these memories mean beyond their surface-level symbolism. I say this, because I can appreciate the creepiness of a classroom taught by some sort of fungus monster, or a hospital full of people in gas masks spreading some sort of toxic smoke, or a museum of statues that will strike you down with their gaze, but what do these things have to do with a person’s memories? What do they signify?

I don’t expect, nor do I want the game to tell me outright, but I think there could have been more detail to the environments or more cutscenes to further illustrate the motivation behind these settings. The game does manage to whisk you away to an impressive number of environments in its two-hour runtime, but without additional depth beyond the concept that these are memories or nightmares, it fails to dive deeper into themes of the subconscious and trauma.

From a gameplay perspective, The Inner Friend once again provides some impressive variety during the course of the game. The gameplay is primarily puzzle-based, but the solutions vary widely as you progress. One moment you’ll be arranging books to block deadly beams, and the next you’ll be hopping between safe havens or seeking out a mirror portal while a grotesque monster chases you wielding scissors.

The game smartly waxes between creepy exploration and all-out horror, which helps avoid fatigue but also keeps you on your toes. There are plenty of things that can kill you, but not every level will present an enemy for you to escape from.

The structure is also nice, which has you returning to your “safe haven” to replace objects you found in the memories you’ve explored. Each time you leave this place, you begin free-falling into an abstract vortex of impossible structures, each of which hold a portal to your next destination.

Despite being a little too reliant on its style (which is amazing, don’t get me wrong), The Inner Friend works well with its combination of horror and puzzles. My only real issue with the experience as a whole are the controls. Movement feels slightly unresponsive and clunky, which doesn’t matter during exploration, but certain puzzles were an exercise in frustration due to the lack of precision.

Specifically, a puzzle that involves stepping on colored squares in the proper order was a serious test of my patience. This was due to the fact that the delayed and imprecise controls often led to me stumbling into the incorrect color, when I very clearly intended on going a different direction.

The solution involved positioning my character’s body in the direction I wanted to go before moving, almost like tank controls from the days of early survival horror. It didn’t work well here because the slight input delay meant I didn’t know which way he would go until it was too late.
If there was a way to tighten the controls here and reduce that input lag, I would be more inclined to praise The Inner Friend, but as it stands the game frustrates far more than it should in the span of a few hours.

A Bold and Striking Presentation 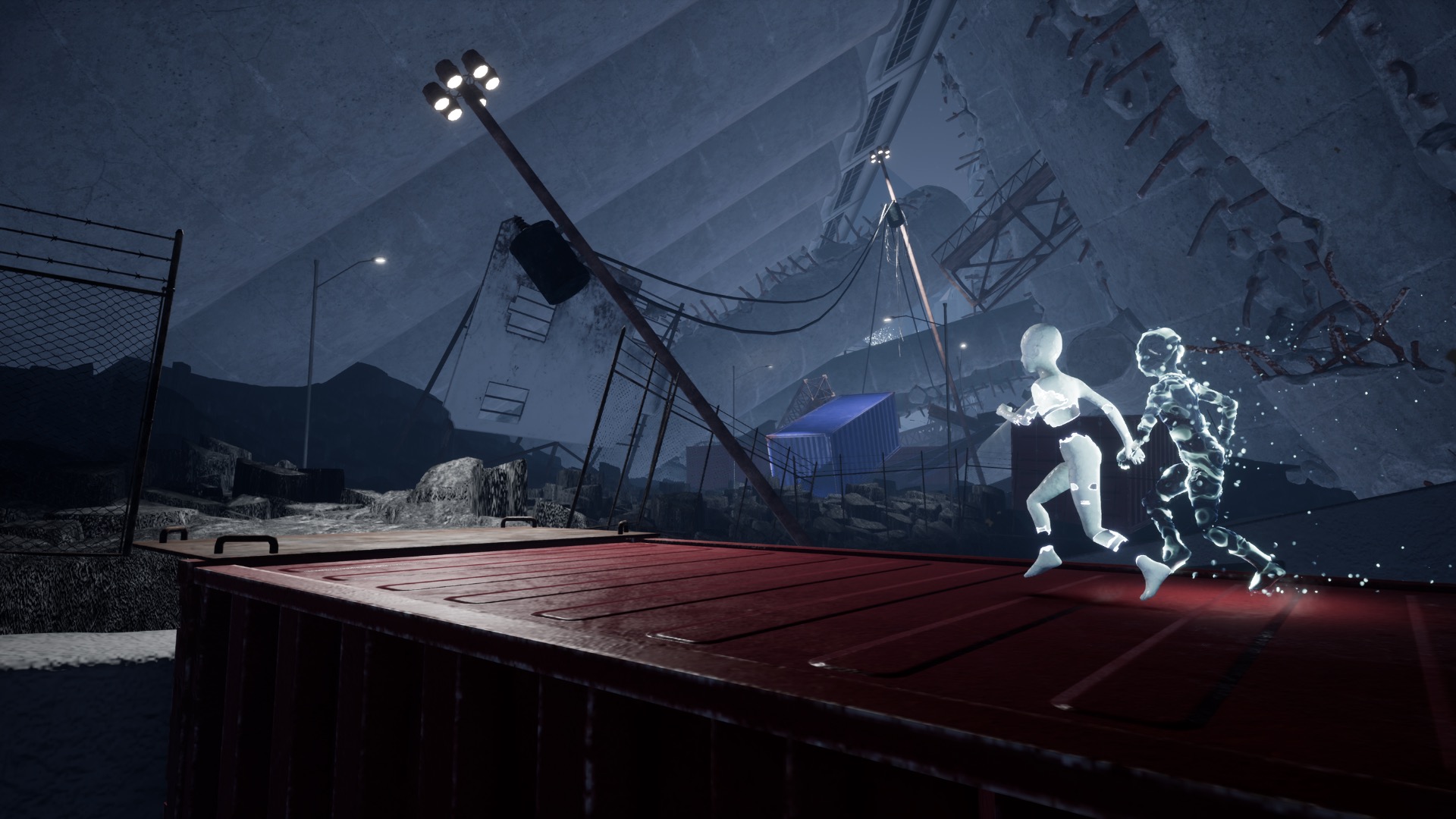 In terms of presentation, The Inner Friend absolutely succeeds in striking out with a unique and haunting art style. The lack of faces in the game (replaced by either fungal-esque growths or simply a gaping hole that exudes bright light) immediately sets an unsettling atmosphere into place that’s built upon by the impressive number of locales.

There’s much to be gleaned from the subtle touches in both the characters and the environments as well. The way the main character is cracked and fragile makes the journey seem ever more daunting as you progress. Enemies are suitably disgusting, with the aforementioned growths, saggy skin, and a fully nude form that exposes all of their blemishes.

Whether it’s intentional, or to keep the game’s rating in check, I thought it was interesting that the enemies themselves are nude but lack any genitals. I imagine it was a stylistic choice to keep the M rating, but it also dehumanizes them to the point where they look like uncanny monsters from top to bottom.

Despite frustrations from the controls, The Inner Friend manages to largely succeed thanks to its stunning visuals and variety of gameplay elements. Horror fans and those who enjoy digging deep into symbolism and metaphor will enjoy the experience, but even they may find themselves wishing there was a little more context to go on.

A copy of The Inner Friend was provided to PS4 Experts for review purposes.