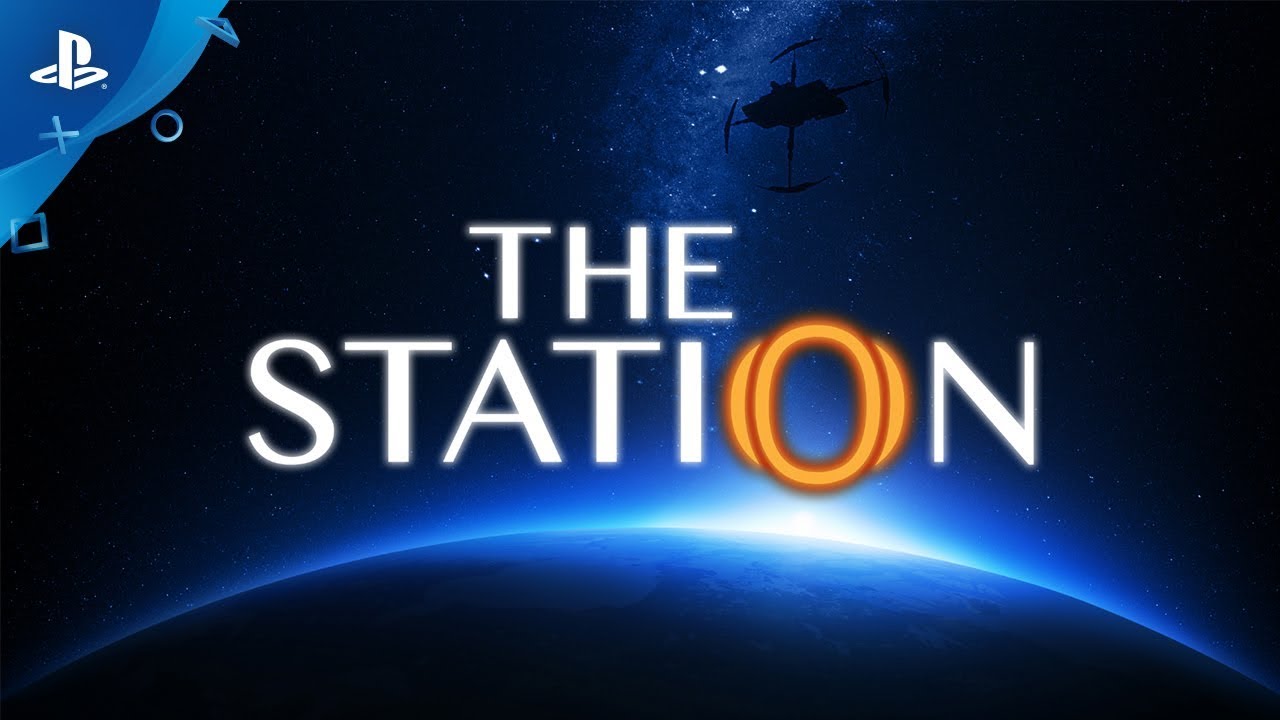 Some of the best experiences on the PS4 are short and straight to the point. While it’s always nice to have a sprawling RPG in your catalog, sometimes it’s better to just play a quick story that sticks with you. The Station seeks to scratch this itch with a short, but succinct science fiction tale.

You play as a recon specialist sent to investigate the disappearance of three crew members who were supposed to be monitoring alien life on a planet plagued by civil war. Once you arrive, the mystery begins to unfold. Does The Station offer a compelling narrative and a memorable experience? Read on to find out.

Strong Atmosphere and a Memorable Tale

The Station begins by setting up the premise: you are a recon specialist sent to investigate the Espial after the crew mysteriously disappears. The Espial is a space station designed to covertly orbit and observe a planet that has alien life.

Two factions on the planet surface are engaged in a violent civil war, so the goal of the mission is to remain undetected.

Of course, a malfunction causes the station to lose its cloaking, thus catching the eye of the planet’s native inhabitants. After the station goes dark, you are sent to investigate. When you arrive, the Espial is a place frozen in time.

The Station nails its atmosphere from the first moment you take control. The dark and metallic corridors are made even more menacing with crunchy sound effects and the soft glow of artificial lighting. If feels like something is going to jump out and attack you, but it never happens.

Despite not being a horror game in the traditional sense, The Station still manages to capture a feeling of ominous terror and tension throughout the experience. You’ll learn more about the crew members through audio logs, text messages, and emails you find in their personal terminals.

While The Station is only about 2 hours long, it’s worth it to take your time and absorb the environments. There’s an excellent level of detail in many of the rooms. The personal quarters of the crew members are standout examples.

Some of the more basic rooms and hallways can become repetitive, but on the whole I really enjoyed the layout of the Espial. One perfect example of the environmental storytelling, is an exhibit designed to showcase the technology behind the Espials cloaking.

The interactive exhibit allows you to read about the technology and experience it first hand with a small model that you can interact with. Without saying a single thing, this moment conveyed a huge amount of information about the game’s world and technology.

I felt like a tourist in a museum from the future. Little moments like these illustrate how The Station is able to tell its story through a variety of interactive mediums. While it is short, the ending is excellent and very profound. I still think about the implications of those final minutes, long after I finished playing. 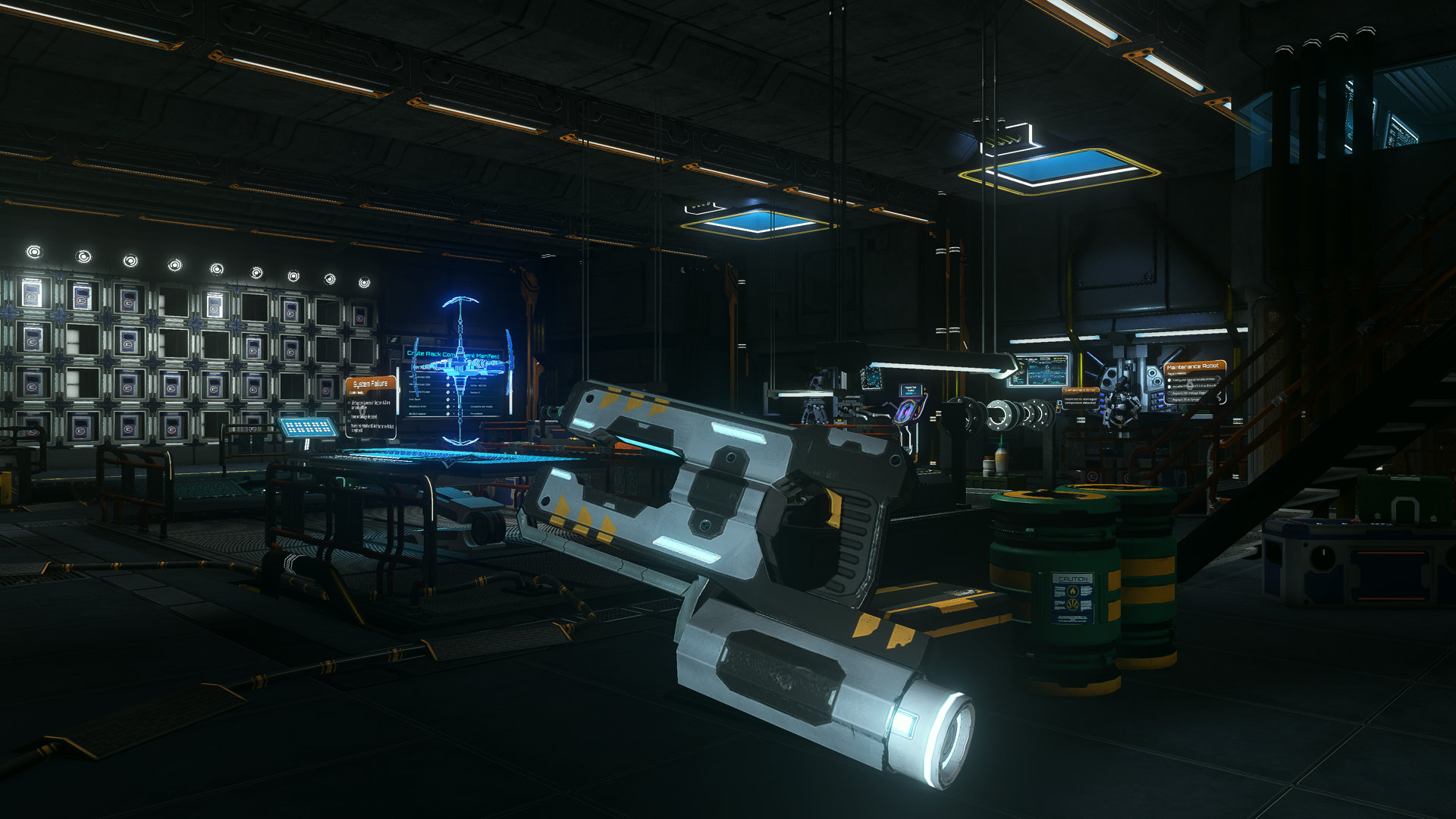 The Station conveys its story and narrative primarily through interactions with the environment. There’s a wide variety of items that you can pick up, inspect, and engage with. This is one of the game’s strongest characteristics as it helps immerse the player into the world.

There are also puzzles added into the mix, but I felt like they weren’t completely necessary. They are perfectly capable and designed well, but in my opinion they distracted from the overall narrative and atmosphere, which is where this game shined.

Since the length is already fairly short, the puzzles almost felt like a way to pad out the experience. Duration is not an issue when your game tells a great story, and The Station does that in spades. The puzzles, if anything, hurt the pacing more than they helped.

Despite the oppressive atmosphere, The Station doesn’t throw any monsters or enemies at you. This is fortunate because the frame rate had some serious drops for me during my playthrough. Since the game moves at a slower pace, these issues didn’t affect the gameplay directly, but it did detract from the immersion for me, as framerate issues often do.

Sleek Style With Some Rough Patches

The dark and gloomy corridors of the Espial pair well with the bright colors and neon glows of the ship’s panels and architecture. The voice acting in the opening scene comes across a little stilted, but the performances from the crew members in voice logs are all perfectly believable.

I enjoyed the level of polish on the visuals and the distinct style conveyed throughout The Station, but the performance drops hurt the overall experience for me. Despite that, the story and the Espial itself is still memorable enough for me to recommend this experience.

A copy of The Station was provided to PS4 Experts for review purposes. PS4 version was reviewed using a PS4 Pro