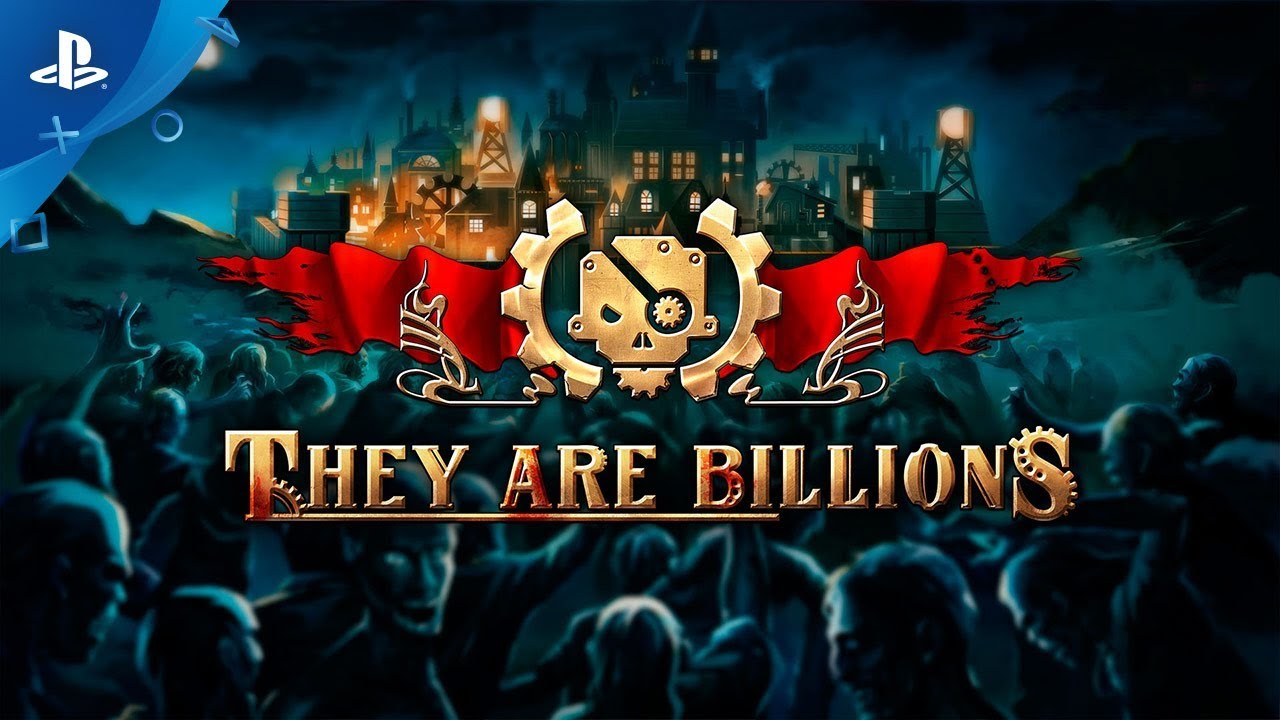 As someone who grew up playing RTS games on the PC, I’ve always been a fan of seeing the latest and greatest strategy titles coming to PS4. Developers have gotten really good at adapting the inputs to a controller as well. Naturally, with the splash that They Are Billions made on PC, I had to check out this latest strategy title on PS4.

Set in a steampunk world infested with billions of shambling zombies, you must build a colony that can withstand the hordes. It’s far easier said than done, which begs the question: should you strive to thrive in this harsh world, or does this game devour all of your fun? Let’s find out.

Strategy Meets Horror as The Hordes Shamble Ever Closer

One thing to address first and foremost in the lack of a campaign in the PS4 version. It’s true that the PC version received a full campaign a week prior to the console port, but when you boost up the game on your console, there’s no campaign to be found.

The developers have said they will add it later. It was free for PC players so I assume it will be a free update for console as well. It’s a shame I couldn’t test out the campaign for this review, but I’ve been told that the survival mode is where the game found its success in early access, so at the very least we have that here, along with a challenge mode.

The survival mode here offers difficulties that span the number of zombies in the world, and how much time you have before the big horde arrives. Playing on easy gives you a low population and 150 days to prepare, but don’t expect to last that long in the beginning.

You start with one map, but four are unlockable as you progress. Keep in mind that, while the number may seem small, the maps are randomly generated each time, so it’s really just about the aesthetic.

I would classify They Are Billions as a hybrid of RTS and horror. Allow me to explain. You start with nothing but a home base, a few archers, and a soldier. You are completely vulnerable in the early days of your survival run. You need to set up tents to produce workers, a sawmill near the forest for wood, a hunter’s cabin for food, and a quarry for stone.

Fishing is also an option too if you’re near water. All of this begins the slow and painful process of gathering resources, which would be fine in any other RTS, but not here. In They Are Billions, time is your most precious currency, and you have very little of it.

Zombies will start to wander into your base within the first 7 days. It’s just a few to start, but they can really catch you off-guard if you’re not looking. The rag-tag group of fighters you start with can take them out, but infection spreads insanely fast if one slips by.

Once the zombies infect a building or tent, the people within are immediately turned. What starts as one or two zombies can become ten within seconds. It’s absolutely terrifying. I know what you’re thinking: just build defenses. Well, sure, that’s one strategy, but resources are insanely scarce in the opening days of survival mode.

This can change based on the map layout you get (so random generation does play a role in your overall success, at least early on). You won’t be able to get walls and towers up fast enough, so you’ll need to a military building up sooner than later to produce troops.

It’s interesting because you start out with wood walls and simple soldiers that often fire rifles or even bow and arrows. It’s humble beginnings, but They Are Billions rewards skilled players with impressive steampunk structures and defenses if they can survive long enough.

It’s a difficult game to be sure, and my first several attempts barely lasted more than a week. It does save at certain points, but save scumming is impossible here, so be ready to fail like you’re in a punishing roguelike. As time went on, I started to make it longer, but I’m still working towards that goal of surviving to the end.

You’ll get your money’s worth, especially when you consider the scoring system that takes into account your difficulty settings. Winning on every map should keep you busy until the campaign eventually drops. It starts out somewhat frustrating, but They Are Billions rewards risk takers and those who are willing to make mistakes in the interest of becoming better for the next run.

Overall, I didn’t miss the campaign too much, but I wish it had been available at launch. The core experience is enough to justify the price point for sure, but there are some issues with this console port.
For starters, the lack of a tutorial means you’ll need to read the help section of the main menu for any clue on how things work. This wouldn’t be too bad, except the text on a 65-inch screen is insanely small. I have decent eyesight, but I can barely read the text anywhere in They Are Billions without squinting. Some kind of UI scaling for TV screens would be a massive welcome, but as it stands, this is the kind of texts ants would be comfortable reading.

Then there are the controls. They Are Billions does indeed support mouse and keyboard on PS4, and this would be the most comfortable way to experience it, but for those using a DualShock 4, it’s a mixed bag. On default, the left stick controls the cursor like a mouse and it’s way too sensitive. Turning it down makes things easier, but the menus are laid out like the PC version, with no radial menus or changes to make console player’s lives easier.

It feels like a straight port of the PC version, even down to the unit selection, which makes you click and drag with the left stick and the X button. It’s not ideal by any means, but you do get used to it. The ability to pause the game using a button in the bottom left corner of the screen also lets you make actions without time pressuring you, so players in the thick of it may want to use that while they wrestle with the DS4 controls.

I left these issues for later in the review, because, while they are valid, the immediate impression from They Are Billions in positive, and I wanted to reflect that in my review. Despite a poor translation to DualShock 4 controls and the tiny text, I had a good time holding back the hordes.

A Slick and Steampunk Style

They Are Billions has a distinct art style that really helps it stand out from other RTS games on the PS4. With a decidedly artistic look, the game’s buildings, units, and enemies all have a distinct look and animate very well.

The general haze over everything also helps it feel like the hopeless world it’s supposed to be. I’m hoping the campaign that will eventually come to the console version fleshes out the world a little, but the core experience here looks and plays very well, even if the text and controls aren’t suited very well to console players.

They Are Billions could have been the RTS to beat on the PS4, had it come complete with a campaign and offered better DualShock 4 controls. As it stands, with the issues in the current version, I still recommend it for RTS fans as it has a strong premise and core gameplay loop. You may want to bring your own USB mouse and keyboard to the party, but if you can look past the controls, there are plenty of hours to be lost trying to conquer the zombie hordes.