The original Unearthing Mars had a bit of an identity crisis on PlayStation VR. The story had potential, but the gameplay was fractured into too many different parts for it to feel like a cohesive whole.

One thing everyone did love was a short shooting section near the end of the title. The developers took this concept and expanded it into a full sequel with Unearthing Mars 2: The Ancient War. Does this new approach make for a fun rail shooter, or will this war be forgotten? Let’s find out.

A Marked Improvement Over its Predecessor

Doubling down on the best element of the original Unearthing Mars was a smart move on the developer’s part. While the first game in the series had some interesting elements, it was ultimately an identity crisis that ended up being its undoing.

Unearthing Mars 2: The Ancient War, picks up after the ending of the first game and offers some intriguing exposition before getting us into the action. The idea that an advanced civilization existed before humans has always been a fascinating concept for me, and the addition of pursuing the missing person from the first game also lays a nice narrative groundwork.

The opening of the game is actually a lot longer than I expected. The voice acting ranges from okay to cheesy, but the general themes and the lore at play here had a lot of potential for me. While it’s not completely harnessed, it does make for some very cool visuals in VR as you explore the simultaneously ancient and polished technology of the game’s environments.

So, while the story could have been far more fleshed out, the earnest delivery brought back fond memories of games like House of the Dead and Time Crisis. This feeling continued as I jumped into the game with the Aim controller for PSVR.

You have some limited input as to where you go, but the game is largely on rails. Aiming and shooting with the Aim controller feels pitch perfect. There’s a decent amount of weapon variety as well, offering your standard rifle, shotgun, and explosive rockets.

A sort of adrenaline mode, called Focus, also lets you slow down time and pick off enemies in rapid succession, something that never got old for me. The boss fights were also a highlight. For example, an early one had me facing off against a huge monster that would charge toward me. By using the analog stick on the Aim controller, I could move to one of several predefined locations in the arena.

Doing so would allow me to leap through the air, deftly dodging the attack, while also offering a fun slow motion dive and opportunity for me to get a few shots in. Unearthing Mars 2: The Ancient War may not redefine the rail shooter genre, but in PSVR it made me feel like a total badass.

While it is indeed fun, and the story, while cheesy, had a lot of promising elements, Unearthing Mars 2: The Ancient War is not without flaws. The gameplay feels great, but it can get repetitive. Once I figured out the various enemy types, the later levels turned into routine shooting galleries.

There were times when environmental options would mix things up, but these kinds of things were too rare. Unearthing Mars 2 could have benefited from more variety like this in the moment-to-moment gameplay.

The environments themselves start to become repetitive as well, with some levels stretching across numerous corridors that all start to look the same after a while. Finally, the length of the game at around 4 hours left me wanting a little more substance. 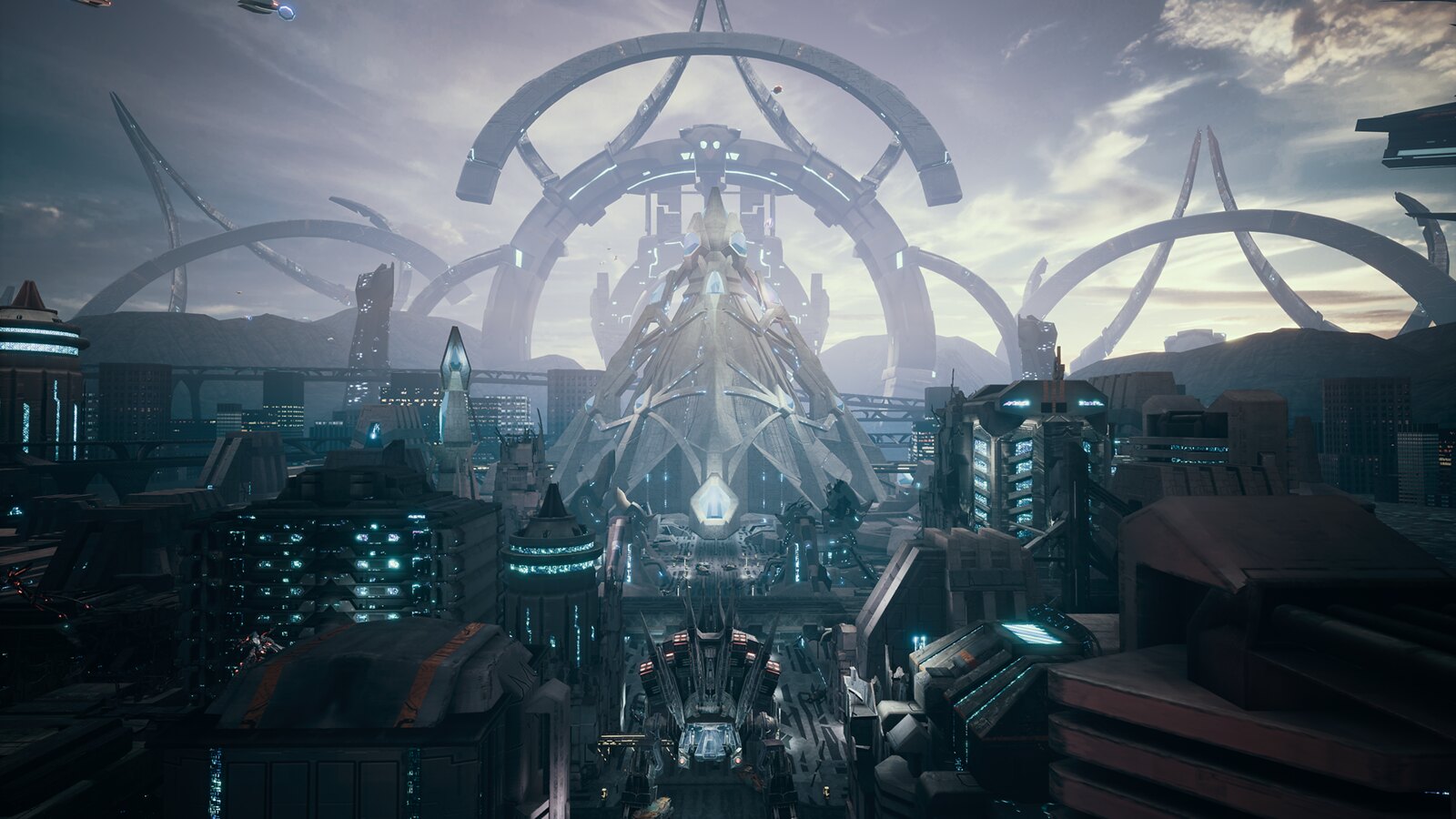 Unearthing Mars 2: The Ancient War has a sleek visual style that I really liked. That being said, in PSVR the visuals were a mixture of sharp moments and others that came across a little blurry when the action heated up.

The support for the Aim controller is superb here, but the fact that the game becomes repetitive, both visually and in the gameplay, hurts the experience. If we only have four hours to work with, I would have liked to see a little more variety between the bombastic boss encounters.

All-in-all, fans of classic rail shooters with an Aim controller will find a lot to love here, but it’s not going to dethrone the classics. Despite this, the developers at Winking Entertainment clearly know what they are doing.

Here’s hoping an Unearthing Mars 3 will come along some day and give us the shooter in PSVR we’re all waiting for.

A copy of Unearthing Mars 2: The Ancient War was provided to PS4 Experts for review purposes