Some of the most compelling games on the PS4 came about as a result of genre mashups that had no business being together. That being said, sometimes this type of experiment ends up mixing like oil and water, which is to say, not very well.

VROOM KABOOM combines elements of vehicle combat with tower defense and deckbuilding into one title. It’s time to find out if this combination is an explosive treat, or if this idea is going to blow up in your face.

An Explosive Combination of Mechanics

The list of features and options in VROOM KABOOM is pretty impressive. Not only can you play the game’s single-player campaign levels, but there are three factions, VR support, and several multiplayer modes as well.

The goal in VROOM KABOOM is to destroy your opponents base by sending various types of vehicles towards it in a fashion similar to a MOBA. Your units are composed of cards, which you can build into decks between battles.

Recycling cards give you some precious resources that you need to summon various vehicles, but you can also collect more on the road between your base and the opponents. Placing a vehicle onto the road automatically sends it towards the base, but you’ll have the option to take control of them at any point to defend or attack other enemies on the road.

Specific abilities are given to each vehicle, ranging from a boost, to weapons, to the ability to ram others off the road. To be effective in battle, I found that I needed to take control more often than not, or my vehicles would be gone before they could attack the enemy’s base.

Once in control of a vehicle, you can change lanes through a somewhat sluggish movement mechanic, and trigger your vehicle’s ability, but that’s about it. If you manage to reach the enemy base, you’ll need to make sure you launch your vehicle into the structure using nearby ramps to cause the most damage.

You can even pick up mines on the road leading up to the base, which raise the damage done if you reach your final destination. The game’s latest patch also adds in a cockpit view, along with a much better tutorial that better explains the basics.

In practice, it’s pretty fun, and the vehicles do have some nice variety. The problem is that there’s very little variation between matches or factions. As I mentioned earlier, there are three distinct factions for you to choose from, each of which lets you customize your avatar accordingly.

The style varies widely between each one. One feels like it was pulled straight out of Mad Max, while the other has a kind neo-Tokyo feel, and the third has a decidedly industrial feel. From a visual standpoint, they are very different, but the vehicles for each feel very similar in their mechanics.

There is some opportunity to mix up your strategy with things like roadblocks, or boosts to your resource replenishment, but more often than not, I found that things quickly devolved into throwing cards on the road and hoping for the best as I switch frantically between them.

The addition of a VR mode is certainly nice, and it works well with the cockpit mode in the latest update, but ultimately VROOM KABOOM feels like the foundation of a great idea that lacks some of the depth you would expect from the individual genres that went into making it.

Essentially, we’re getting a sampling of vehicle combat, a heaping helping of deck building, and a pinch of MOBA. It’s a nice recipe, but it lacks that spice that would really make it a deep strategic and competitive experience. 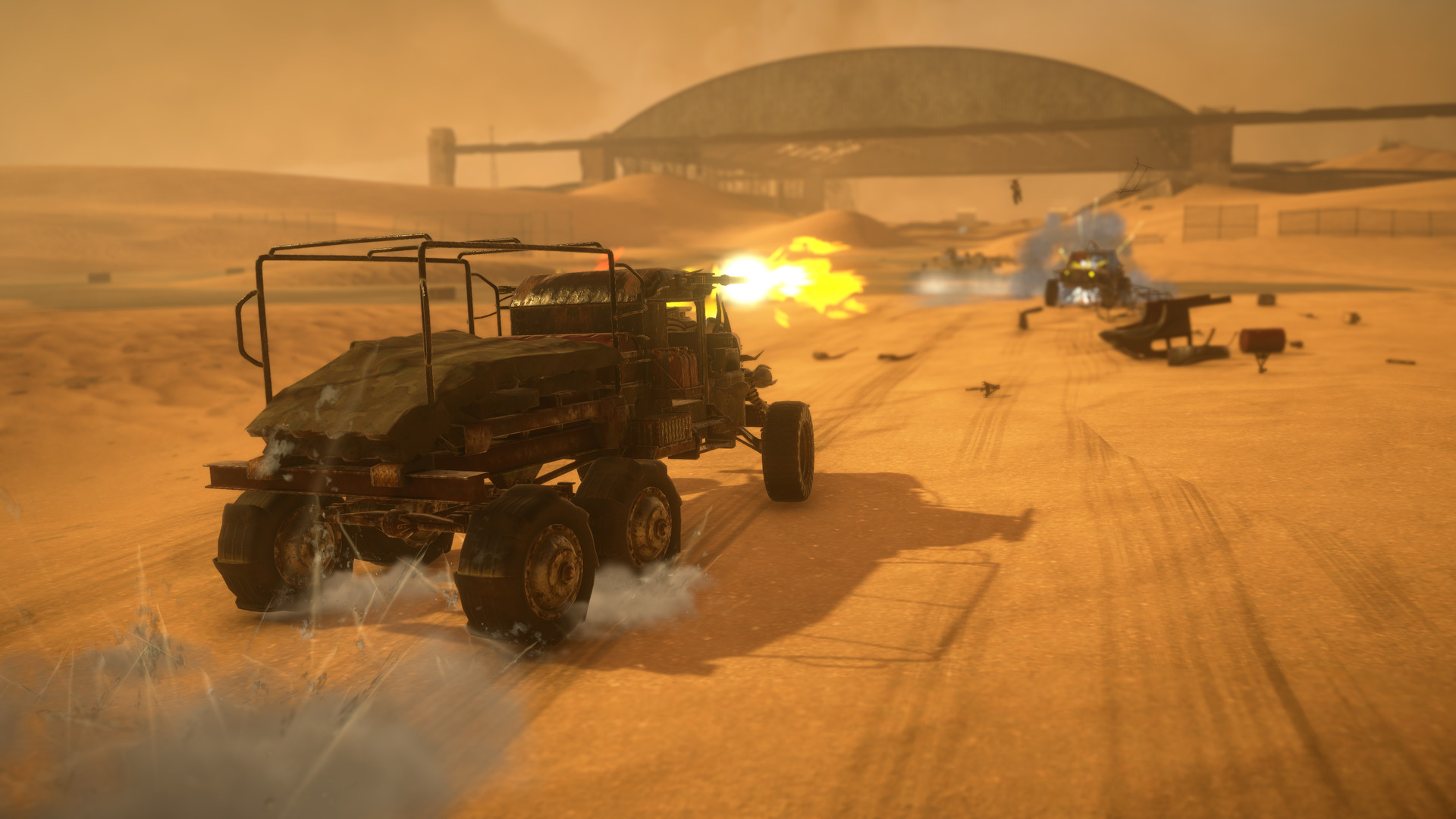 VROOM KABOOM is a nice looking game, with some great detail on the vehicles. You can even view their models in the game’s menu. The distinct artistic approach to each faction is also excellent, with plenty of variety in the visuals between each one. Unfortunately, those difference don’t translate to gameplay. The environments also suffer by being very bland outside the main road.

More dynamic environments or hazards would have been a great addition, for example, and a way to boost the strategic elements of the game. In the end, I really liked the idea of VROOM KABOOM, but in practice, the formula is simply too shallow to offer the kind of experience that fans of these genres are looking for.

What starts as an explosive entrance fizzles out far too quickly. Even so, there’s a free-to-play version of the game you can download to try out the formula for yourself. If you like the idea, I highly recommend at least checking out this option.