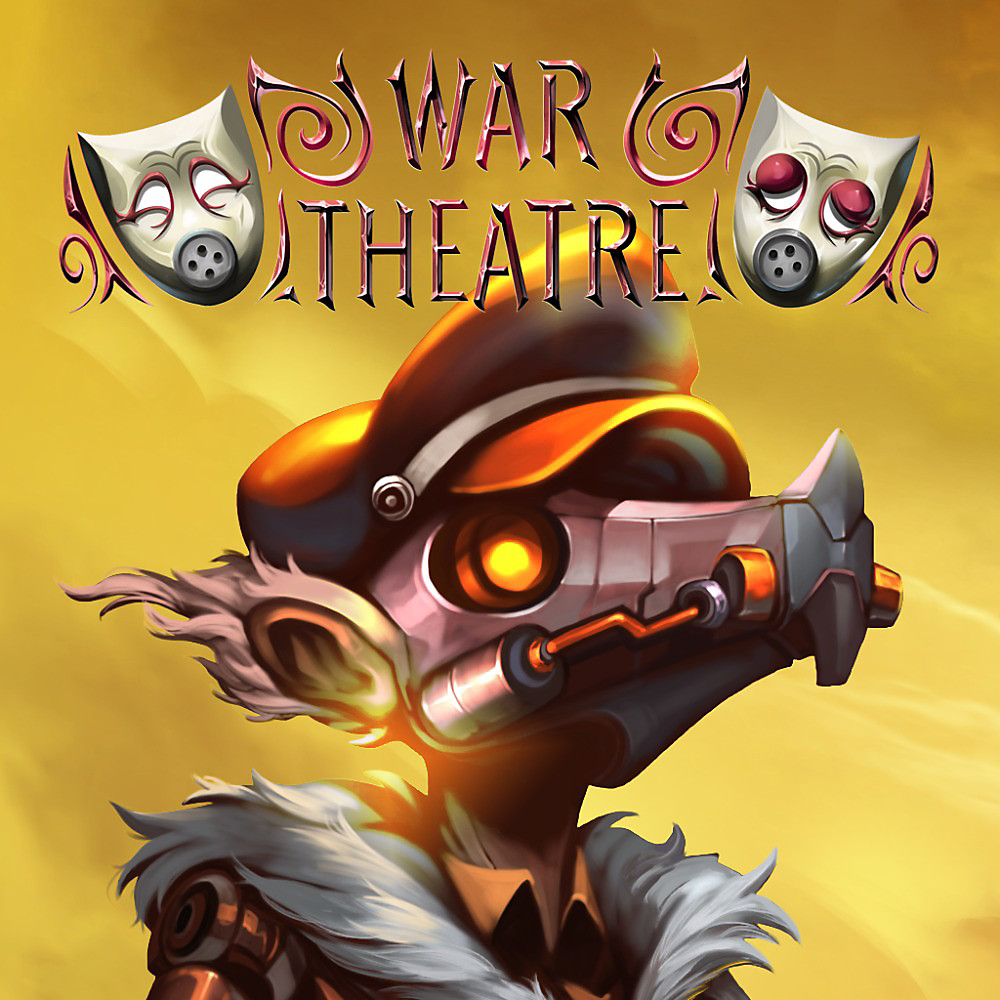 Turn-based strategy is a genre that feels underrepresented on the PS4, especially when you consider titles in the vein of classics like Advance Wars. Thankfully, if you’re a fan of games like that one, a new contender is here to test your mettle.

War Theatre for the PS4 is my first experience with a title from Arcade Distillery, but it makes a solid first impression. With a strong art style, uncompromising turn-based strategy gameplay, and plenty of battles to choose from, does this game conquer your expectations, or does it wave the white flag? Let’s find out.

A Strong Set of Mechanics With some Rust in The Gears

War Theatre immediately grabbed my attention with its art style, which combines a sort of post-apocalyptic look with steampunk and fantasy elements. Whether that comes in the form of hulking airships or rats dressed in goggles and armor, the game looks stunning.

Naturally, with this kind of first impression, I was eager to find out more about the world. War Theatre does feature a campaign with an impressive number of storylines which follow different factions and heroes, but it doesn’t have a strong backbone for the story or lore.

There are short cutscenes in the beginning of each missions with some character portraits and dialogue, but they do more to set up the mission itself than cement you in the greater setting. I would have loved some dedicated cutscenes, even simple ones, to flesh out the story further. As it stands, there aren’t a lot of threads that tie everything together.

Despite this, I still gathered some interesting tidbits of story from the conversations at the beginning of each mission. It was enough to spark my interest, but not quite enough to build out a satisfying view of the world.

Story aside, War Theatre offers a strong foundation of gameplay mechanics that will certainly please fans of classic turn-based strategy. Beyond the campaign, you’ll also have access to a skirmish mode if you want to jump into matches without any strings attached.

Without any difficulties to choose from, your only two options are to unlock perks to boost your chances of success, or simply practice and hone your strategy. I like the idea of the perk system a lot, but you don’t start with any to choose from, and the only way to gather gold to purchase them is to complete hefty goals throughout your battles.

This could be easily remedied with some starter perks to acquaint players with the mechanic (which is hidden behind a side menu only accessible from the main menu), and possibly some tweaks to the requirements by which gold is obtained. For example, simply offering some gold for victory in battle would help give the perks a more obtainable feel. As it stands, it may feel like a grind to get your first bonuses.

This also reveals a larger issue, which is the lack of any tutorials. Upon jumping into your first battle, it’s up to you to figure out how everything works. Thankfully, the design and layout is pretty intuitive, so I didn’t struggle for too long with understanding everything, but in modern gaming a tutorial is always welcome for players of different skill levels or experience with the genre.

Moving enemies across the 2D battlefield works well, and spawning new units from buildings you control is easily done. Your heroes will have their own unique abilities as well, but should be protected as their death will cause campaign missions to fail.

The hero abilities are varied, ranging from General Mort’s war horn to inspire or intimidate, to Sister Robyn’s healing ability. Ultimately, your success or failure will depend largely on how you leverage the inherent weaknesses and strengths of your units.

Unlike other types of strategy games, a title like War Theatre expects you to understand the rock, paper, scissors concept in regards to your units. Infantry may be weak against heavy units, but they excel at fighting airborne enemies, for example.

This type of information will help you position your units accordingly and set them up for success. Don’t expect the AI to roll over, though. They will move ruthlessly to attack, and will often leverage this balance against you.

When battles do occur, you’re treated to a detailed animations that show the two units and the aftermath of their conflict. This is once again where the art shines, and it makes for some harrowing moments during each battle.

Fans of turn-based strategy will find a lot to love about War Theatre. It lacks some elements that could help ease new players into the experience, and the thin story is a missed opportunity, given the unique nature of the world, but there’s no denying that those who want to test their strategic prowess will find the challenge they’re looking for here. 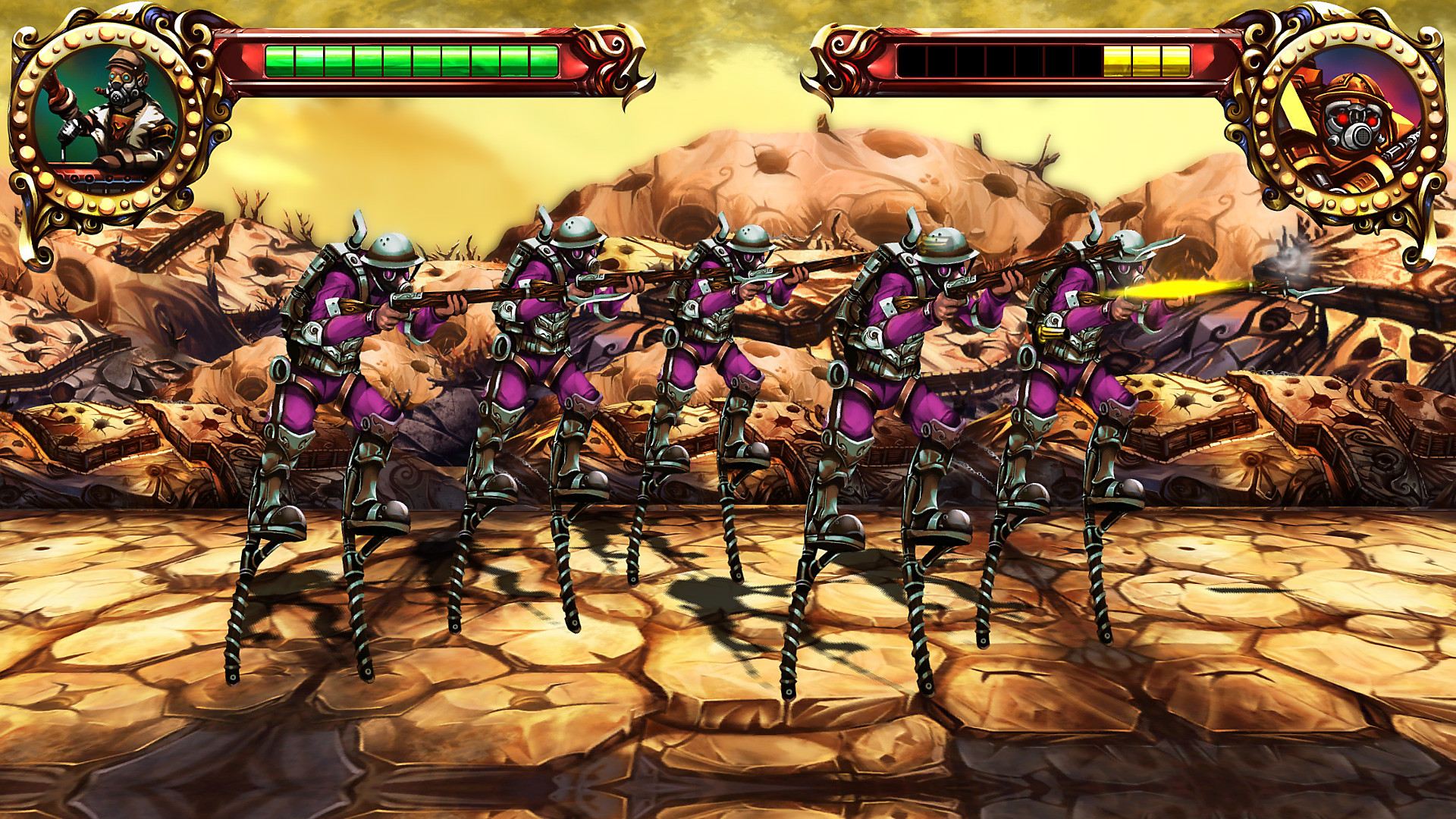 The presentation in War Theatre combines highly detailed 2D models for dialogue and actual combat, but the map where you move and construct units is pretty bare. This is common for this genre, but some additional flourishes would have gone a long way towards making the experience feel more immersive.

For example, the borders of each map are the same wasteland texture repeated to the edge of the screen. Buildings often look the same, and units are represented through simple models until they engage in combat (which, again, looks fantastic).

The same can also be said about the music, which again, has an excellent foundation, but doesn’t have the variety to carry it across long play sessions. While there are certainly some inconsistencies in the presentation, story, and overall pace of perks, War Theatre manages to come out on top, thanks to exquisite art and incredibly solid turn-based strategy gameplay.