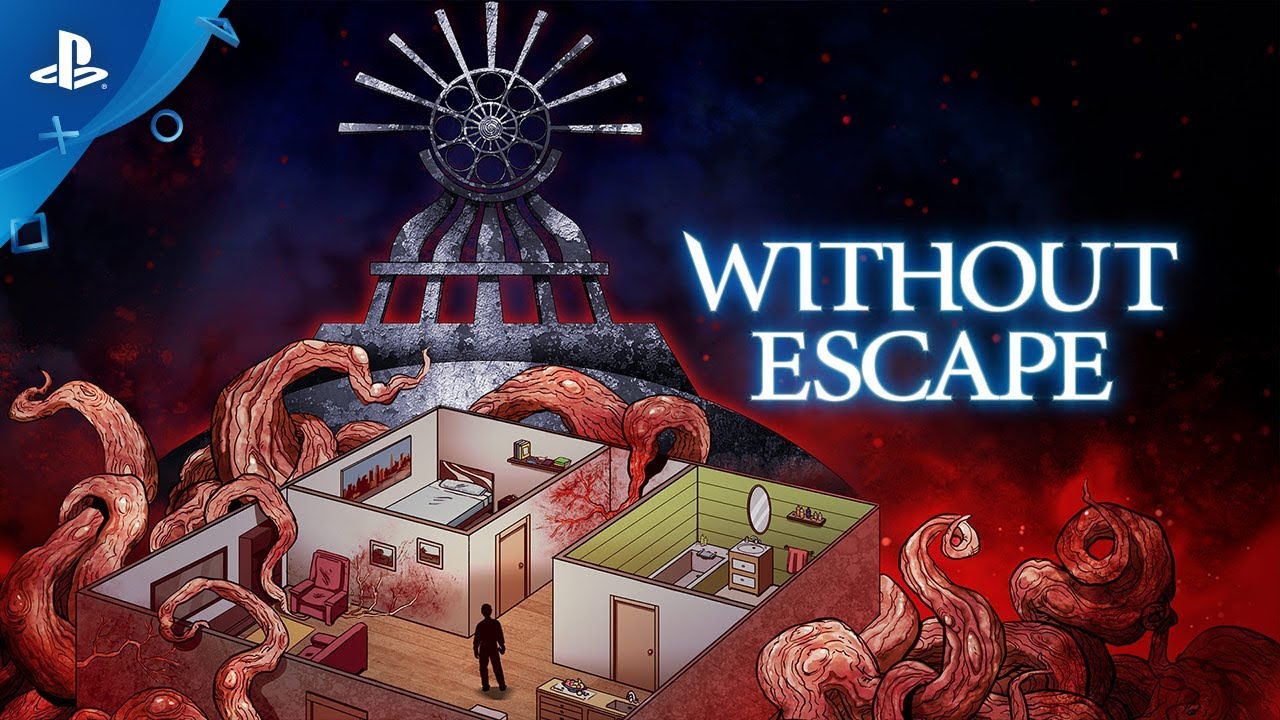 The 1990s was a wonderful time growing up as someone who loved point-and-click adventures. By using pre-rendered backgrounds, games like Myst and Riven were able to accomplish incredible graphics for the time and also run the games on modest hardware. I used to play these kinds of games as much as I could, looking for hidden gems and new experiences.

The genre has a special place in my heart as one of the first types of games I fell in love with. You can imagine my excitement, then, when Without Escape came along promising to recapture that classic look and feel in a point-and-click horror title. Having played through it and seen the various endings and easter eggs it offers, should you grab this $5 throwback? Let’s find out.

A Throwback That Hits a Lot of The Right Notes

To expand on my story above, one thing I used to do as a young gamer without something like Steam to give me new options is I would go to my local library and check out PC games. Yeah, libraries sometimes offer games. It’s glorious.

Since those old days of PC gaming didn’t often have serial keys in a lot of cases, I could install and play the game despite it having been used countless times before. It was through this exploration I experienced a lot of niche titles in the point-and-click genre.

Without Escape looks and feels like the kind of game I would have eagerly stolen off the shelf and paired with a few Stephen King books before heading to the checkout desk. I mean that as a compliment as it absolutely managed to feel like a classic title from the 90’s.

The pre-rendered backgrounds, icons, rudimentary inventory, it was all there. Now, Without Escape also bills itself as a horror game, so let’s talk about that first, along with the overall story. You play as an unnamed character that returns home to their parent’s house, only to find they’re not home.
But of course, they went to visit your grandparents, so they’re out of town. You resort to frozen lasagna for dinner and head to bed (your dinner being the first indication that this is a horror game). At 2:45 AM, a loud noise wakes you up, so you go to investigate.

What follows is a story that is mostly shrouded in mystery until the final moments. It starts with pretty basic events that unfold as you explore your house that seems to be locked from top-to-bottom until you find keys for just about everything.

After a few puzzles and keys reveal themselves, you find yourself suddenly thrown into an alternate version of your house that looks like it got ripped straight out of Silent Hill. Flesh and bloody instruments of torture adorn the walls. Lava boils beneath metal catwalks where your living room used to be, and new avenues open into surreal landscapes that boggle the mind.

Visually, I found it to be immensely unsettling. In fact, the game does manage to paint a thick atmosphere over everything. It’s never downright scary, and it didn’t make me jump or anything, but prolonged play sessions did leave me feeling unsettled from the imagery and the audio design.

The story itself is fine, but nothing too shocking. The writing is decent, but it sometimes feel awkward as the character tries to reconcile some of the things happening around you. I did appreciate some kind of explanation towards the end, and multiple endings let you see several ways it could all play out, some of which are harder to unlock than others.

The game also features a hilarious 90s easter egg that I would be sure to unlock, but I won’t spoil any methods here. Without Escape earns points from me for its creative story and atmosphere, but it could have done a lot more with the concepts at play, even if that just meant deeper descriptions from the main character.

In terms of the puzzles and gameplay, you’ll move the cursor around with the analog stick, but the game does have a button to slow down the sensitivity, which you will need to hit some of those pixel-perfect spots in the environment.

The puzzles have moments of intrigue, and a few feel like classic 90s solutions that kind of make sense? I would have liked more consistency in the difficulty of the puzzles instead of several hard ones peppered throughout. The others are really just hunting down keys and then trying all the locks to see which one works.

Again, there’s plenty of opportunity here to do more with the gameplay and leverage more creative puzzles, but what’s here works fine and the methods for some of the endings or secrets will require some out-of-the-box thinking, which helps add to the experience.

If it sounds like I’m being forgiving, it’s because I am. Without Escape is priced at $5, which means that I’m not going to be overly harsh with the criticisms here. There are plenty of things that could be better, but the game does a solid job of feeling like a throwback to nostalgic times for me, which is worth $5 alone in my mind. 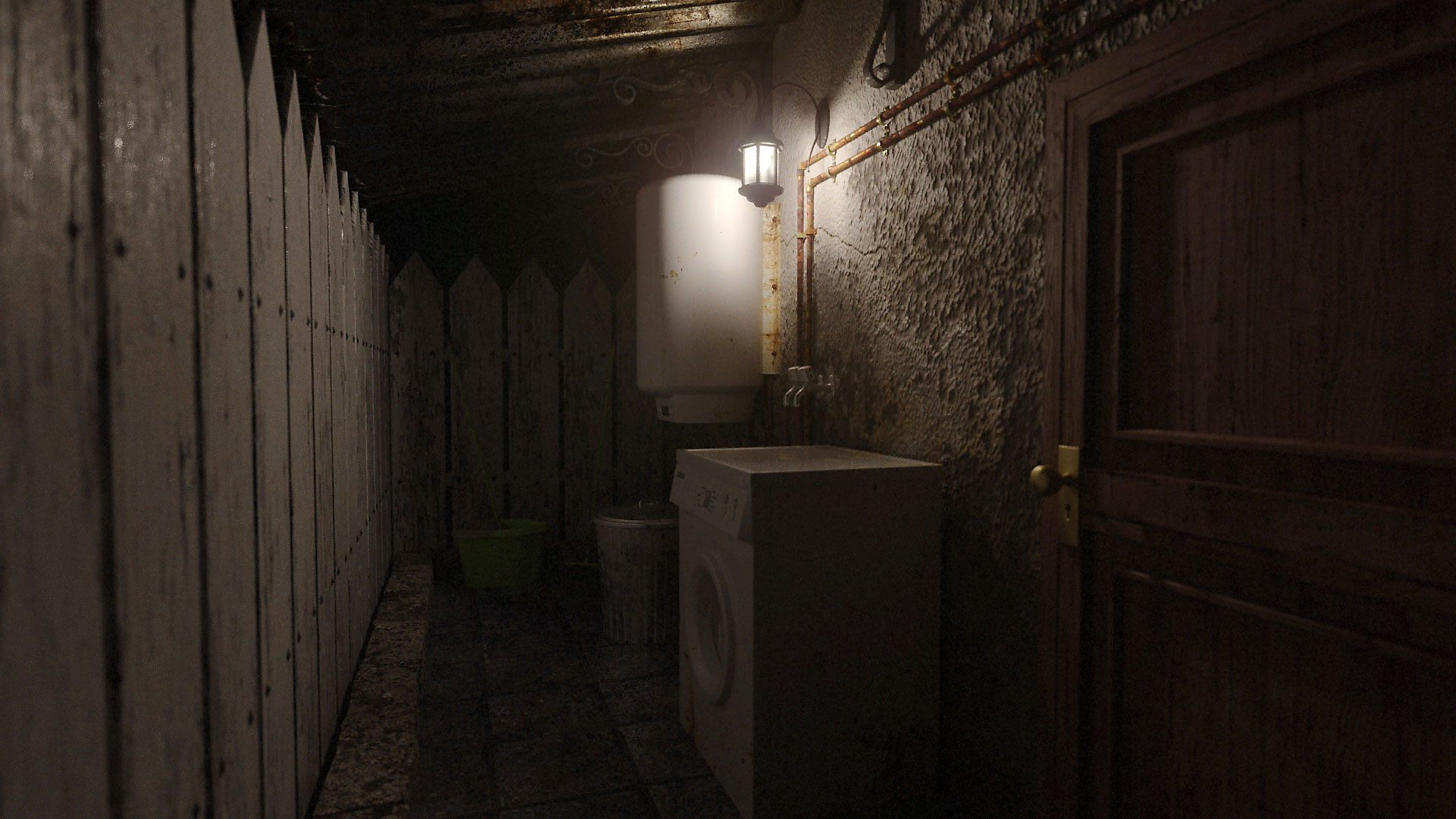 Without Escape earns a lot of its good will from me due to the visuals and audio. In regards to the presentation, the game really feels like a classic 90s point-and-click title, albeit with a lower budget.

Even the cutscenes in the game have that slightly lower resolution and sharp camera turns that screams classic PC gaming. While it didn’t scare me in the sense that I was terrified, I felt the horror vibe throughout and it unsettled me enough to pair well with the visuals on screen.

I would have loved better puzzles and a more consistently interesting story, but Without Escape’s budget price point allows me to forgive a lot of these things. If you cut your teeth on titles like this growing up, your inner child gamer will thank you for dropping a few bucks on this nostalgic experience. With several endings and secrets to unlock, you’ll also get your money’s worth, so it’s a win-win.

A copy of Without Escape was provided to PS4 Experts for review purposes.